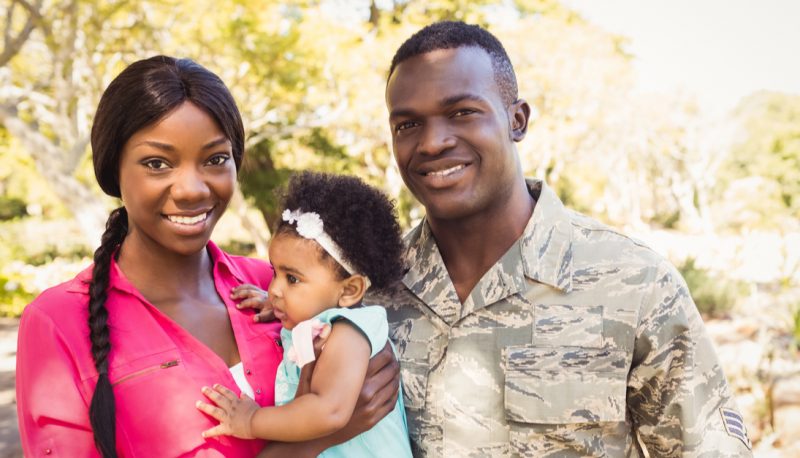 People For the American Way and PFAW’s African American Ministers In Action have long opposed vouchers that divert resources away from public schools that are meant to educate all students and put them in the hands of private schools that educate only a select few. Congress’ latest voucher scheme is a military education savings account plan that takes aid meant for public schools that educate children in military families and American Indian and Alaska Native students and turns it into a virtual “blank check” without meaningful accountability for parents or private schools. As they do with traditional vouchers, students would lose rights and protections and could suffer educational declines. PFAW and AAMIA stand with the National Coalition for Public Education in opposing this scheme. Our latest Senate letter follows below and is available here. Click here to view the latest House letter.

In effect, ESAs are no different than traditional private school vouchers; they transfer funding that would ordinarily support students attending public schools into an account for students to use on other education expenses, including private school tuition. Like vouchers, ESAs divert desperately needed resources away from the public school system to fund the education of a few, select students in alternative settings. And, a voucher funded by Impact Aid would take away critical funding from school districts serving the majority of military-connected students1 and funnel those federal dollars to private and unaccountable education providers for families who can already afford a private school education for their child. This would undermine the public school systems that educate the majority of military-connected students.

Furthermore, S. 2517 like all voucher programs, lacks accountability, would strip students of rights and protections, and could lead to declines in students’ educational outcomes.

Impact Aid provides funding to school districts that have lost local tax revenue due to the presence of federal tax-exempt land—such as military installations, Native American reservations, or national parks—and that face increased expenditures due to the enrollment of federally-connected students—such as children of military families and American Indian and Alaska Native students.2 As of 2016, Impact Aid provided funding to approximately 1,300 school districts enrolling more than 11 million students.3

Impact Aid funds the general operating budget of the school district and is necessary for implementing district- and school-wide programs. The funds serve all students in the district, and the school district can concentrate the funding where it is needed the most. For example, school districts use Impact Aid to hire and train teachers and staff, invest in technology, purchase buses and classroom equipment, and provide educational programming, including for students with disabilities. Turning Impact Aid into a per-pupil allocation would not only run contrary to the purpose of Impact Aid, but would also reduce the funding for these critical services that the school districts provide to all students. As a result, the majority of students, who would remain in the public school system, would have fewer resources.

Reducing Impact Aid funding for public schools would also place a great financial burden on the local community, which would be left to fund public schools with an already low level of local tax revenue. This is particularly unfair to these communities, as many federally impacted school districts pay higher than average taxes because of the lack of taxable property or taxpayers in their communities.

Congress would better serve these federally-impacted communities by fully funding Impact Aid instead of diverting federal funding into a private school voucher plan.

Military-connected students face unique challenges due to frequent relocations as well as the absence of parents who may be deployed overseas. These challenges are recognized by public school districts through coordinated academic transfer agreements in every state, as well as comprehensive systems of support for students, including professional development for school counselors, to ensure a safe and healthy learning environment. A redirection of additional resources away from public schools through any type of voucher program will only make it more difficult—if not impossible—for public schools to appropriately meet the needs of military-connected students and their families.

Public schools also meet the unique challenges that military-connected students face through the Interstate Compact on Educational Opportunity for Military Children, which is an agreement among states and school districts to address issues relating to enrollment, placement, attendance, eligibility, and graduation.4 The goal of the compact is to “reduc[e] the difficulty children of military families . . . have in transferring between school systems because of frequent moves and deployment of their parents.”5 The compact, adopted by all 50 states and DC, does not extend to non-public schools, and therefore would be forfeited by students whose families choose to participate in a voucher program.

The ESA program created by S. 2517 operates like a blank check for parents to use on virtually any expense related to their child’s education including uniforms, laptops, transportation to school, and college savings. Unlike other state ESA programs, which require parents to submit receipts demonstrating that the funds have been used for approved educational purposes, this program operates on an honor system where parents simply attest that they are using the funds for legitimate, reasonable educational purposes. Without any additional oversight, it is likely that these funds could be misused. For example, a parent could pay themselves for tutoring their own child in math.

S. 2517 also lacks other important accountability mechanisms common in other state ESA programs. For example, it does not require educational service providers to acquire accreditation status, to abide by nondiscrimination provisions, to implement testing requirements, or to report any program information publicly. In fact, as a clear signal about its intent to remain free from even basic accountability measures, the bill explicitly prohibits the federal or state government from exercising any oversight over the program.

Yet, the ESA program that S. 2517 would establish could be expansive. There is no cap on how many students can participate, and the vast array of allowable educational expenses range from private school tuition to summer camp to college tuition. Taxpayers should not be expected to fund a program that provides little to no accountability for how these federal dollars will be spent.

The Voucher Program in S. 2517 Would Not Benefit Military-Connected Families Who Cannot Already Afford Private School

The vast majority of military-connected families eligible for the ESA would receive $2,500 to use for private school tuition and other educational expenses. According to 2014 data from the Nation Center for Education Statistics, the average price of a year of private elementary school is $7,770, and the average annual cost of private high school is $13,030.6 Given that many private schools already provide financial aid to students, it is highly unlikely that $2,500 will put a private school education in-reach for many military families. It is likely, however, that families could use this $2,500 to place into a 529 account, which will provide no immediate benefit to that student in the current school year. Congress should not divide military families into haves and have-nots by subsidizing the education of children whose families can already afford private schooling, while at the same time redirecting resources away from the children who remain in the public school system and who count on Impact Aid to provide critical supports to their school.

Private school voucher and ESA programs are ineffective education policy. It is well-documented that private school voucher programs do not lead to improved academic achievement, and, in many states, can lead to a decline in achievement. Recent studies of the Louisiana,7 Indiana,8 Ohio,9 and the District of Columbia10 voucher programs have demonstrated that students who used vouchers perform worse academically than their peers. In addition, studies of long-standing voucher programs in Milwaukee11 and Cleveland12 found that students who received vouchers showed no improvement in reading or math over those not in the program.

Private schools that receive voucher and ESA students also do not adhere to all federal civil rights laws and public accountability standards that all public schools must meet, including those in Title IX, the Individuals with Disabilities Education Act (IDEA), and ESEA. For example, private schools can and do turn students away on the basis of students’ or their parents’ faith, sexual orientation, gender identity, disciplinary history, and disability. Private voucher schools also do not adequately serve students with disabilities, often failing to provide them the same quality of services they would receive in public schools, including those mandated under each student’s individualized education program (IEP).13 Moreover, vouchers and ESAs violate religious liberty by primarily funding religious schools. Parents certainly may choose such an education for their children, but no taxpayer should be required to pay for another‘s religious education.

The very families S. 2517 purports to serve are the same who have rejected turning Impact Aid into a private school voucher program. The National Military Family Association has already opposed this proposal to divert Impact Aid from schools that educate military-connected students14 and the Military Officers Association of America has expressed similar concerns.15 The Military Coalition, a consortium of uniformed services and veterans organizations representing more than 5.5 million current and former service members and their families also opposes any proposal to turn Impact Aid into a voucher.16 In addition, a number of military serving organizations have affirmatively expressed support for the Impact Aid program.17

The men and women who serve our country should not have to reach outside our public education system, which is intended to serve every child in America, to provide their children with a quality education. They deserve better than a private school voucher scheme. We urge you to also oppose any provision to create a private school voucher program and instead to support the public schools that serve all students and that are specifically-equipped to serve our military-connected students.