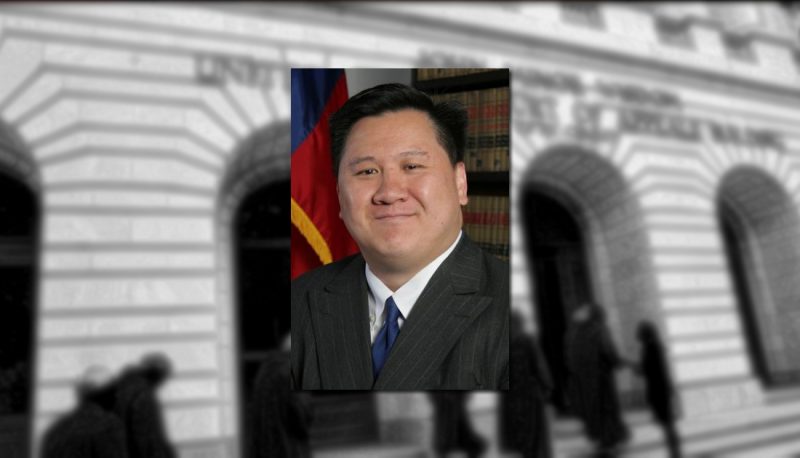 People For the American Way stands with the money in politics reform community in opposing President Trump’s nomination of James Ho to a seat on the U.S. Court of Appeals for the Fifth Circuit. As organizations gravely concerned about the outsized political influence of wealthy donors and corporations and the role that right-wing judges have played in elevating their voices over those of everyday Americans, PFAW, Every Voice, and our cosignatories believe that Ho should not be allowed to fill a lifetime seat on the federal bench. We cite in our December 7 letter Ho’s radical belief that we should “abolish all restrictions on campaign finance” as a direct conflict with a democracy of, by, and for the people. You can download our letter, with footnotes, here.

We the undersigned organizations write to oppose the confirmation of James Ho to the United States Court of Appeals for the Fifth Circuit due to his troubling views on the issue of money in politics.

Our organizations, along with millions of Americans, are deeply concerned about the power of wealthy donors in American politics and the role the U.S. Courts have played in undermining our democracy by elevating the voices of a handful of wealthy contributors over everyday people. Forty years of flawed Supreme Court rulings have twisted the meaning of the First Amendment and prevented our elected representatives from enacting common-sense campaign funding rules.1

Despite his empty promises to “drain the swamp” in Washington and that his administration would be “transferring power from Washington, D.C. and giving it back to you, the American People,” President Trump is filling the federal bench with judges who have a record of siding with the wealthy and powerful over the rest of us.2 Mr. Ho is the latest nominee to fit this disturbing pattern.

Mr. Ho opposed the McCain-Feingold campaign finance bill and said, specifically, that we should get rid of all restrictions on campaign finance. In a law school article for the Federalist Forum, a Federalist Society publication at the University of Chicago, Ho claimed:

“Proponents of campaign finance reform assert a seemingly unassailable claim. Contributions corrupt the political system. To arrest this corruption, we must expand the laws that regulate campaign finance. The inevitable result of such expansion, however, is the end of free speech. For truly radical but effective reform, we must reverse course and abolish all restrictions on campaign finance.”3

Mr. Ho’s view that there should be zero restrictions on the ability of wealthy interests and corporations to spend money on our elections is not just radical, as he himself claimed; it is the antithesis of a democracy of, by and for the people. As we know, the majority of our campaign contributions come from an elite set of wealthy donors—a class that is overwhelmingly older, white and male.4 This leads to a policymaking process that is skewed toward donors that are not reflective of Americans as a whole. Empirical research demonstrates that the wealthy have different views than the rest of us—especially on economic issues—and that these views are disproportionately likely to be translated into government action.5

In the same Federalist Forum article, Mr. Ho also espoused the radical idea that government itself and government regulations are to blame for corruption, not big money in politics.6

Simply put, Mr. Ho’s record on money in politics makes it clear he does not see our Constitution as a majority of Americans do—one that gives “we the people” the power to protect our democracy from the undue influence of big money in our elections. That is why we strongly urge you to oppose his nomination to the U.S. Court of Appeals for the Fifth Circuit.