Attending the Senate Judiciary Committee hearing on a proposed amendment to get big money out of politics last Tuesday, it was hard not to feel a special kind of energy and excitement in the room. So when the most viewed piece of legislation on Congress.Gov — the official source for federal legislative information — was the proposed amendment (Senate Joint Resolution 19), it was another sign that despite Republican obstruction, the American people want campaign finance reform, and they want it now. 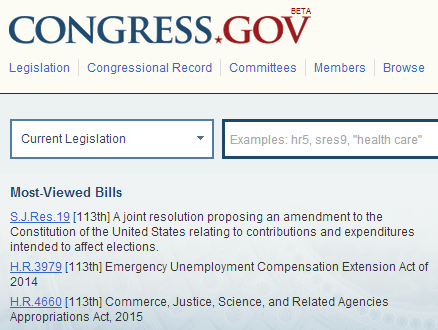 More than nine in ten voters believe it is important that our elected leaders reduce the influence of money in political elections. And according to a 2012 Associated Press survey, more than four in five Americans support campaign contribution limits for corporations. The American people want more than what the post Citizens United campaign finance era has offered. Congress.gov saw so many views of S.J. Res. 19 because Americans across the country are interested in creating an America that does not allow corporations to use their money to cozy up with politicians.

It was James Madison in Federalist Paper 57 who said it the best:

Today, it seems more and more like the rich have taken over our democracy, and the American people want solutions to clean up the mess that Citizens United and related cases have created.