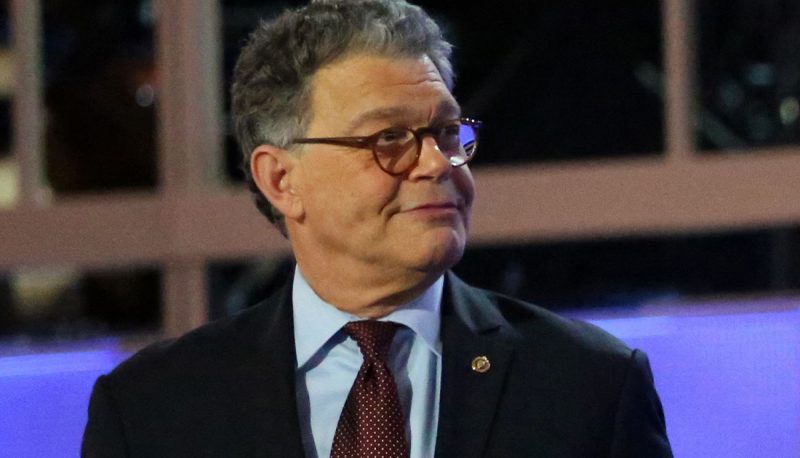 “Blue Slips” and Their Power to Shape Our Courts: An Activist’s Guide

In a letter made public today, 27 civil rights, labor, and other public interest organizations, including People For the American Way and PFAW’s African American Ministers In Action, praised Senator Al Franken for his decision not to return his blue slip on the nomination of Justice David Stras to be a judge on the U.S. Court of Appeals for the Eighth Circuit. You can download this letter here. Of Senator Franken’s decision, PFAW earlier commended the strong stand taken on behalf of his state and the Senate’s constitutional role in selecting judicial nominees. PFAW’s opposition to Stras is based not only on these process concerns but also cites Stras’ deeply troubling record.

We, the undersigned civil rights, labor, and other public interest organizations, write to thank you for your commitment to preserving a fair-minded and independent judiciary. Now more than ever, our courts must serve as a check on the president, whose executive actions repeatedly disregard the law and the Constitution, and your recent, principled decision not to return your blue slip on the nomination of Justice David Stras to serve on the U.S. Court of Appeals for the Eighth Circuit helps ensure that our courts can fulfill this essential role.

Many of us have reviewed Justice Stras’ background and share your view that important aspects of his record should disqualify him from serving on this court of appeals. All of us completely agree that, regardless of ideology, the failure of the White House to meaningfully consult with you as a home-state Senator clearly warrants your determination not to return your blue slip.

As former Vice President Mondale has pointed out, in supporting your decision on Justice Stras, the blue slip tradition also has been vital in helping to promote bipartisan cooperation and prevent “overt partisanship” in judicial nominations. Indeed, it is a manifestation of the Constitution’s Advice and Consent process. The blue slip practice is one of the constitutional checks and balances that helps maintain equilibrium among the branches of government. When the Senate majority places partisan loyalty to the president over the Senate’s institutional interests in independently carrying out its constitutional responsibilities, the blue slip serves as a vital corrective. Perhaps this has never been more important than now, with a president who acts with contempt for the rule of law, who undermines the legitimacy of judges who disagree with him, and who prioritizes personal loyalty to him over fealty to the law. Like all checks and balances, the consultation required by the blue slip process can be frustrating to those holding power, but it is indispensable.

Bipartisan consultation has been particularly important with respect to members of the Senate Judiciary Committee where, for example, President Obama deferred to the recommendations of Senators Hatch, Lee, Cornyn, and Graham on appellate court nominees from their states. In contrast, as you have explained, there was no such meaningful consultation before the Stras nomination, and instead, the Trump administration made clear its intention to nominate Justice Stras from the outset. Justice Stras’ Senate Judiciary Committee Questionnaire confirms that he did not have any contact with you or Senator Klobuchar prior to his nomination, although he did manage to meet separately with three U.S. Representatives—who do not have any constitutional role in considering his nomination.

During the Obama administration, Senator McConnell and several other Republican Senators opposed—and outright blocked—judicial nominations solely over their objections regarding the process, despite a record that suggests months or even years of consultation These include Kentucky Supreme Court Justice Lisabeth Tabor Hughes for the Sixth Circuit (blocked by Senator McConnell), U.S. District Judge Abdul Kallon for the Eleventh Circuit (blocked by Senators Sessions and Shelby), and former Indiana Supreme Court Justice Myra Selby for the Seventh Circuit (blocked by Senator Coats). Although these objections did not even attempt to address the nominees’ records, they nonetheless were honored. As Chairmen Leahy and Grassley made absolutely no exceptions to the blue slip practice under the Obama Administration, Republican objections stopped 18 nominees in Committee.

You could have followed the examples of Senators McConnell, Sessions, Shelby, and Coats and not reviewed Justice Stras’ record, withholding your blue slip based solely on the lack of meaningful consultation. However, you went beyond process to evaluate extensively his record. Those of us who wrote the Committee on August 31 very much agree with your conclusion that rather than demonstrating fairness and open-mindedness, his record demonstrates that he would reliably rule in favor of powerful corporate interests over working people, and that he would place a high bar before plaintiffs seeking justice at work, at school, and at the ballot box. As you pointed out, it is unsurprising—but nonetheless alarming—that the far-right Federalist Society and Heritage Foundation selected Justice Stras as one of their original 11 Supreme Court recommendations to then-candidate Trump.

But neither the president nor these ideological organizations get the last word.

Based on both the failure of the Trump Administration to meaningfully consult you, as a home-state Senator, and on your thorough evaluation of Justice Stras’ record, your decision not to return your blue slip on his nomination is more than justified.

We deeply appreciate your courage, integrity, and commitment to the responsibilities of your office, the interests of your constituents, and the safeguarding of our courts.