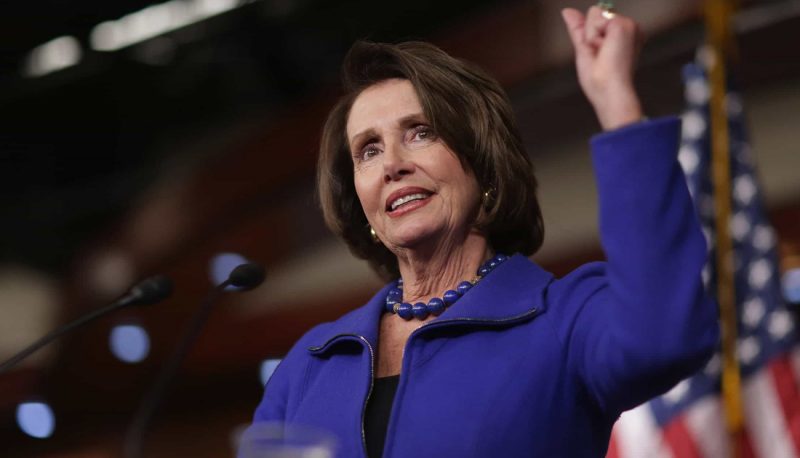 Earlier this month, House Democratic Leader Nancy Pelosi joined People For the American Way on an energetic telebriefing. Leader Pelosi thanked PFAW members for their activism and resistance against the Trump administration. She also talked about how “what is happening on the Hill is an assault on the American way” and highlighted the GOP’s efforts to give tax cuts to big corporations and the wealthy, leaving “crumbs under the table” for the rest of America.

Leader Pelosi detailed how the GOP’s tax and budget agenda would:

She talked about how corporate America would benefit under the GOP plan by gettingbonuses for taking jobs overseas rather than creating jobs in the U.S.

Furthermore, the tax scam that the GOP is proposing will “repeal the Johnson law so that basically any religious organization can be a political PAC” Leader Pelosi told members. She strongly urged PFAW members to stand against the GOP attempt to eliminate the Johnson Amendment.

She also encouraged members to fight against attacks from the Trump administration through grassroots content sharing on social media.

PFAW Digital Organizing Coordinator Bradley Williams, Executive Vice President Marge Baker, and Senior Director of Outreach and Public Engagement Diallo Brooks finished off the call with advice to members about how to be active and involved in critical issues.

Listen to the call in its entirety here: