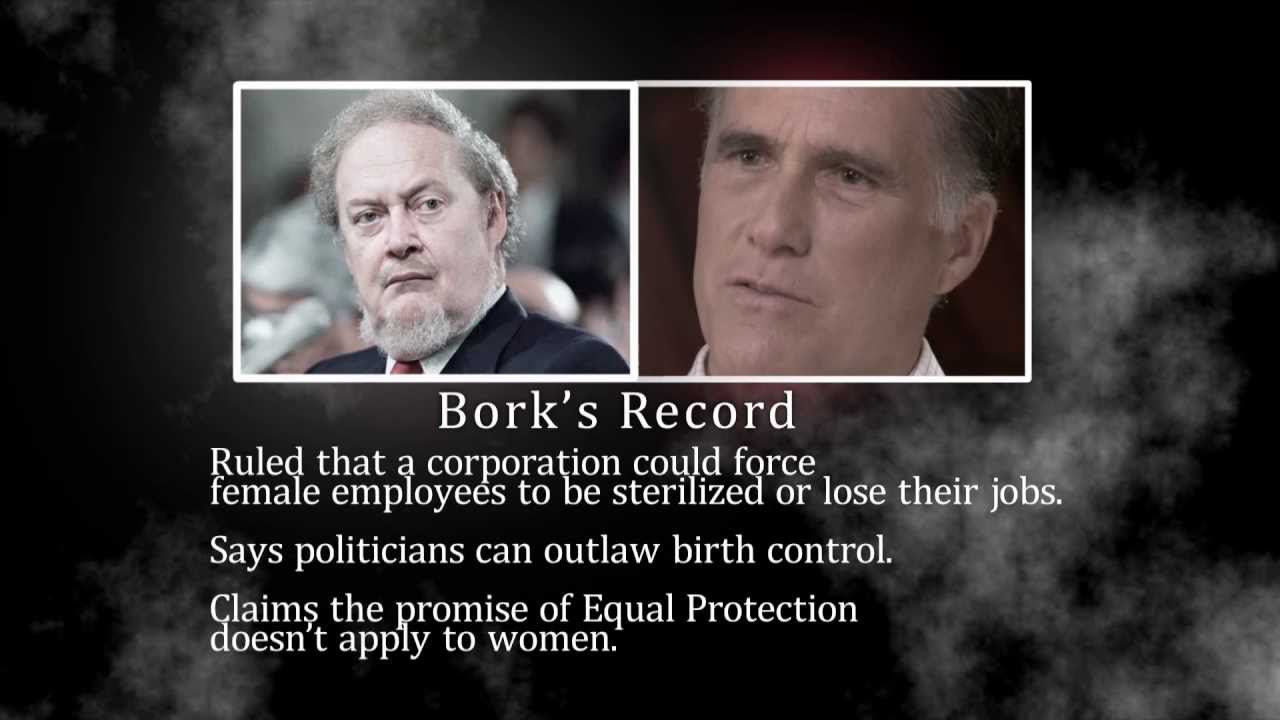 A new ad released by People For the American Way holds Governor Mitt Romney accountable for his extreme agenda for the Supreme Court, including his decision to name right-wing ideologue Robert Bork as his chief judicial adviser.

In an interview this week, Romney insisted that the right of a woman to have an abortion in cases of rape and incest would be decided by the Supreme Court. But Romney failed to mention his promise to appoint Judges who would drastically limit women’s rights.

In our ad, released today and running in the Tampa area during the RNC, People For the American Way corrected the record.

Mitt Romney says that a woman’s right to choose an abortion even in cases of rape and incest isn’t up to him.

Romney: “This is the decision that will be made by the Supreme Court.”

But Romney has promised to appoint Supreme Court Justices who would overturn Roe v Wade. As his chief judicial advisor he chose Robert Bork, a man with a long record of hostility to women’s rights.

For more, visit our campaign site at RomneyCourt.com.