No Justice for Anyone Until All Lives are Valued

This weekend, thousands of Americans from all walks of life took to the streets to protest the unaccountable deaths of unarmed African American men at the hands of police officers.

The multiethnic, multi-racial, multi-generation, LGBT and straight crowds filling streets in major cities were reminiscent of demonstrations that we have seen so many times before: marches for civil rights, women’s rights, gay rights, workers’ rights.Those marching this weekend recognized that after so many struggles and so many victories, we are still struggling to build a society that treats every human being with dignity under the law.

Something is wrong in America when people of color — particularly African American men and boys — do not feel safe in their own communities. Something is wrong when that sense of unease comes from the very systems we all have been taught to respect, honor, and count on for trust and protection.

This journey has never been easy, and has never moved forward without fearless social movements. Even after the passage of the Emancipation Proclamation and the 13th, 14th and 15th amendments to the U.S. Constitution, our laws encoded racial segregation for decades and enabled an explicit system of control over Black lives. Even then, African Americans were subjected to the Tuskegee experiment, witnessed the assassination of Dr. Martin Luther King, Jr., mourned the 1985 police shooting of 66-year-old Eleanor Bumpurs. In our history, just as in our present reality, African Americans have faced a dramatically different justice system from the one that white Americans experience.

Tamir Rice, a 12-year-old boy with a toy gun, is shot dead in a park because he is seen as a threat. A father, Eric Garner, allegedly selling cigarettes on a streetcorner dies at the hands of a police officer, and the case never goes to trial. Death without trial is seen as an appropriate punishment for Michael Brown, a teenager who may have stolen a box of cigars. These cannot be trivialized as flukes, or as isolated acts. They are the products of a justice system that still does not value or see all Americans equally.

Those who are involved in any struggle — for the recognition of the humanity of people of color, of immigrants, of women, of LGBT people — must recognize that when a justice system puts one group at risk for rights denied, every group is at risk. No struggle for civil rights will be complete until this injustice is rectified and yes, it can be rectified. But it will require getting to the root causes of racial injustice to forge a democracy that truly represents all of us and build a justice system that protects all Americans.

This past weekend demonstrators, in a unified voice, demanded stronger laws against racial profiling, special prosecutors in cases of police misconduct, and the demilitarizing of police forces. These are reasonable, doable demands. But the solutions must also also go beyond the criminal justice system.

Those of us fighting any civil rights fight must open our eyes and keep them open to the truth that all men are not treated equally in America. Because of this, the voices of four mothers who have lost their sons – Trayvon, Jordan, Michael and Eric – have become a call, a movement for justice like nothing seen in the past decade. There can be no justice for any of us until we consider all lives fully human, fully worth living. 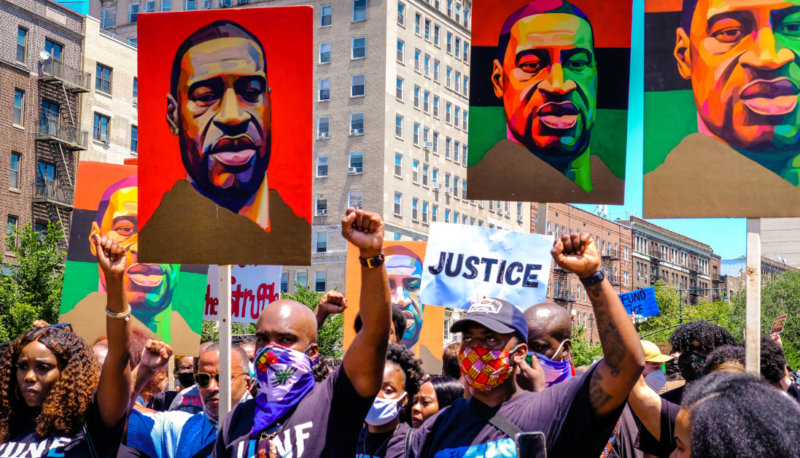