Across the country, voting rights are being quietly stripped away at the state level by far-right lawmakers. Still, President Biden has yet to use the full power of his office to lead on protecting voting rights. We need him to use his bully pulpit to urge the Senate to end the filibuster and pass critical voting rights legislation, including the protections in the For the People Act and the John Lewis Voting Rights Advancement Act.

On Tuesday August 24, People For partnered with the League of Women Voters, and other key civil rights organizations, to hold a rally across from the White House to show that we need President Biden to do whatever is necessary to protect our freedom to vote.

People For members and staff and activists from across the region showed up in the sweltering August heat to protest inaction in President Biden’s backyard. Emcees People For President Ben Jealous and CEO of the League of Women Voters of the United States Virginia Kase Solomón were accompanied by an inspiring lineup of speakers, including Reverend Timothy McDonald, chair of our African American Ministers In Action and People For Board Co-Chair, LaTosha Brown and Cliff Albright, co-founders of Black Voters Matter, and other civil rights leaders, young elected officials, and advocates. 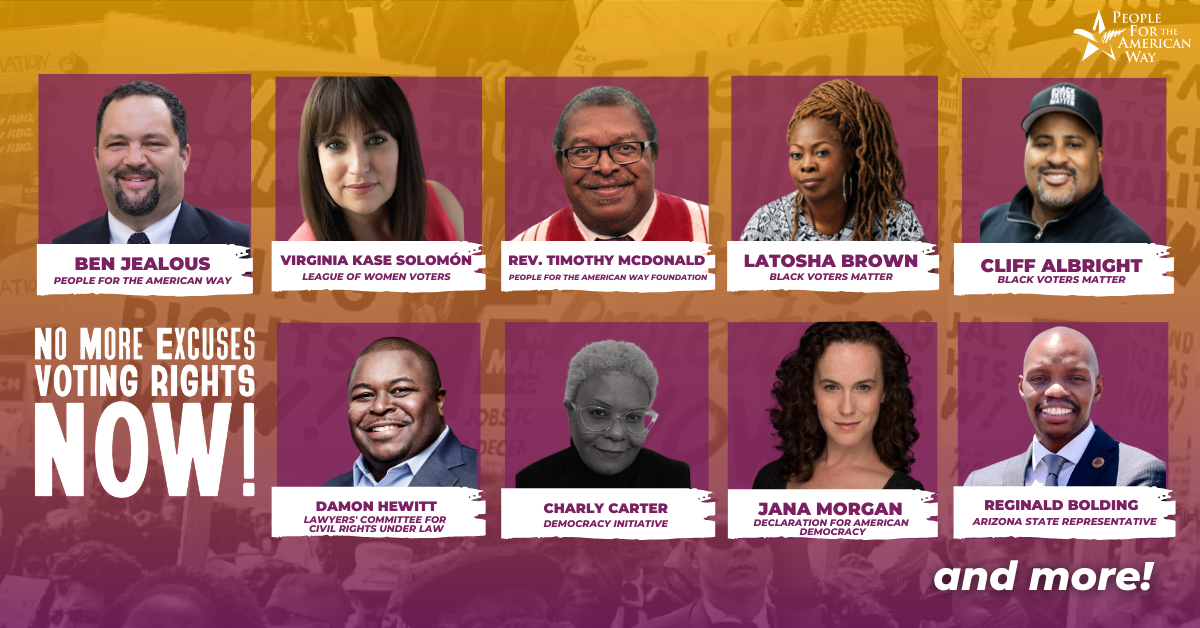 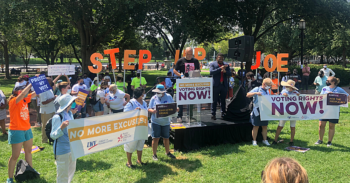 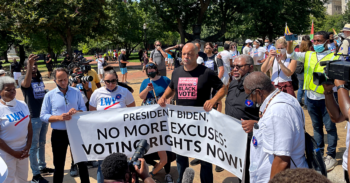 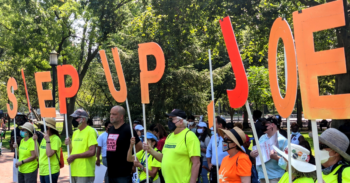 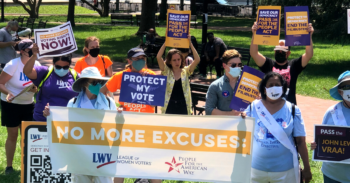 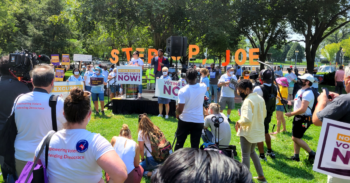 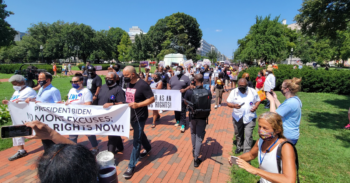 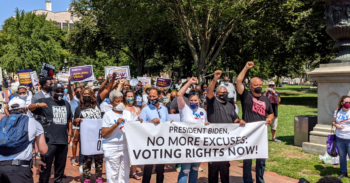 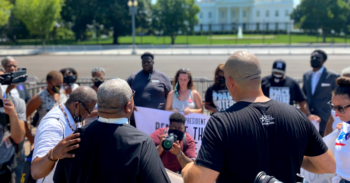 President Biden, we need you to use your power to protect our vote. And we need it now. No more excuses – #VotingRightsNow. pic.twitter.com/ejSskSpAhc

To make progress on voting rights, we need President Biden himself to up the pressure on senators, @BenJealous told @theyoungturks‘ @ryangrim.

It’s time for @POTUS to use his voice and energy and push the Senate to protect our right to vote. @peoplefor pic.twitter.com/byfXAGeWfR

And at the White House Press briefing the next day, Press Secretary Jen Psaki was asked about President Biden’s response to our rally:

There is simply too much at stake to stay on the sidelines. No matter what issues are most important to you, whether it’s health care, climate change, the economy, or fighting corruption, all of it hinges on people being heard at the ballot box. As the January 6 insurrection made painfully clear, a movement to suppress the will of the majority has gained dangerous traction in our country, and the new voter suppression laws being enacted in dozens of states are an extension of that assault on our democracy.

Recently, President Biden said that this onslaught of voter suppression is the greatest threat to our democracy since the Civil War. This week, we mobilized to hold him to his stated values – and we’re going to keep at it until he acts, because words aren’t enough.

Add your name now to urge President Biden to lead on voting rights by urging the Senate to end the filibuster!