The White House announced today that President Obama will issue an executive order protecting the employees of federal contractors from workplace discrimination on the basis of sexual orientation and gender identity. According to the White House, it is an action rooted in the principle that “your ability to get ahead should be determined by your hard work, ambition, and goals – not by the circumstances of your birth, your sexual orientation or gender identity.”

Though most Americans don’t realize it, in the majority of states you can still be fired for being lesbian, gay, bisexual, or transgender. But across the board Americans believe that workplace discrimination is wrong, and that employees should be judged on how well they do their job, not on who they are or who they love. 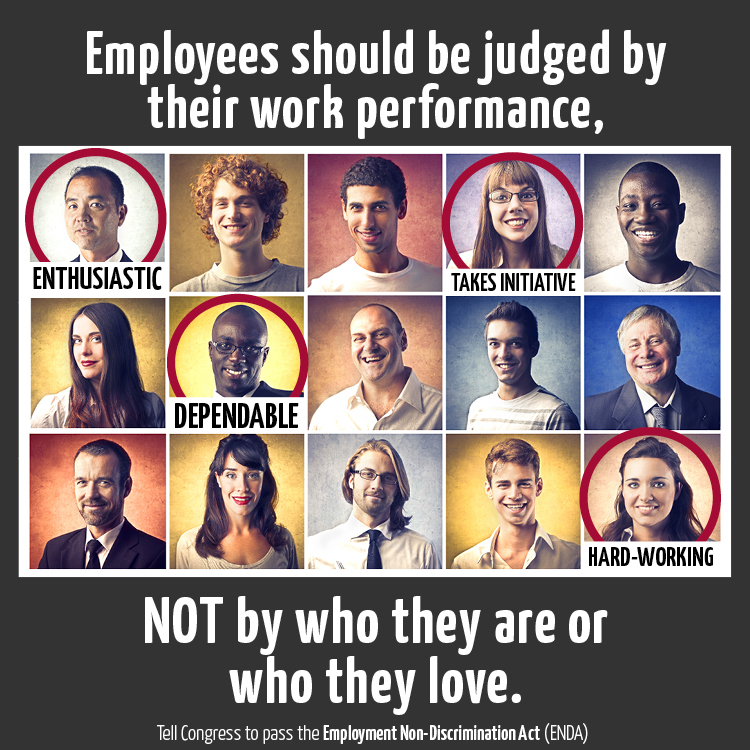 The upcoming executive order, which ThinkProgress characterizes as “the single largest expansion of LGBT workplace protections in our country’s history,” could protect up to 16 million workers — a major step forward for LGBT equality and for basic fairness in the workplace. But even as we celebrate the anticipated expansion of protections, it’s important to remember that our country still needs a federal law like the Employment Non-Discrimination Act (ENDA) to protect LGBT workers across the country — not just those who work for federal contractors — from employment discrimination. In addition to covering more workers, ENDA would not be at risk of being undone by a future president, as the upcoming order may be.

No one should be forced to choose between risking their job and hiding who they are or who they love.