On Partisan Redistricting, Kavanaugh Closes the Door that Kennedy Had Left Open - People For the American Way
Skip to main content

On Partisan Redistricting, Kavanaugh Closes the Door that Kennedy Had Left Open 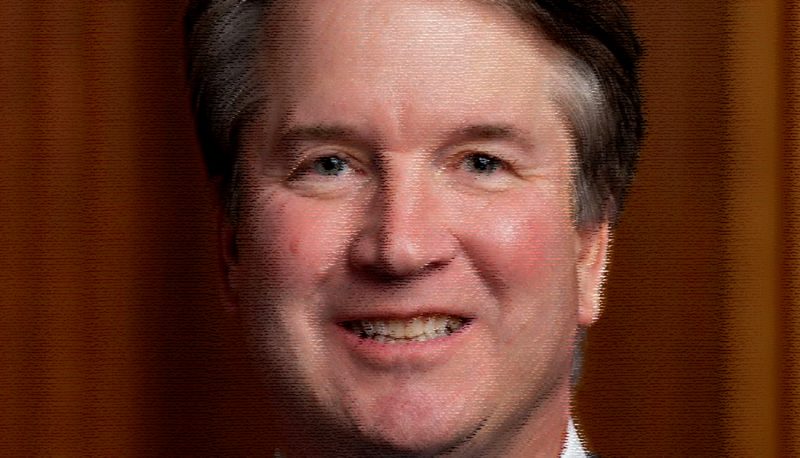 The Supreme Court’s decision on partisan redistricting demonstrates the enormous impact on our democracy of replacing Anthony Kennedy with Brett Kavanaugh. In the past, although Kennedy was the fifth vote to deny specific challenges of unconstitutional partisan gerrymandering, he was also the fifth vote to keep the door open to future challenges. In Rucho v. Common Cause , Kavanaugh joined his ultra-conservative colleagues and slammed that door shut.

With advances in computer technology and data collection, parties have been able to make very specific, house-by-house predictions of how people will vote and how lines can be drawn to maximize partisan advantage. As Justice Kagan wrote in dissent (joined by Ginsburg, Breyer, and Sotomayor), the new technologies:

make gerrymanders far more effective and durable than before, insulating politicians against all but the most titanic shifts in the political tides. These are not your grand-father’s — let alone the Framers’ — gerrymanders.

In Maryland, election in and election out, there are 7 Democrats and 1 Republican in the congressional delegation. In North Carolina, however the political winds blow, there are 10 Republicans and 3 Democrats. Is it conceivable that someday voters will be able to break out of that prefabricated box? Sure. But everything possible has been done to make that hard. To create a world in which power does not flow from the people because they do not choose their governors.

Indeed, Chief Justice Roberts’ majority opinion acknowledged that partisan gerrymanders are “incompatible with democratic principles.” But he wrote that no fair, non-political standards exist for a court to use to judge when a gerrymander is too partisan.

Justice Kagan’s dissent pointed out that:

What [the majority] says can’t be done has been done. Over the past several years, federal courts across the country—including, but not exclusively, in the decisions below—have largely converged on a standard for adjudicating partisan gerrymandering claims (striking down both Democratic and Republican districting plans in the process).

Nevertheless, the Court concluded that there is nothing the judiciary can do about the problem, making it a purely political question that the Constitution leaves to the political branches of government to resolve. As an example that laws can be passed to reduce or prohibit partisan redistricting, Roberts cited a bill introduced and reintroduced in every Congress since 2005. Justice Kagan pointed out the absurdity of that argument:

Of all times to abandon the Court’s duty to declare the law, this was not the one. The practices challenged in these cases imperil our system of government. Part of the Court’s role in that system is to defend its foundations. None is more important than free and fair elections. With respect but deep sadness, I dissent.

As noted above, the shift in the court’s jurisprudence on this issue was made possible by Justice Kavanaugh replacing Justice Kennedy. But also making this 5-4 decision possible was Neil Gorsuch, who replaced Justice Scalia only because of Senate Republicans’ illegitimate blockade against Merrick Garland. Of course, there is no way to know with certainty how Garland would have come out on the issue. But Rucho’s allowing state legislatures to subvert democracy cannot be separated from Mitch McConnell’s decision to sabotage the Court to benefit his party. And with most current partisan gerrymanders benefiting Republicans, that action continues to pay off.

The American people should keep this in mind in 2020. We need a president who nominates principled constitutionalists to the Supreme Court and throughout the entire federal judiciary. We need a Senate that will only confirm a nominee who will protect the rights of all Americans, not just the wealthy and powerful.