On School Discipline, the Urgency of Progress Is Real, and the Responsibility Is Great 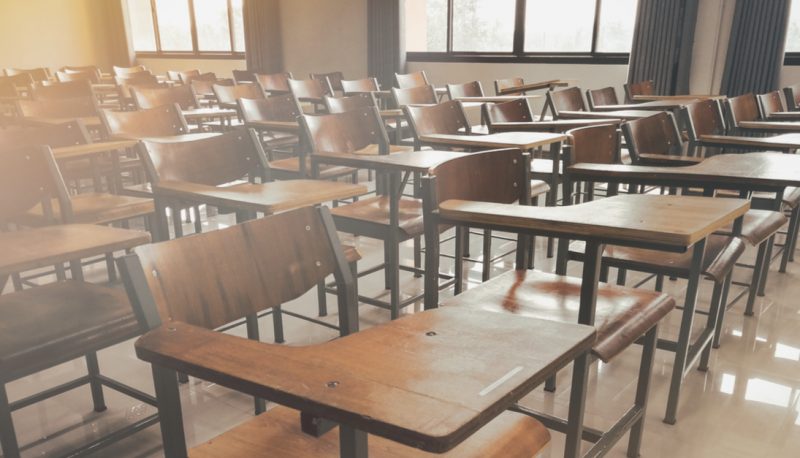 In 2014, the Obama administration issued guidance on administering discrimination-free discipline in schools. Four years later, the Trump administration and members of Congress are attacking the guidance and using it as a political scapegoat for their own lack of meaningful action to ensure safe schools for all students. People For the American Way and PFAW’s African American Ministers In Action stand in firm support of the guidance and note, as did former Obama administration official Catherine Lhamon, that nothing in the guidance prevents schools from addressing students who may be a danger to others. PFAW and AAMIA joined more than 150 national, state, and local organizations that wrote to Secretary of Education Betsy DeVos on March 22 and urged her to keep the guidance in place. That letter follows below and is available, with signers and endnotes, here. PFAW and AAMIA were also part of a December 2017 letter supporting the school discipline guidance.

On behalf of The Leadership Conference on Civil and Human Rights, a coalition charged by its diverse membership of more than 200 national organizations to promote and protect the civil and human rights of all persons in the United States, and the 153 undersigned organizations, we write to express our support for the January 8, 2014 joint school discipline guidance package including the “Joint Dear Colleague on the Nondiscriminatory Administration of School Discipline” and to oppose any changes or rescission. The 2014 guidance clarifies that the U.S. Department of Education (ED) expects that schools and districts are treating all children fairly and provides practical tools and guidelines for educators to create safe, supportive, and welcoming environments for all students. Rescinding the guidance would send the opposite message: that the Department does not care that schools are discriminating against children of color by disproportionately kicking them out of school and that the Department does not see itself as having a role in helping educators create and maintain safe schools that afford all students equal educational opportunities.

ED is a civil rights agency and, together with the Department of Justice (DOJ), is responsible for protecting students from discrimination on the bases of race, color, national origin, sex, disability, and age.i Under Title VI of the Civil Rights Act of 1964, Title IX of the Education Amendments of 1972, Section 504 of the Rehabilitation Act of 1973, Title II of the Americans with Disabilities Act of 1990, and the Age Discrimination Act of 1975, the Department of Education is tasked with enforcing these laws in response to complaints of discrimination and through proactive compliance reviews, data collection, and technical assistance.ii All of the laws that ED and DOJ are responsible for require regulations, policy guidance, oversight, and enforcement in order to provide their intended benefits to students. We reject any effort to undermine, through the rescission or modification of the regulations and guidance used to inform all parties of their rights and obligations under the law, the protections and supports these laws provide. We also oppose any effort to limit the resources and practical tools to help recipients of federal funding proactively comply with the law.

Suspensions and expulsions, which are practices that remove a child from school temporarily or permanentlyiii in response to alleged misbehavior, are used too often in our schools and disproportionately against children of color, children with disabilities, and LGBTQ youth.iv Researchers estimate that suspensions, most of which are for minor behaviors, result in tens of millions of days of lost instruction.v For more than 40 years,vi this problem has been documented and described by researchers,vii ED, children,viii educators, and community advocates. Students, parents, educators, and civil rights advocates asked ED and DOJ for years to get involved to address the overuse and discriminatory use of suspension and expulsion. The disproportionate use of exclusionary discipline could not be explained by differences in child behavior and so it was clear that action was needed to change the policies and practices of adults throughout the educational system.ix The guidance documents were created to assist states, districts, and schools in developing practices and policies to enhance school climate and comply with federal civil rights laws. However, recently, consistent with other attacks on civil rights and communities of color, there have been public calls by opponents of school discipline reform to rescind this guidance and undermine the protections it describes.x

When children are pushed out of school, they lose instructional time and are more likely to become involved with the juvenile and adult justice systems.xi Disproportionate suspension rates mean children of color lose more instructional time than their White peers.xii Multiple studies have shown other negative effects on suspended childrenxiii as well as harm to children when their peers are suspended.xiv All children are harmed when schools overuse punitive exclusionary discipline.xv As the American Academy of Pediatrics says, “out-of-school suspension and expulsion represent an enormously costly and largely unsatisfactory solution to behavior problems in school, whether from the standpoint of the school district, the student, or the community.”xvi These harms to children come with no benefit to school safety or student learning.xvii

The 2014 guidance documents provide important information and support for educators who want to create safer and more welcoming schools and important cautions for schools where problems are not being addressed and children continue to be treated unfairly. The guidance documents themselves, however, must be combined with additional supports to ensure schools are safe and fair for their students. Schools and their teachers need sufficient support and resources, and sufficient enforcement action needs to be taken, including by ED, to ensure that the promise of the guidance documents and our civil rights laws really result in improved educational opportunity for children.

However, just as the guidance did not create or change law, rescinding the guidance would not affect the statutes and regulations that the guidance interprets. Schools would still be prohibited from discriminating against students and ED would still be obligated to enforce civil rights law. Thankfully, the materials and resources provided in the guidance package are now widely available and shared by educators who are leading the way to create more equitable school climates. At such a tenuous time, when progress on school discipline has been too slow and too limited, rollback of this much needed guidance would hamper progress and undermine children’s pursuit of their education. And when the nation is focused on the importance of building safe and inclusive school environments, rescinding the guidance would send exactly the wrong message.

Every child deserves and should be included in a warm, welcoming, and responsive school that provides them the education they need to be ready for college, career, and life. Suspension and expulsion, especially when used in a discriminatory manner, undermine that goal and deny children the education they need. The federal government’s role in ensuring schools are free from discrimination has been articulated and confirmed by the Supreme Court of the United States in the Brown v. Board of Education (1954) decision, by Congress in the Civil Rights Act of 1964, and by ED in regulations and guidance—including the 2014 school discipline guidance—implementing that law. It is incumbent upon ED, children, families, educators, advocates, researchers, and policymakers to ensure that progress continues, equal educational opportunity is real, and those who would seek to turn back the clock and undermine progress are stopped. The urgency is real, and the responsibility is great.

Students deserve, and the law requires, a Department of Education that is working to protect all students from discrimination and to provide an excellent education for all students. These regulations and guidance documents, and continued enforcement of the law, are critical to making students’ rights real. If you have any questions, please contact Leadership Conference Director of Education Policy Liz King at [email protected] or 202.466.0087.

D.C. Statehood Is a Racial Equity Issue for All of Us