Today PFAW and 11 other organizations released “Fighting Big Money, Empowering People: A 21st Century Democracy Agenda,” a money in politics reform agenda directed at 2016 presidential candidates. The memo details a specific set of policies and encourages candidates to commit to supporting them.

Goals of the agenda include amplifying the voices of everyday Americans through meaningful contribution limits, real-time disclosure of political contributions, overturning cases like Citizens United through the Democracy For All constitutional amendment, and enforcing existing campaign finance laws to help ensure that money is not allowed to overshadow the priorities of the people.

According to the agenda:

The size of your wallet should not determine the strength of your political voice. But, in a long series of decisions beginning with Buckley v. Valeo and escalating with Citizens United v. FEC and McCutcheon v. FEC, the Supreme Court has cemented a flawed reading of our Constitution that strips the ability of We the People to impose common sense limits on election spending.

"Fighting Big Money, Empowering People” has been distributed to every announced 2016 candidate, many of whom have already voiced their support for fighting big money in elections. It’s time to move from rhetoric toward a commitment to specific, comprehensive solutions.

You can share the graphic below to show your solidarity with getting big money out of politics and returning power to everyday Americans. Together we can make a democracy where everyone participates, everyone’s voice is heard, and everyone plays by fair, common-sense rules. 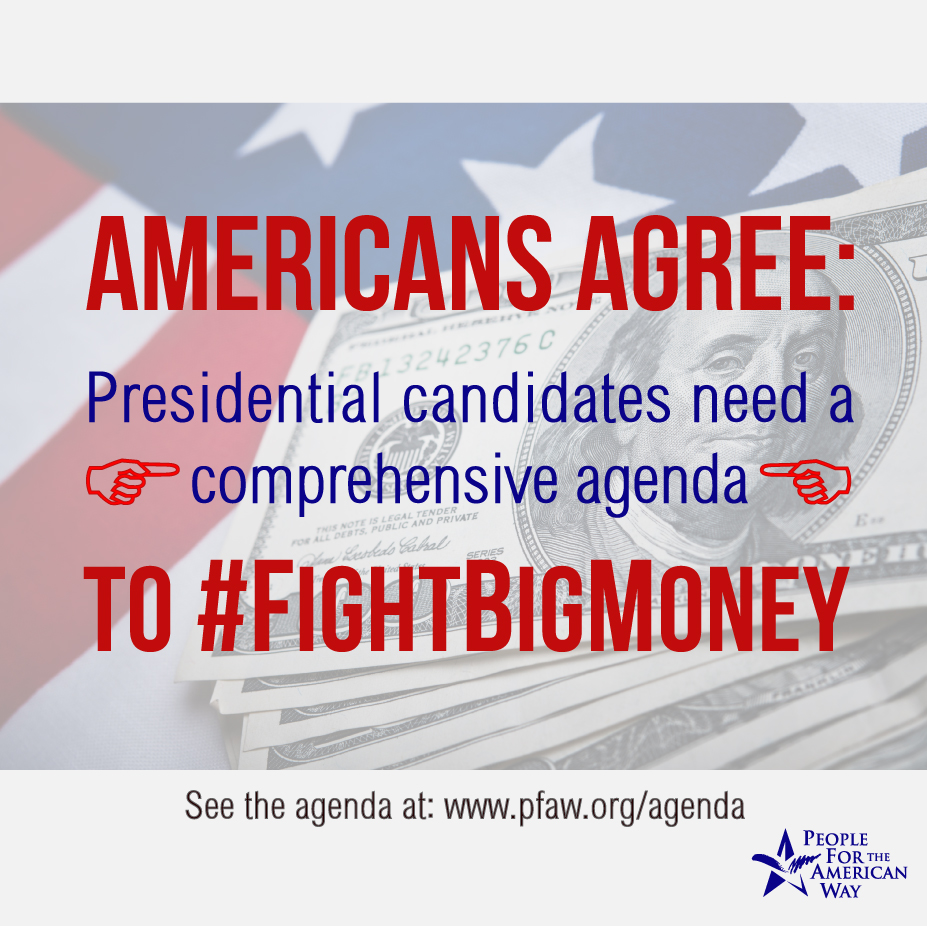