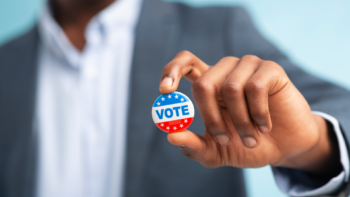 This op-ed was distributed by the Trice Edney Newswire.

In recent days, we’ve seen the dying gasps of the Trump administration turn into tragic violence in Washington, D.C. There is much to say about that, and serious reckoning ahead when it comes to the causes and the solutions.

But in spite of the anger and sadness, here is my plea to you today: Don’t let the chaos created by Donald Trump and his supporters distract you from appreciating something beautiful — the victories of Rev. Raphael Warnock and Jon Ossoff in Georgia’s Senate runoff races and the organizing that made those victories possible.

The stakes in these races were as big as they get. It would take both wins to get control of the U.S. Senate away from Mitch McConnell, who was ready to use his power-abusing ways to block any meaningful progress during the Biden-Harris administration.

I can tell you that many people in the world of politics did not really expect Democrats to pull it off, even after Biden and Harris won the state. They thought beating Trump was a fluke. They still couldn’t imagine Georgia going blue.

That’s because they weren’t paying attention.

I had faith that Warnock and Ossoff were going to win, because I saw how focused and determined Georgia’s progressive organizers were. Trump and his supporters spread lies about the presidential election being stolen and tried to generate chaos in the streets and the courts. But the people responsible for the Biden-Harris victory didn’t get distracted. They focused all their energies on getting voters to turn out one more time. And they went even further, identifying and registering and mobilizing new voters.

That doesn’t just happen. It takes hard work — and not just a few weeks’ worth of frenzied activity just before an election. Building the ability to shift power like Georgia Democrats have just done for their state — and for the rest of us — takes long-term vision and long-term commitment.

I’ve been following and learning from Stacey Abrams since we met more than 25 years ago at a training for student organizers. Abrams has been committed to making positive change in Georgia — and making good trouble, as the late John Lewis would say — ever since.

Abrams deserves every bit of attention and praise she has gotten. She always makes sure to recognize that progress in Georgia has been the collaborative effort of many organizers and many organizations working to bring Black people, Latino people, Asian-Americans, low-income people and allies into greater political participation.

I’m proud that the group I now lead, People For the American Way, was able to be part of that change-making coalition in Georgia. Our Latinos Vote project produced four radio ads featuring legendary organizer Dolores Huerta and comedian Cristela Alonzo — both People For board members — and ran those ads in every market with a sizable Latino population. We produced digital ads that were viewed more than 500,000 times in Georgia by undecided voters or voters who had not yet decided to vote.

Separately, People For also encouraged civic participation through its nonpartisan Defend the Black Vote project, which produced radio ads featuring Georgia’s Rev. Timothy McDonald, and reached 400,000 Black voters with text messages providing information on when, where, and how to vote.

Maybe the most encouraging thing about the extraordinary turnout in Georgia is that it was achieved despite years of voter suppression strategies designed to make it harder for some people to vote.

Progress is usually met with backlash. So, we can expect that progressive victories in battleground states this year will spark another round of attempted voter suppression. Pro-democracy activists in those states can take heart—and take notes—from the successful progressive organizing in Georgia. 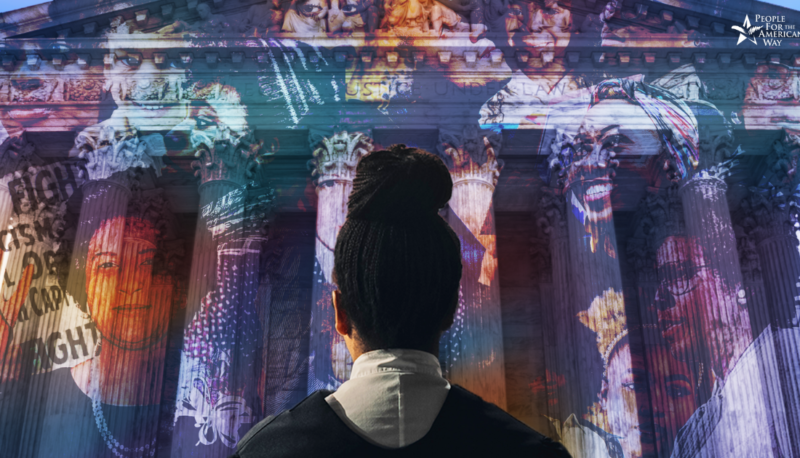