UPDATE: ENDA got its start in 1994, but ENDA was not the first attempt in Congress to prohibit sexual orientation discrimination. Such protections were part of a broad civil rights bill introduced in 1974 that protected not only sexual orientation but also sex and marital status. Dubbed the Equality Act, its champions were Bella Abzug and Ed Koch.

Many who spoke this week in support of the Employment Non-Discrimination Act, including PFAW, invoked the name of a long-time ENDA champion, the late Ted Kennedy. So we reviewed the record and found his speech in support of ENDA’s inaugural introduction in 1994. 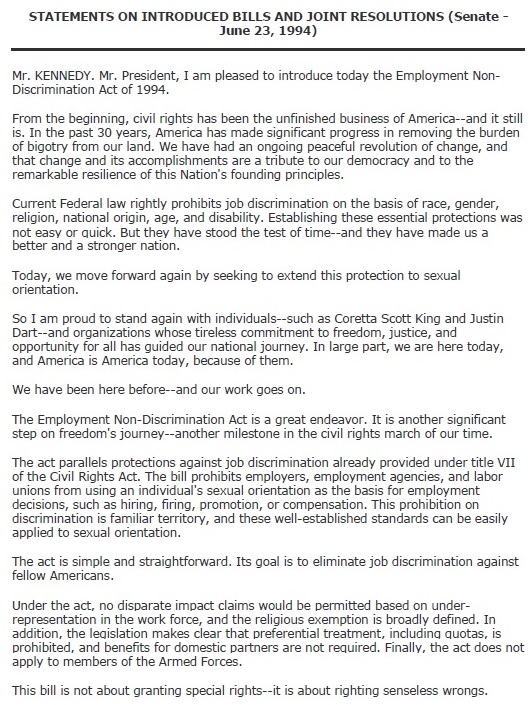 And here’s Senator Kennedy at the ENDA press conference in 1995:

Eighteen years later, four after his passing, we are still working to complete the mission that Senator Kennedy laid before the nation. We are keeping the pressure on all of Congress to pass ENDA.

The time is now!