Partisan Redistricting: Back to the Trial Court - People For the American Way
Skip to main content 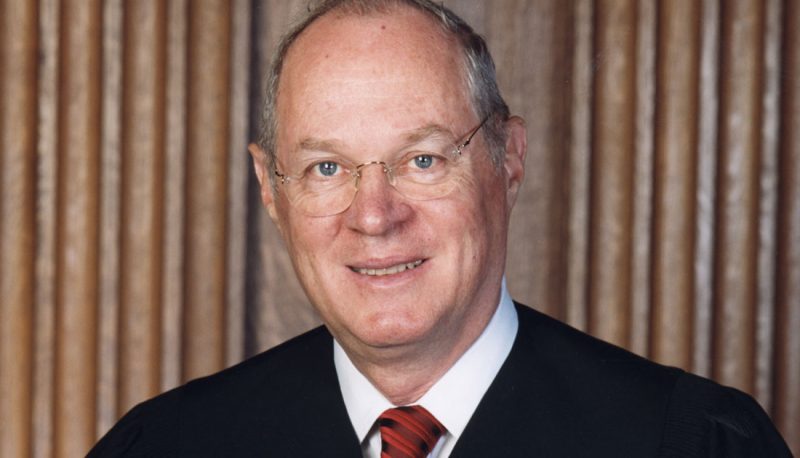 When the Supreme Court term opened last October, Gill v. Whitford was poised to be a blockbuster case. Instead, the Court has sent the case back to the Wisconsin district court for a new round of arguments.

(The Court also issued a unanimous, unsigned ruling in a case involving Maryland’s 2011 redistricting, but the ruling was strictly procedural and affirmed a decision not to grant a preliminary injunction against the plan, based in large part on timing.)

With Chief Justice Roberts writing for a unanimous Court in Gill, the justices ruled that the Democratic voters challenging Wisconsin’s partisan gerrymander hadn’t shown they have standing to go to court to argue their votes have been diluted. But rather than dismiss the case altogether, all justices but Thomas and Gorsuch agreed to give them a chance to argue a different theory of standing before a lower court, keeping the case alive for another day.

Some background: Two common vote dilution tools in partisan gerrymanders are “cracking” and “packing.” The party drawing the lines can “crack” their opponent’s supporters among many districts, where their preferred candidates tend to lose by small margins. With “packing,” lines are redrawn so that the out-of-power party’s supporters are “packed” into just a very small number of districts, where their preferred candidates win overwhelmingly.

With advances in computer technology and data collection, parties have been able to make very specific, house-by-house predictions of how people will vote and how lines can be drawn to maximize partisan advantage. That makes cracking and packing schemes far more effective, and thus far more destructive to the democratic process.

As recently as 2015, the Court made clear that partisan gerrymanders are “incompatible with democratic principles.” But the Court has never identified a specific unconstitutional partisan gerrymander. In the past, the four most conservative justices (then including Antonin Scalia) have written that the courts should stay out of the issue altogether, while the four more progressive justices have disagreed. In the past, Justice Anthony Kennedy has agreed with the conservatives that the particular redistricting plan before them should not be struck down, but he has also agreed with the moderates that in principle, the federal courts could get involved in the issue if there were some “judicially discernible and manageable standard” available to identify and measure the impact of partisanship in redistricting.

That’s exactly what was presented in Gill v. Whitford. Voters shut out of power by the state’s partisan gerrymander presented a new neutral statistical standard to identify vote dilution (called the “efficiency gap”) that analyzes election results across the state and measures “wasted” votes. Votes for winners beyond the 50 percent mark are considered wasted, as are all votes cast for the losing candidates. (The Brennan Center’s How the Efficiency Gap Works is a useful resource explaining in detail how this statistical analysis works.)

The Court noted that the efficiency gap provides a single, statewide measure of partisan advantage without providing information about a voter in a particular district. The justices held that someone who complains of vote-dilution by gerrymandering but doesn’t actually live in a gerrymandered district doesn’t have standing, because they have not shown that their vote has been diluted. And someone who does live in a gerrymandered district does not necessarily need a statewide redistricting to resolve their particular injury.

Ordinarily, without standing, the Court would dismiss the case. Instead, the majority noted that:

This is not the usual case. It concerns an unsettled kind of claim this Court has not agreed upon, the contours and justiciability of which are unresolved.

Over Thomas and Gorsuch’s objections, it took the highly unusual step of sending the case back to the lower courts so the Democratic voters have a chance to present evidence showing they have suffered concrete, specific injuries burdening their individual votes.

Justice Kagan wrote a concurring opinion, which Ginsburg, Breyer, and Sotomayor joined. She described how the voters in this case, joined by voters in all the state’s other districts, could demonstrate standing:

The key point is that the case could go forward in much the same way it did below: Given the charges of statewide packing and cracking, affecting a slew of districts and residents, the challengers could make use of statewide evidence and seek a statewide remedy.

Kagan also noted a legal argument that the parties had touched on but which was not a focus of the litigation: violation of the voter’s First Amendment right of association (in this case, with their fellow Democrats), a theory calculated to appeal to Justice Kennedy’s interest in such First Amendment injury.

But because on remand they may well develop the associational theory, I address the standing requirement that would then apply. As I’ll explain, a plaintiff presenting such a theory would not need to show that her particular voting district was packed or cracked for standing purposes because that fact would bear no connection to her substantive claim. Indeed, everything about the litigation of that claim—from standing on down to remedy—would be statewide in nature.

She summed up the problem well:

Partisan gerrymandering jeopardizes the ordered working of our Republic, and of the democratic process. It enables a party that happens to be in power at the right time to entrench itself there for a decade or more, no matter what the voters would prefer. At its most extreme, the practice amounts to rigging elections. It thus violates the most fundamental of all democratic principles—that the voters should choose their representatives, not the other way around. (internal quotation marks and citations omitted).

This paragraph quotes from a previous concurrence by Justice Kennedy, suggesting he is the reader she most wanted to reach. As in the past, it is likely still the case that four justices would strike down an overly partisan gerrymander, four would prohibit courts from hearing such cases, and Justice Kennedy is somewhere in between. As Election Law Blog’s Rick Hasen has observed:

Although people will focus on the court’s ducking of the issue, what’s really going on is that two of the court’s savviest justices on the right and left, Chief Justice John Roberts and Justice Elena Kagan, are continuing a battle for the soul of Justice Kennedy on the question of politics in redistricting, and Kennedy, who apparently is not leaving the court anytime soon, watches, broods, and stays silent.

Even though most of Gill was unanimous and the small area of disagreement was 7-2, Justice Kennedy likely remains the individual who will decide whether a political majority can de facto prevent voters from removing them from office. The Court could address the issue again in the Wisconsin matter, or in a case from another state. Should Kennedy step down before that happens, however, the identity of his replacement would have an enormous impact on the preservation of our democracy.

Diallo Brooks in Blavity: Our Wins in 2020 Are Just the Beginning