On Sunday, March 6, People For the American Way staff joined partners and allies from across the country in Alabama for the 57th anniversary of the march from Selma to Montgomery, a seminal event in the civil rights movement of the 1960’s which led to the historic passage of federal legislation including the Voting Rights Act of 1965.

The week of commemorative events began with an annual gathering, this year featuring Vice President Kamala Harris, at the Edmund Pettus bridge in Selma, the site of the brutal “Bloody Sunday” of 1965, where civil rights marchers, including Dr. Martin Luther King Jr. and John Lewis, were attacked by police with clubs, fire hoses and tear gas. The beatings were televised and broadcast nationwide, further sparking an already growing movement across the country calling for social justice and political equality. Now, 57 years later, the struggle for civil and voting rights continues, with democratic freedoms under attack nationwide. 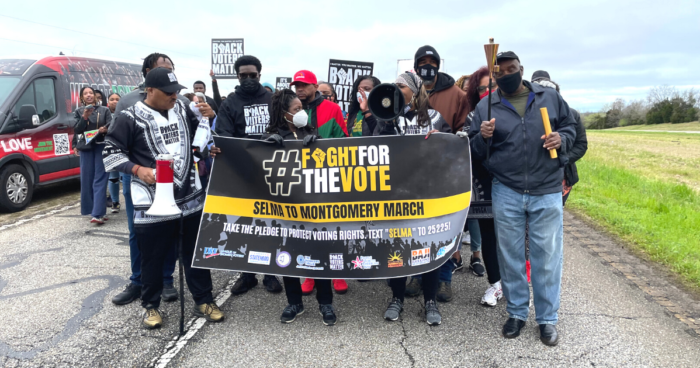 Later in the week, on Wednesday, March 9, People For the American Way co-sponsored a leg of the six-day commemorative march led by Black Voters Matter. We were also joined by the League of Women Voters, the Declaration for American Democracy, DC Vote, The Workers Circle, and other organizations that have been with us on the front lines in the ongoing fight for voting rights. At the halfway point of the day’s march, Svante Myrick, Executive Director of People For the American Way Foundation and Markus Batchelor, Deputy Director of Youth Engagement both spoke from the mainstage to hundreds of attendees about the moment we are in as a movement and our plans at People For moving forward.

The events of the day featured a multigenerational mix of voting rights advocates, including several individuals who had participated in the original march from Selma to Montgomery 57 years ago, as well as students from Historically Black Colleges and Universities (HBCUs) across the South who traveled to the march by bus, some of whom are planning to vote for the first time in the midterms this November and are actively recruiting their peers to do the same.

In order to win the voting rights reforms we need at the state and federal level, it is essential that we turn out the vote to elect pro-democracy candidates up and down the ballot. To that end, the march served as a powerful and cathartic reminder of our common purpose, and our growing coalition, to create a democracy that is truly representative of “We the People.” 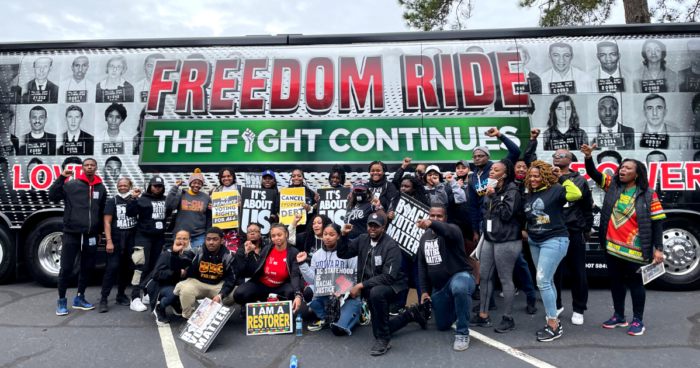