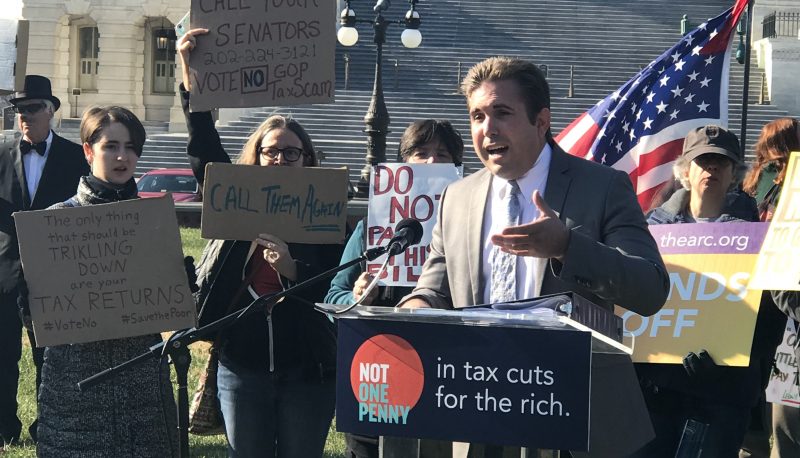 On December 1, in the lead-up to the Senate passing their version of the GOP tax scam, PFAW staff joined coalition partners and activists for a “People’s Filibuster” on Capitol Hill.

For nearly 30 consecutive hours, individuals from all walks of life shared their reasons why the GOP tax scam is a terrible idea, for them, their communities, and the country as a whole. Some of the issues covered included access to health care, higher education, veteran services, and vital programs supporting working families. 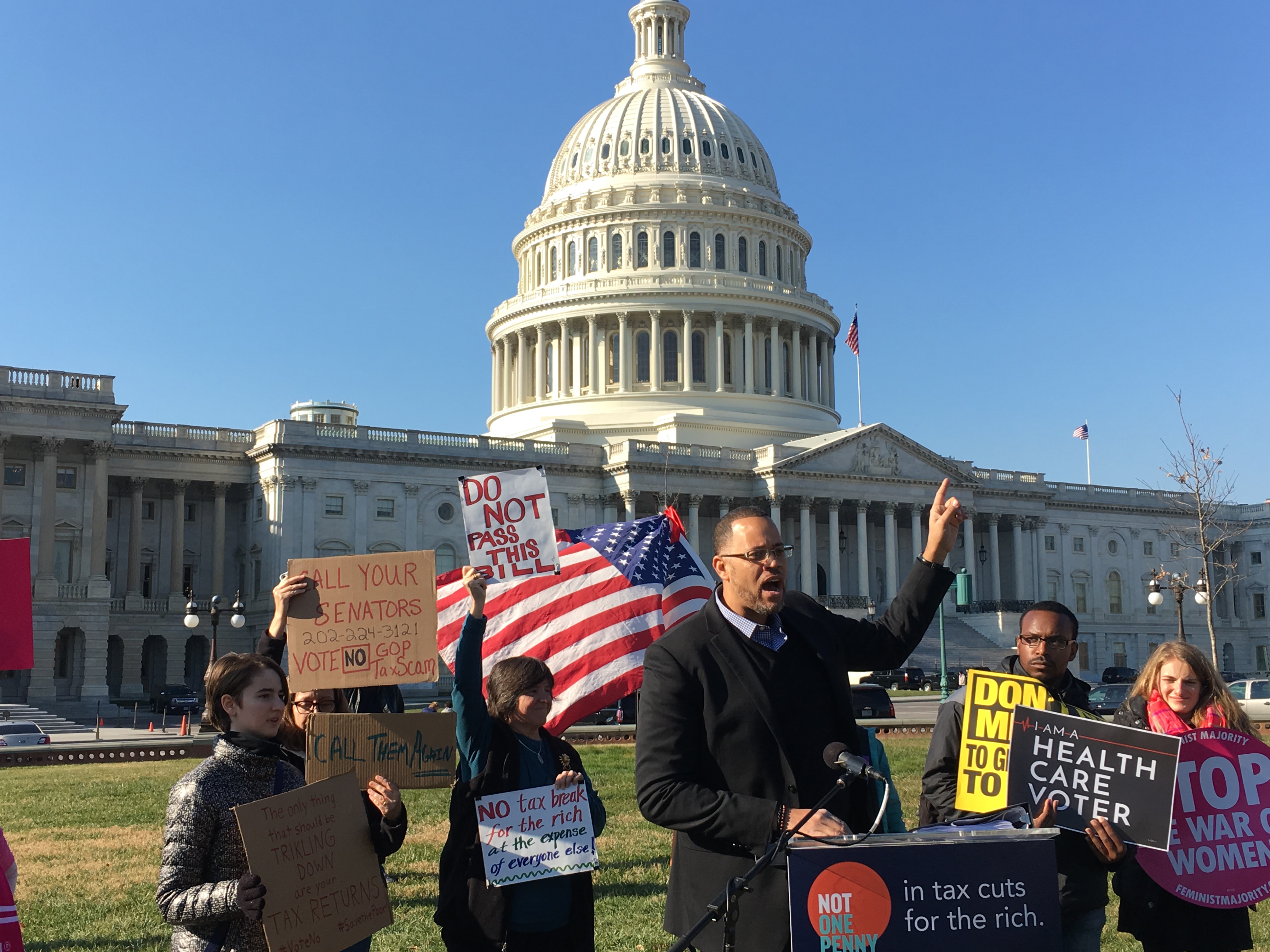 The event was part of an ongoing push to drive calls into Congress encouraging members to withhold their support from this so-called ‘reform’ proposal, which would lead to devastating cuts to critical programs and add over a trillion dollars to the deficit. Currently the bill is in conference committee, where the House and Senate must reconcile their differences. Republican leadership hopes to have a bill on Trump’s desk before the holidays, but this fight is not over.

Make sure you call your senators and representative and tell them to oppose this tax giveaway to wealthy people and corporations.