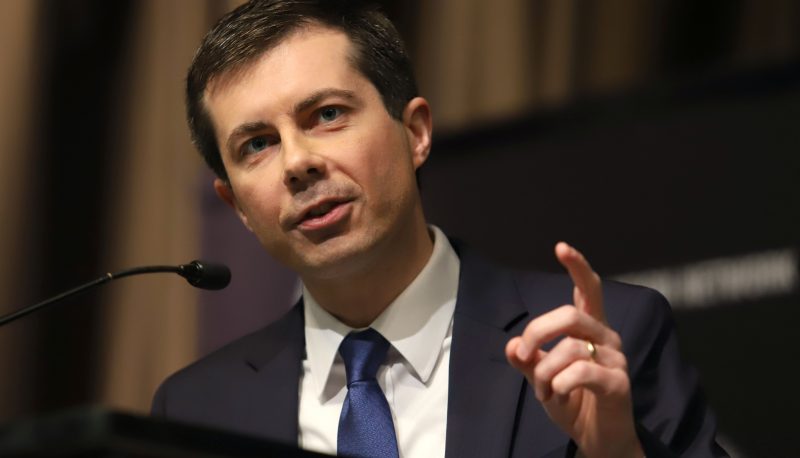 On May 7, 2019, PFAW hosted a member telebriefing with Democratic presidential candidate and South Bend, IN Mayor Pete Buttigieg to kick off our Presidential Town Call series. In keeping with our long precedent, PFAW will not endorse any candidate in the 2020 presidential primary. However, we are actively working to support a healthy, productive primary process that will allow Democrats to emerge united and ready to win in November. That includes reaching out to Democratic candidates with an invitation to join us for a telebriefing to help our active members gain better insight into their platforms. Pete Buttigieg was the first candidate to participate.

Buttigieg began by thanking PFAW for inviting him to the call and stated that we are at a “watershed moment” in our country because so much is at stake in this election. When asked what core principles are animating his campaign, Buttigieg replied that he was focusing on “freedom, democracy, and security.” In regards to his approach to the issue of fair courts and judicial nominees, Buttigieg responded that he wanted to stop the politicization of our courts and that he would look for nominees who would “think for themselves.”

Next, we took live questions from our members who had dialed into our hotline. Rita from Georgia asked how Buttigieg would get corruption and big money out of government, and he responded that the reforms proposed in the For the People Act were a very good place to start and that he would work to counter decisions like Citizens United which have negatively affected our elections. Mary from Indiana asked how Buttigieg would shore up Social Security and Medicare. He stated that we have the “political will” to support these programs and to not diminish our expectations of what they can do for us. He emphasized that he would make these issues a priority and that he believes in expanding Medicare by making it a public option.

When our moderator brought up the Trump-generated crisis at the border, Buttigieg spoke about how the issue is a humanitarian one that has not been adequately handled on a practical or moral level. He stressed that he would end family separation and commit resources to accelerating asylum cases. On the issue of education, he stated that it would help to have a secretary of education who “believes in public education.” He affirmed that he believes in teaching critical thinking and emotional learning, along with updating the curriculum generally. He also emphasized his commitment to investing in education and pledged to raise teachers’ salaries.

Finally, when asked why PFAW members should support his campaign, Buttigieg stated that he hopes people will chose him because of his values and principles as a leader. He expressed that he has a personal stake in issues like climate change because he is a young candidate and will have to deal with the consequences of the environment for years to come, and stated that he represents a different message and messenger than other candidates.