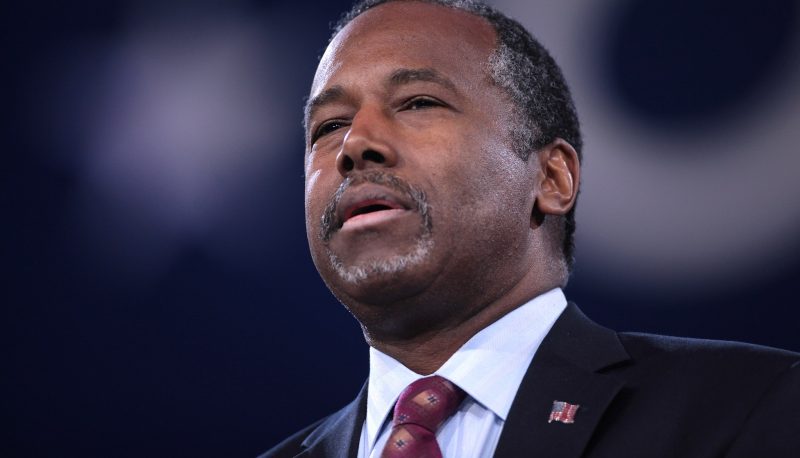 On March 5, in a memo to its employees, the Department of Housing and Urban Development proposed a new HUD mission statement that scrubs references to “inclusive” communities and “communities free from discrimination.” Amid widespread pushback, HUD Secretary Ben Carson tried to downplay the changes, but People For the American Way and PFAW’s African American Ministers In Action remain gravely concerned over yet more evidence that the Trump-Carson HUD is hiding discriminatory policy changes from the public. PFAW and AAMIA were among more than 570 national, state, and local organizations that wrote to Carson and urged him to reverse course. You can download our March 8 letter, with signers, here.

We write to you in response to alarming news accounts alleging that HUD is contemplating amending its mission statement to remove references to creating “inclusive and sustainable communities free from discrimination.” We urge you in the strongest possible terms to reverse course and retain language in your agency’s mission statement that reflects one of HUD’s most important responsibilities: enforcement and promotion of the Fair Housing Act. Many of our organizations worked diligently with HUD to ensure that this language would be included in HUD’s mission statement as a public acknowledgement that this part of HUD’s responsibilities is every bit as important as its role in providing resources for housing and community development. We request a meeting with you to discuss the Department of Housing and Urban Development’s mission and fair housing obligations.

2018 is the 50th anniversary of the Fair Housing Act, which was drafted, in part, in response to the federal government’s centuries-long practice of denying equal housing opportunities to people of color. In fact, the federal government, including the Federal Housing Administration, Home Owners Loan Corporation, United States Housing Authority, and HUD itself engaged in discriminatory housing practices that both denied people fair housing opportunities and helped create and perpetuate residential segregation in our nation. We are a segregated society today in large part due to the actions of these agencies. The Fair Housing Act was meant to undo that segregation. That is why the Act has a dual purpose: to eliminate all forms of housing discrimination and to create integrated, healthy, inclusive communities. Walter Mondale, co-author of the Act, stated that the purpose of the law was to replace racially segregated neighborhoods with “truly integrated and balanced living patterns.”

It is imperative that HUD, through its mission statement and other means, sends a strong message to the public that the agency will ardently fulfill the federal policy “to provide, within constitutional limitations, for fair housing throughout the United States” and will work to ensure that the Fair Housing Act’s promise of inclusive and discrimination-free communities is available to everyone in our nation. Throughout our nation’s history, fair housing has enjoyed bipartisan support. Sadly, and despite this legacy, this Administration chose not to make fair housing a priority at HUD, even though signatories to this letter requested the agency do so. Your proposal to remove important anti-discrimination language from HUD’s mission statement, along with reductions in requested spending on fair housing programs and initiatives, the failure to make fair housing one of the organizational priorities you established for HUD, and the January 5, 2018 Federal Register Notice that effectively suspended the Affirmatively Furthering Fair Housing Rule, have sent a message to jurisdictions, housing providers and the public that promoting housing choice and assisting victims of housing discrimination are no longer priorities at HUD. This is the wrong message, and we urge you to take action to correct it.

As the federal agency appointed by Congress to enforce the Fair Housing Act, HUD should use all of its authority and resources to eradicate housing discrimination and promote healthy, safe, and inclusive neighborhoods that are full of the opportunities that help people thrive. Eliminating any reference in HUD’s mission statement to the agency’s role in ensuring that communities across the nation are free from discrimination suggests that you do not see this as an important part of HUD’s mission. We sincerely hope this is not the case and that you will take immediate steps to correct this unfortunate impression.

Please ask your staff to contact Jorge Andres Soto, Director of Public Policy at the National Fair Housing Alliance, at JSoto@nationalfairhousing.org or 202-898-1661, to coordinate the scheduling of this important meeting.