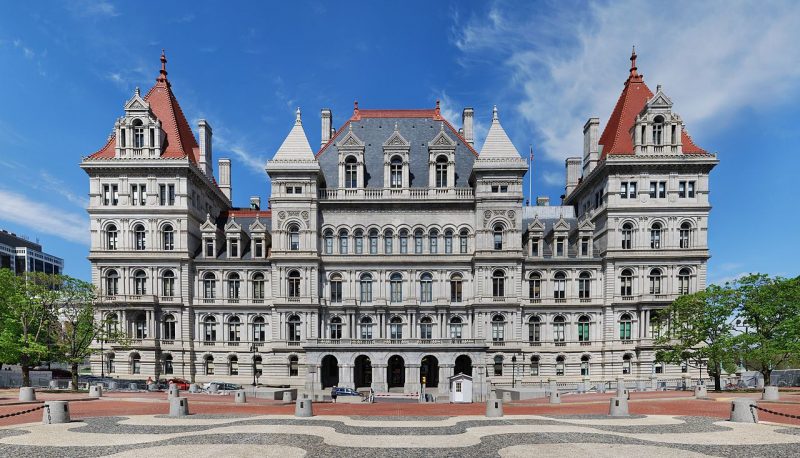 People For the American Way and PFAW’s African American Ministers In Action are firmly committed to building a democracy where everyone participates, every vote is counted, voting rights are fully enforced, and everyone’s voice is heard. Accordingly, we support the Fair Elections for New York campaign and recently joined fellow campaign supporters in urging Governor Andrew Cuomo to do his part in turning the state into a pro-democracy leader. Our letter specifically calls for campaign finance reform in New York with a small donor matching system. You can download our letter here.

New York has an unprecedented opportunity to lead the nation—quite literally—on campaign finance reform, with a small donor matching system. We write to request your help.

As you know, Speaker Pelosi and key leaders in Congress are spearheading an effort to make democracy reforms the first bill in the 116th Congress. In a November 25 op-ed in The Washington Post, entitled, The Democratic Majority Will Restore Democracy, Pelosi and Representative Sarbanes wrote:

Americans went to the polls and sent a powerful message: The election not only was a resounding verdict against Republicans’ assault on Americans’ health care and wages, but also it was a vote to rescue our broken democracy.

First among the democracy-rescuing reforms they described was campaign finance reform:

We must also empower hard-working Americans in our democracy by building a 21st-century campaign-finance system—combining small-donor incentives and matching support—to increase and multiply the power of small donors. Wealthy special interests shouldn’t be able to buy more influence than the workers, consumers and families who should be our priority in Washington.

We know you are aware of voter hunger for reform, and we know you believe in amplifying the power of small donors to limit the power of big money in our politics. You’ve called for it every year you’ve been in office.

With Democrats taking over the U.S. House of Representatives, the nation is heading down the track that New York is already on. The destination is a new era of democracy reforms such as small donor public financing, automatic voter registration and early voting. New York, under your leadership, can get there first, and in so doing provide a boost to the broader national effort.

That is precisely why we write. Show the nation how it can be done. Inspire Congress and give something to candidates to point to in 2020. We’ll work hard to pass a federal bill in the U.S. House this month. We then hope to look to New York as a model for the nation.

Luckily, you are not alone. You have two legislative leaders who have sponsored small donor matching system bills. You also have us, and many others hoping to see this happen. Please let us know how we can help you help the rest of the country.

ITHACA VOICE: Are our police officers protecting and serving all of us?

ITHACA TIMES: Real Crime Data in the Wake of Disinformation