This morning, a group of allied organizations held a rally at the Capitol to mark the first anniversary of the Supreme Court’s Citizens United decision. At the rally, People For the American Way and others delivered over 750,000 petitions calling for a constitutional amendment to reverse Citizens United to members of Rep. Donna Edwards’ staff. Rep. Edwards introduced a constitutional amendment in the House last year, and has been a strong supporter of efforts to reverse the decision. 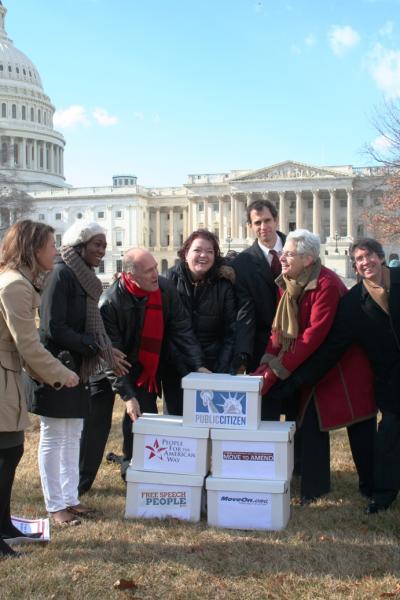 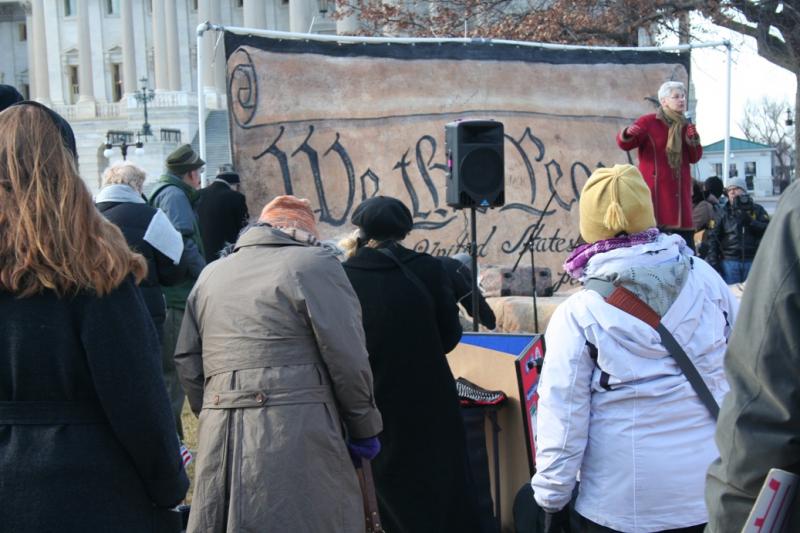 Protesters put a “for sale” sign on the Capitol: 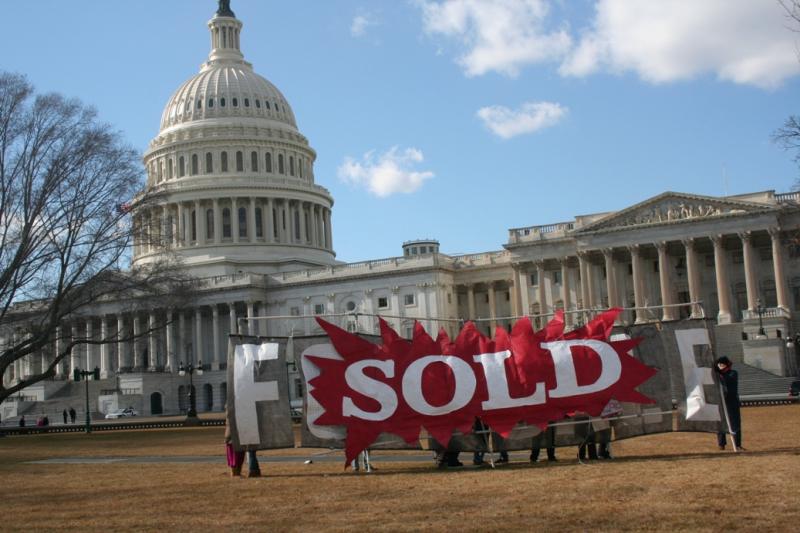 A protester contests the notion of corporate personhood: 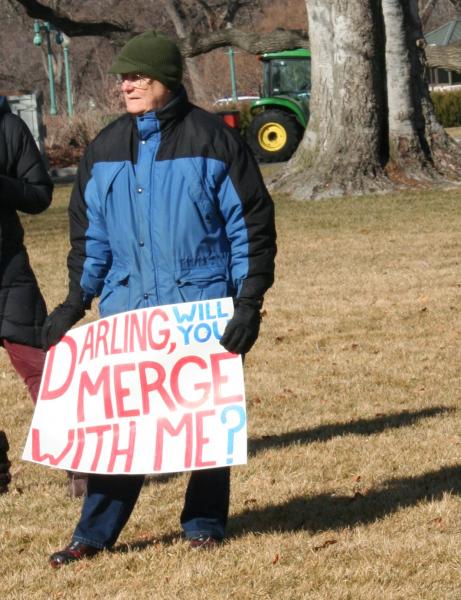