On Wednesday, PFAW joined representatives from a number of organizations similarly concerned with civil rights and the cornerstone of American democracy – the right to vote – on Capitol Hill to present Speaker John Boehner with the signatures of more than 500,000 Americans demanding that Congress move forward in restoring key provisions of the landmark Voting Rights Act.

Today, access to the voting booth has become an increasingly imperiled right for many Americans, thanks to the Supreme Court’s decision last year in Shelby County v. Holder. Across the country, states and localities are making changes to voting laws that make it more complicated and onerous to carry out a fundamental civic duty, especially for ethnic and racial minorities, the elderly, and student voters. 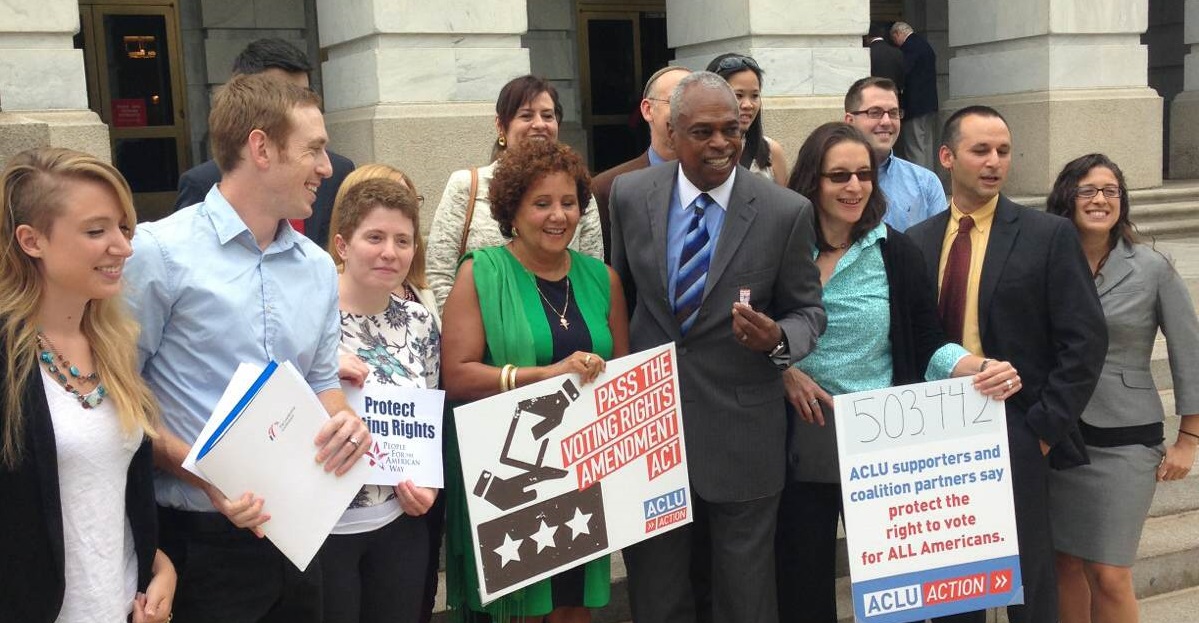 However, the Republican leadership in the House does not seem to share the public’s sense of urgency on compromised voting access. Tellingly, neither Speaker Boehner nor his staff acknowledged the coalition’s attempt to deliver the signatures in-person. The office that he keeps for his congressional district was locked, and knocks went unanswered, shutting out the American people, including his constituents, in the middle of a workday while Congress is in session. 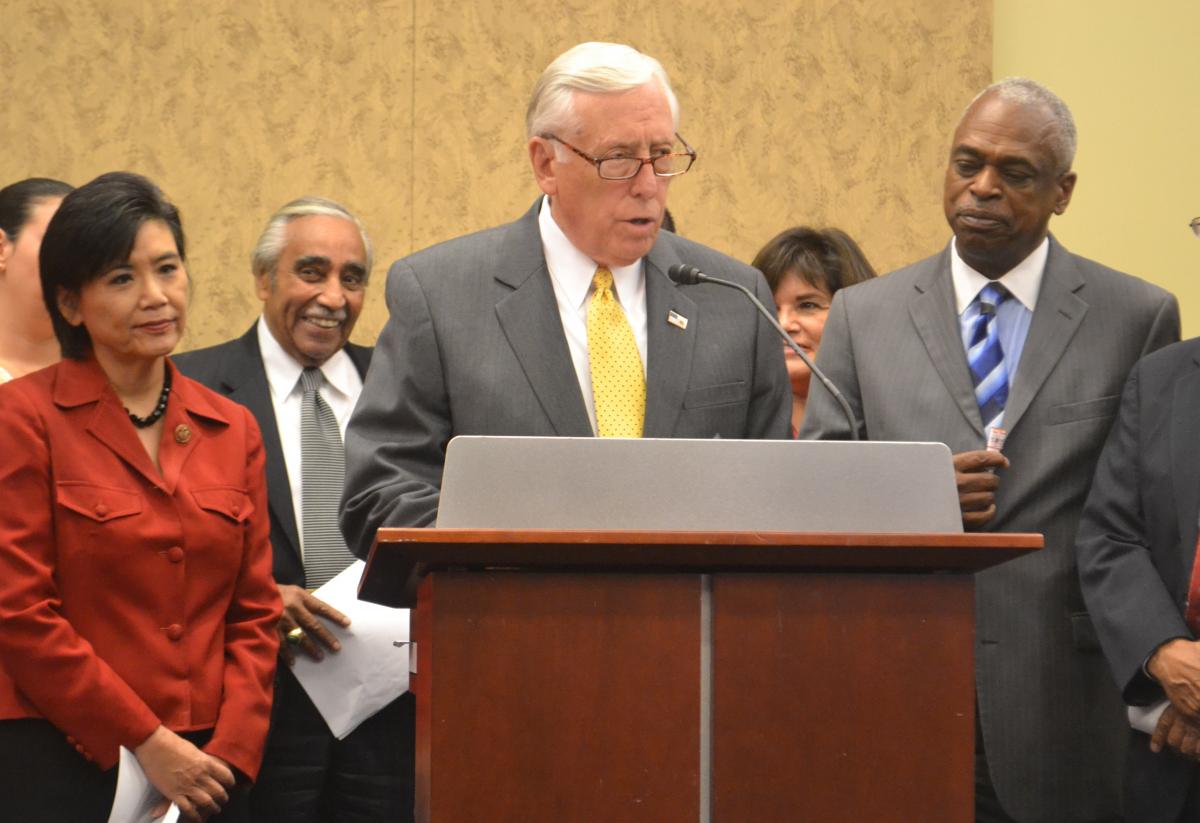 In a press conference following the attempted delivery of the petitions, lawmakers and representatives from the #VRA4Today coalition of more than 50 advocacy groups spoke of the need to strengthen the rights of voters and restore the critical protections of the Voting Rights Act. Marge Baker, executive vice president of People For the American Way, said:

Repairing the damage done by the court majority in Shelby is a critical test of whether Congress can put partisanship behind to protect our democracy. The will of the people is clear: we will not tolerate voting discrimination in our country, we will not turn back the clock.

Joining in this sentiment was House Minority Whip Steny Hoyer, who urged his colleagues to support the rights of Americans to participate in their government. “The right to vote is the most fundamental right in a democracy,” he said. “It is the right to have one’s voice heard.” 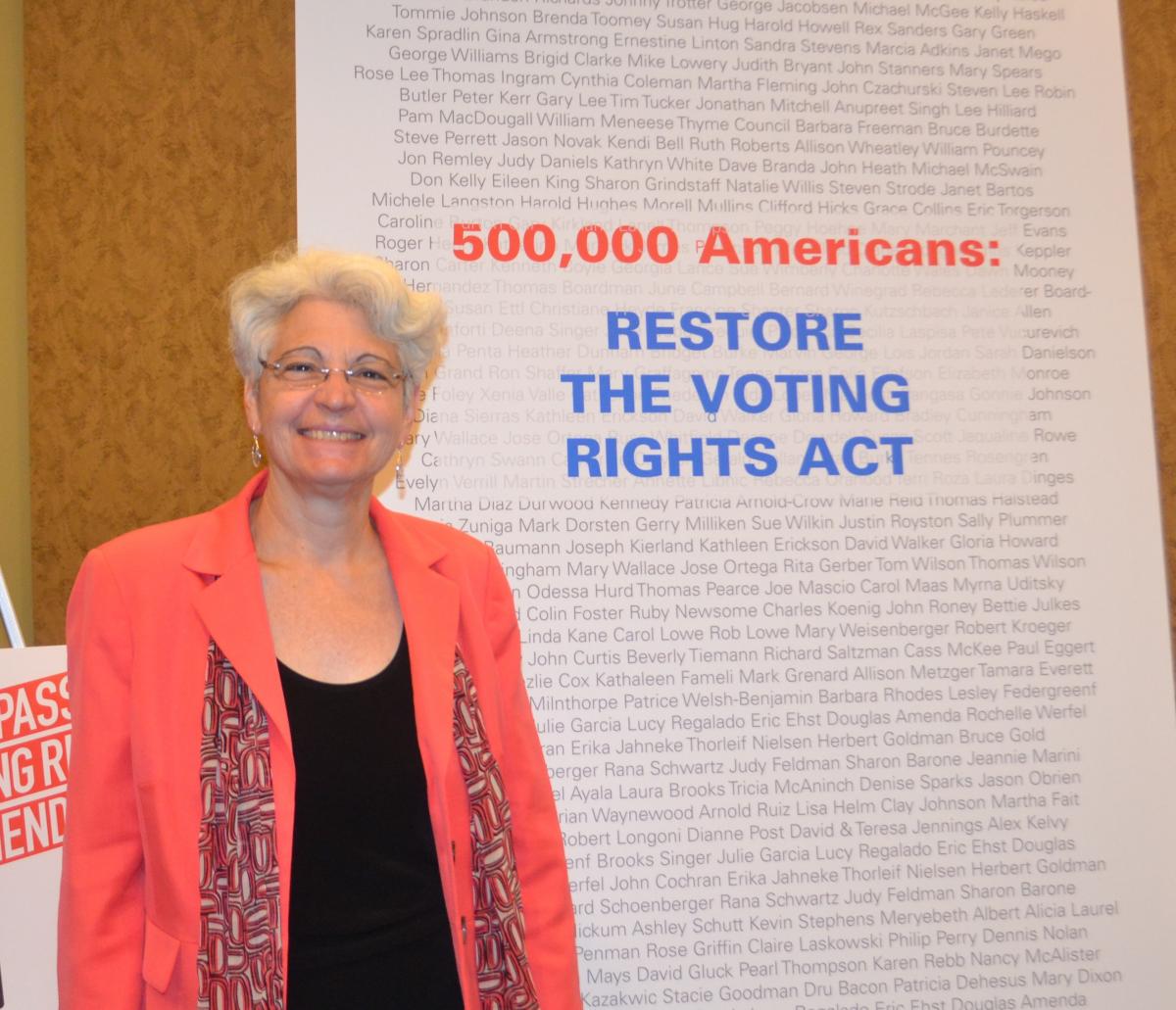