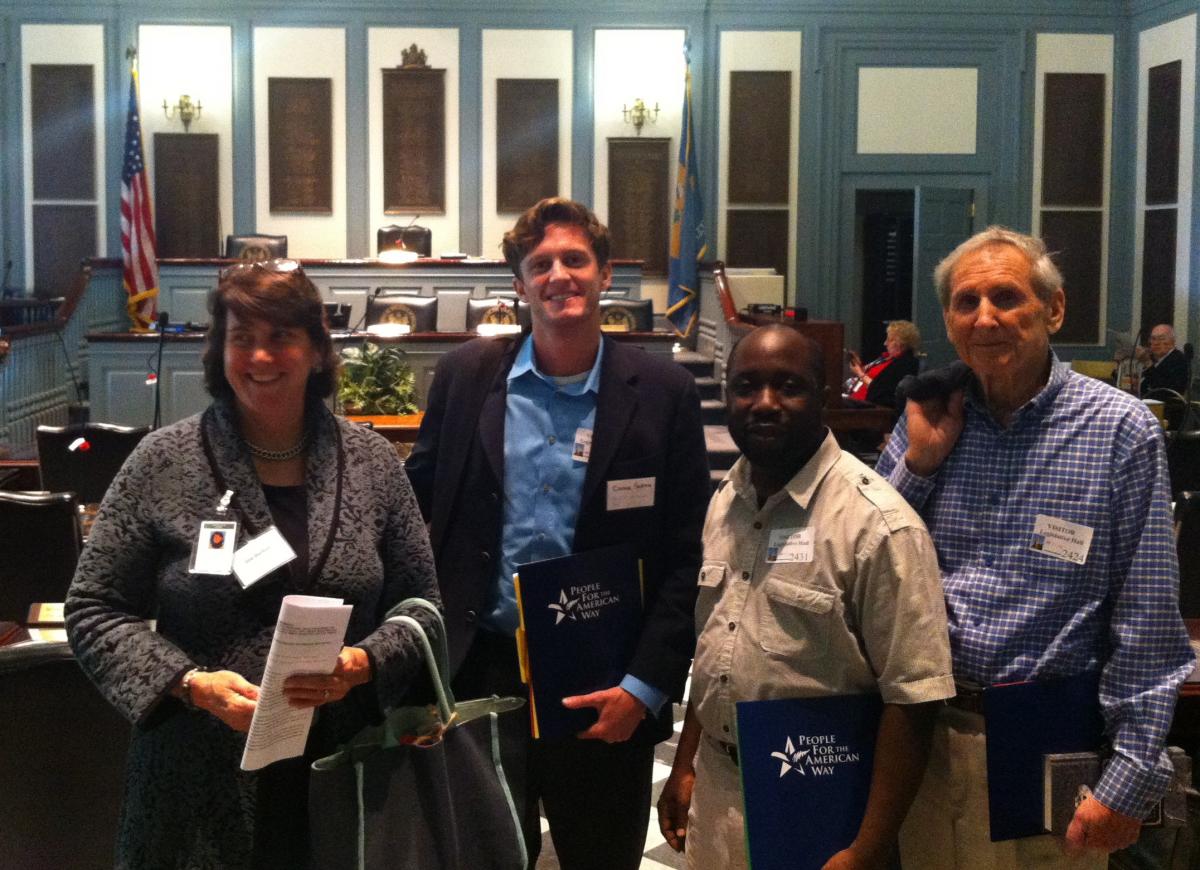 It was the tiring but rewarding work of democracy in action.

PFAW Legislative Representative Calvin Sloan recently joined PFAW members and ally organizations Common Cause Delaware and Public Citizen in meeting with Delaware Senators and Representatives, asking them to sign a letter calling for a Constitutional amendment reversing the Supreme Court’s Citizens United decision. Going “door to door” in the state legislature, the advocates held meetings with lawmakers about the importance of reclaiming our democracy from corporations and wealthy special interests.  By the end of the day, the advocates were exhausted but buoyed by the positive responses they had received from public officials on both sides of the aisle.

“The United States of America’s elections should not be permitted to go to the highest bidder, and yet this is the risk that rises from the ashes of the Citizens United decision. This risk must be abated.”

From grassroots advocacy in Delaware to tracking money in politics legislation across the country, PFAW continues to speak out about that risk.  And as President Michael Keegan wrote in an action alert last month,

“Our national movement to get unlimited corporate and special interest money out of our elections is growing stronger by the day.”