PFAW and Allies Stand Up to ALEC 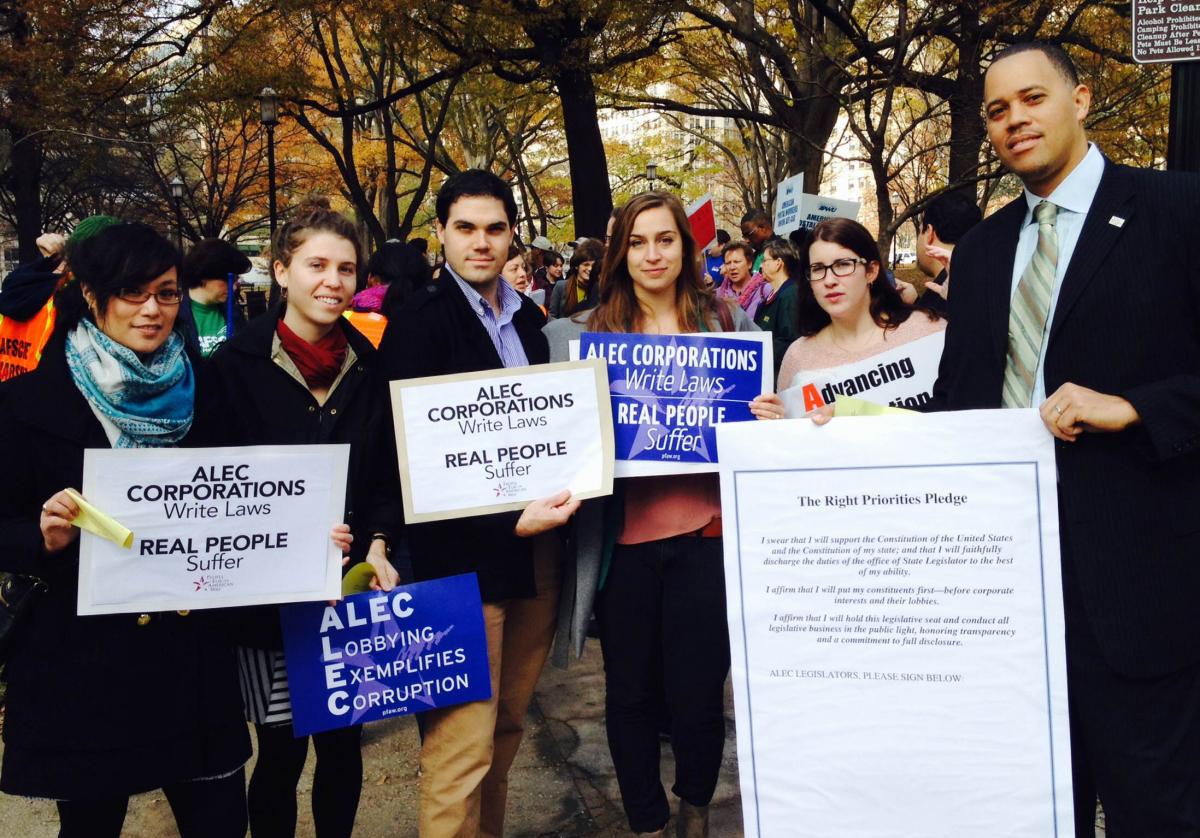 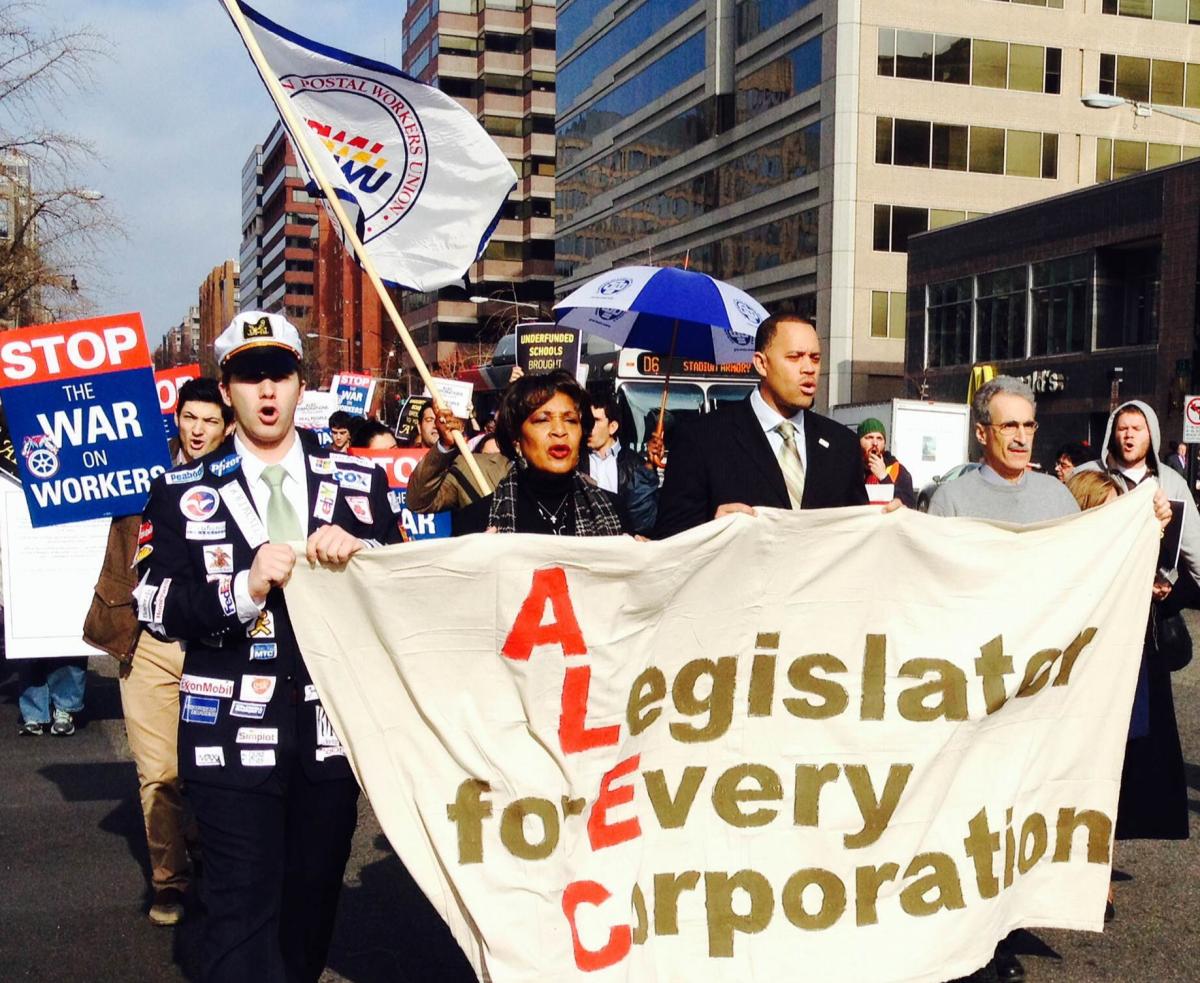 Outside their meeting at the Grand Hyatt, PFAW and ally organizations led a protest to stand up to ALEC’s extreme agenda.  Holding signs like “ALEC shoots first… and hits real people” and “Stop the war on workers,” hundreds of advocates from diverse organizations and backgrounds marched, chanted, and made speeches about the real toll ALEC-supported policies have on Americans’ lives. 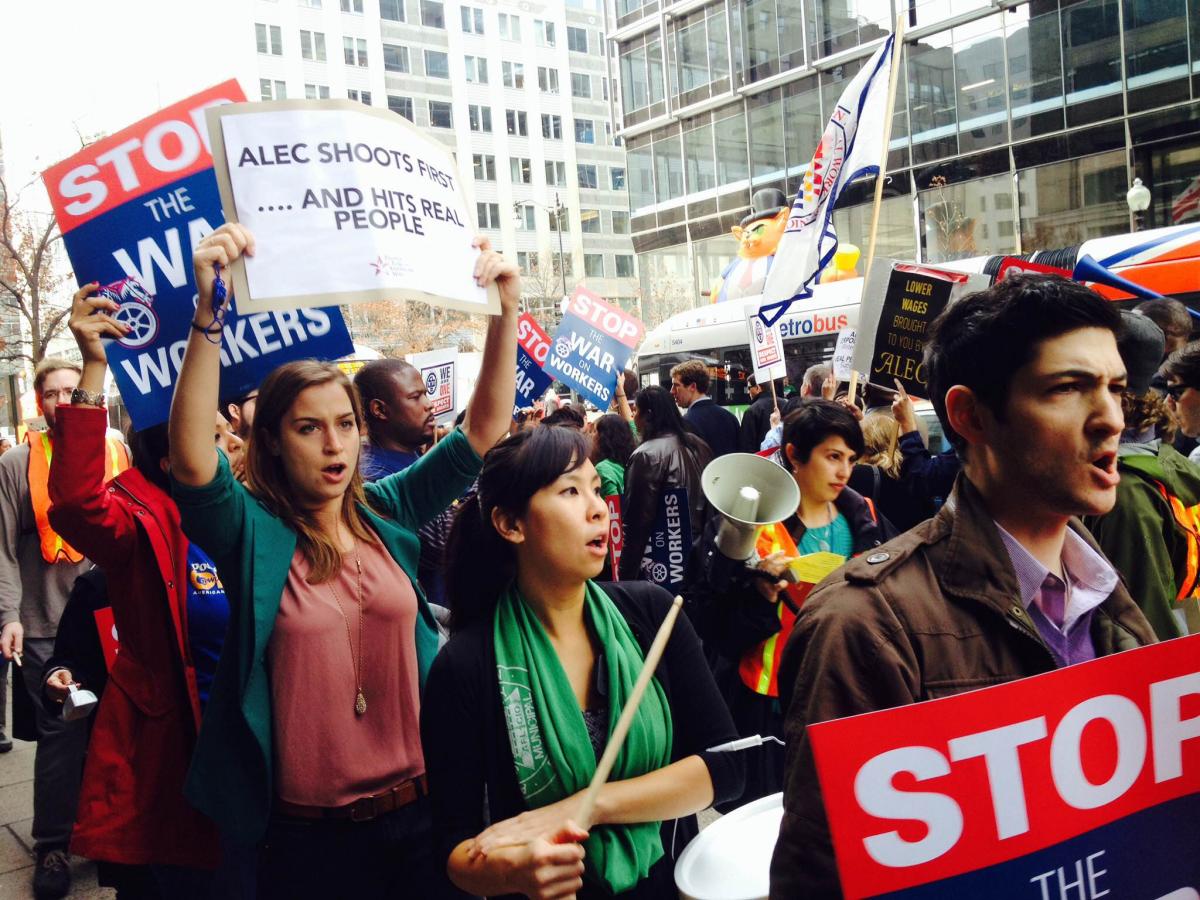 PFAW’s Diallo Brooks’ speech to the crowd was interrupted many times with cheers and applause.  He said:

It doesn’t matter where they meet—here in Washington or any other city. When ALEC comes to town, we need to let them know that it is not okay for them to have private meetings with our legislators and corporations and write legislation that impacts our lives every day. We’re here to let them know—loud and clear—that democracy is still alive. We’re paying attention, and we’re going to call them out wherever they go. 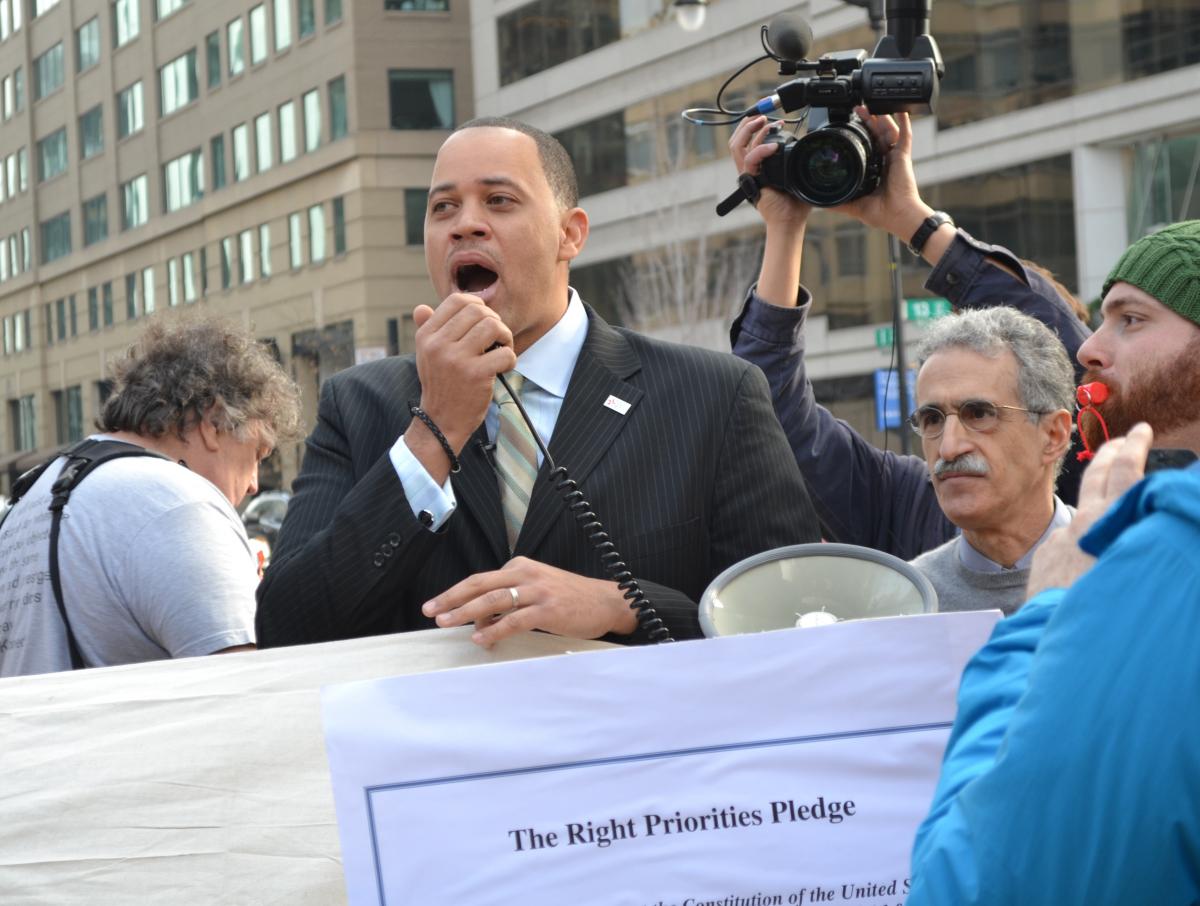 Following last week’s news that ALEC drafted an agreement for their state chairs calling on them to put the interests of ALEC first, Brooks and other protest leaders went into the meeting area and asked attendees to sign an alternative pledge – one asking ALEC legislators to honor the Constitution and their constituents rather than corporate interests. None of the attendees signed.