PFAW and Allies Tell Voter Suppression Commission: We will Stop at Nothing to Protect Our Rights - People For the American Way
Skip to main content

PFAW and Allies Tell Voter Suppression Commission: We will Stop at Nothing to Protect Our Rights 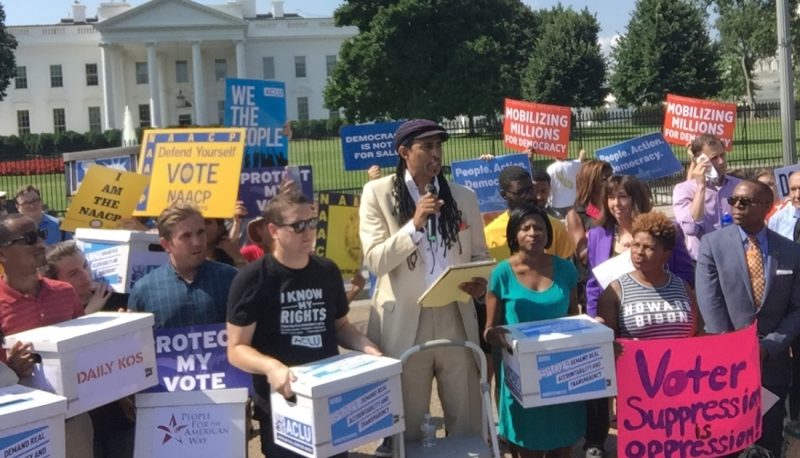 On Tuesday PFAW and allies protested just outside the White House, at DC’s Lafayette Square Park, to mark the swearing in ceremony and first meeting of President Trump’s so-called ‘Presidential Commission on Election Integrity.’ A broad coalition of cultural advocacy and civil rights leaders rallied to demand that Trump respect Americans’ fundamental right to vote.

As the protest got underway, police armed with assault rifles dispersed our crowd from the park, even though we had a permit to gather. 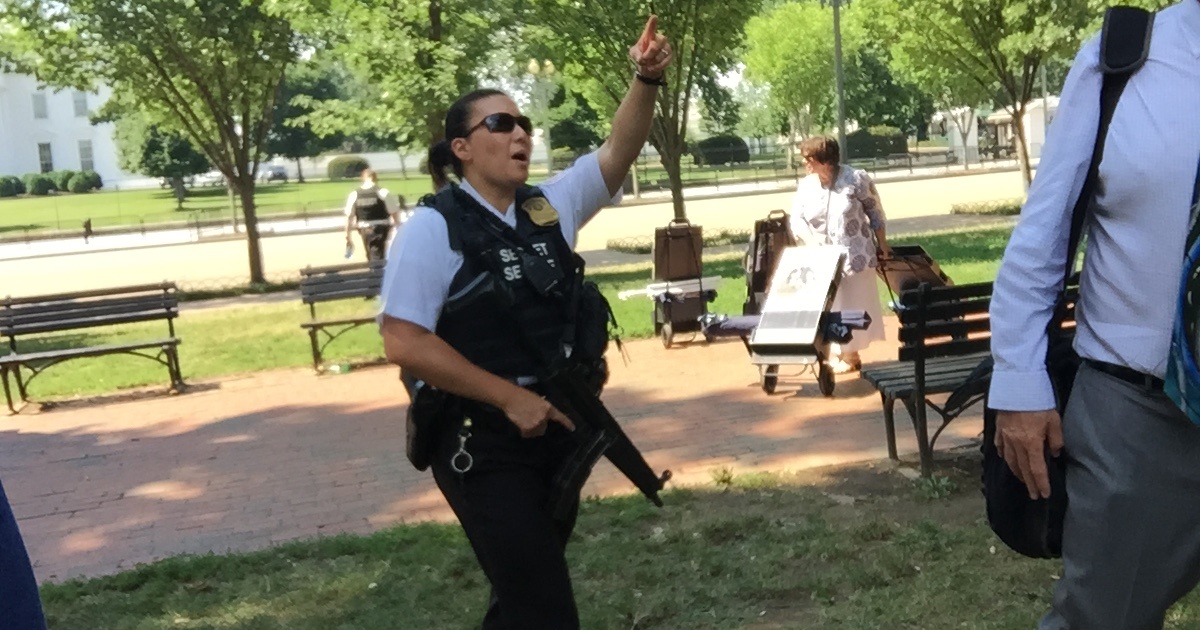 That did not stop us. We relocated and persisted in making our voices heard.

PFAW’s Diallo Brooks joined leaders from numerous partner organizations to point out that we will not allow Trump or his commission to suppress voters, especially students and people of color.

“They’re trying to take our vote away. They’re trying to tell our little sisters and brothers, ‘Y’all can’t vote,’” Brooks said. “Today we stand together in 100 degree heat—or two feet of snow, it doesn’t matter—we’re going to be out here pushing back.”

Rev. Lennox Yearwood, President and CEO of the Hip Hop Caucus, also energized the crowd, saying that activists will not be silenced or intimidated. 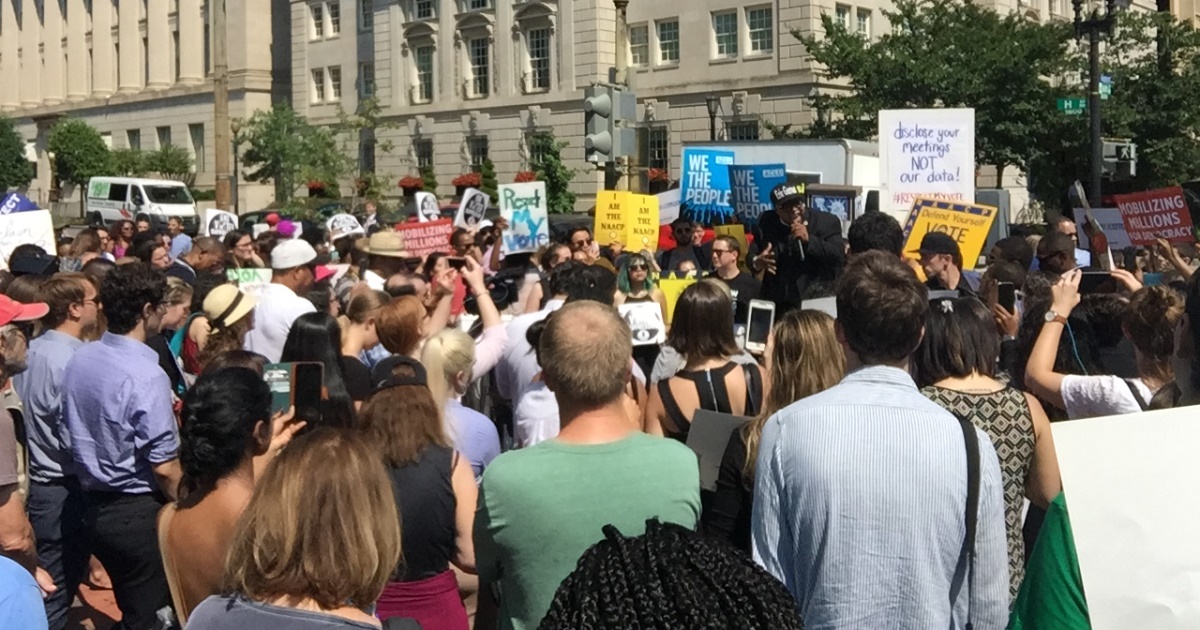