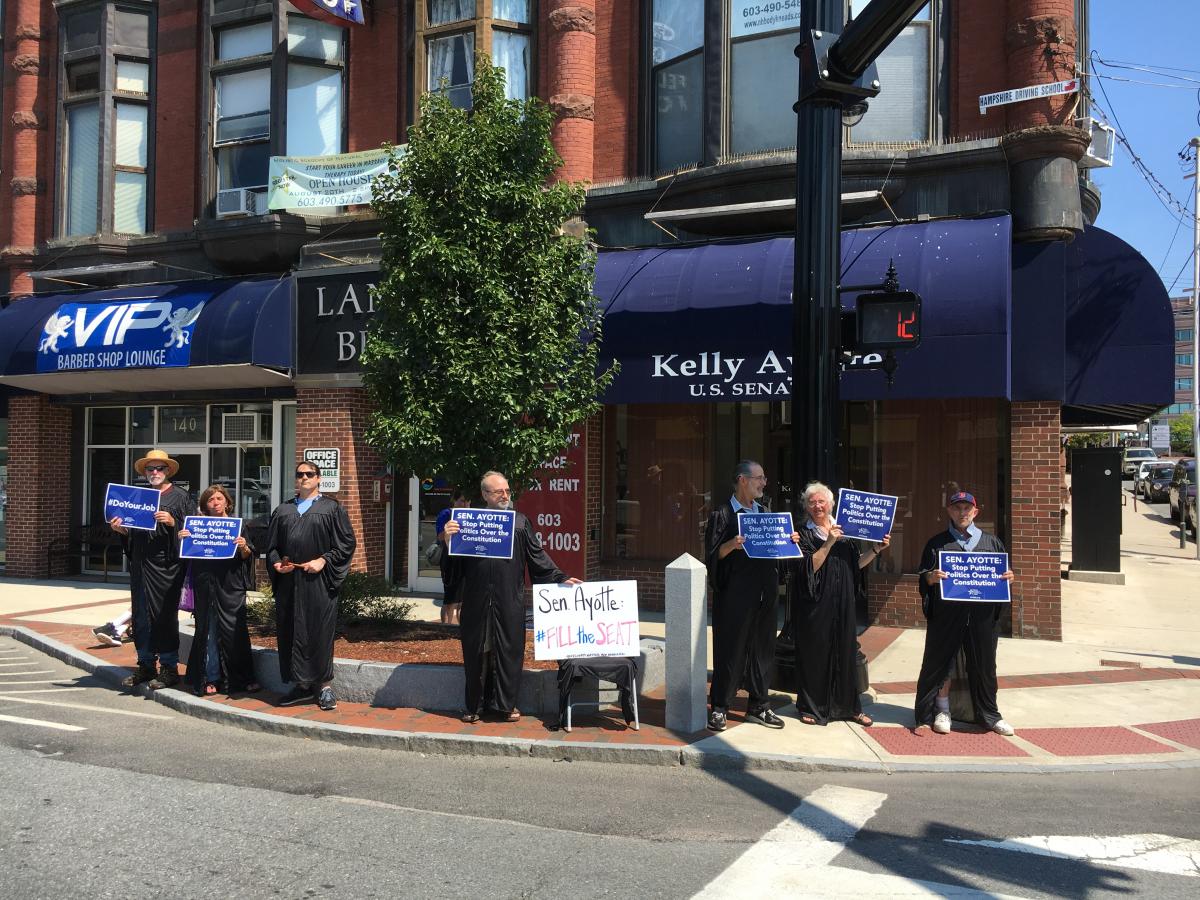 “We’re bringing the Supreme Court to Sen. Ayotte today, since she’s tried so hard to ignore it,” said Linds Jakows, New Hampshire Campaign Organizer with People For the American Way,  “Obstruction that results in leaving the seat open for Trump to fill is neither independent nor bipartisan, as she likes to call herself, and she’s ignoring the majority of her constituents who understand filling this vacancy is crucial in bringing forth justice for millions of people.” 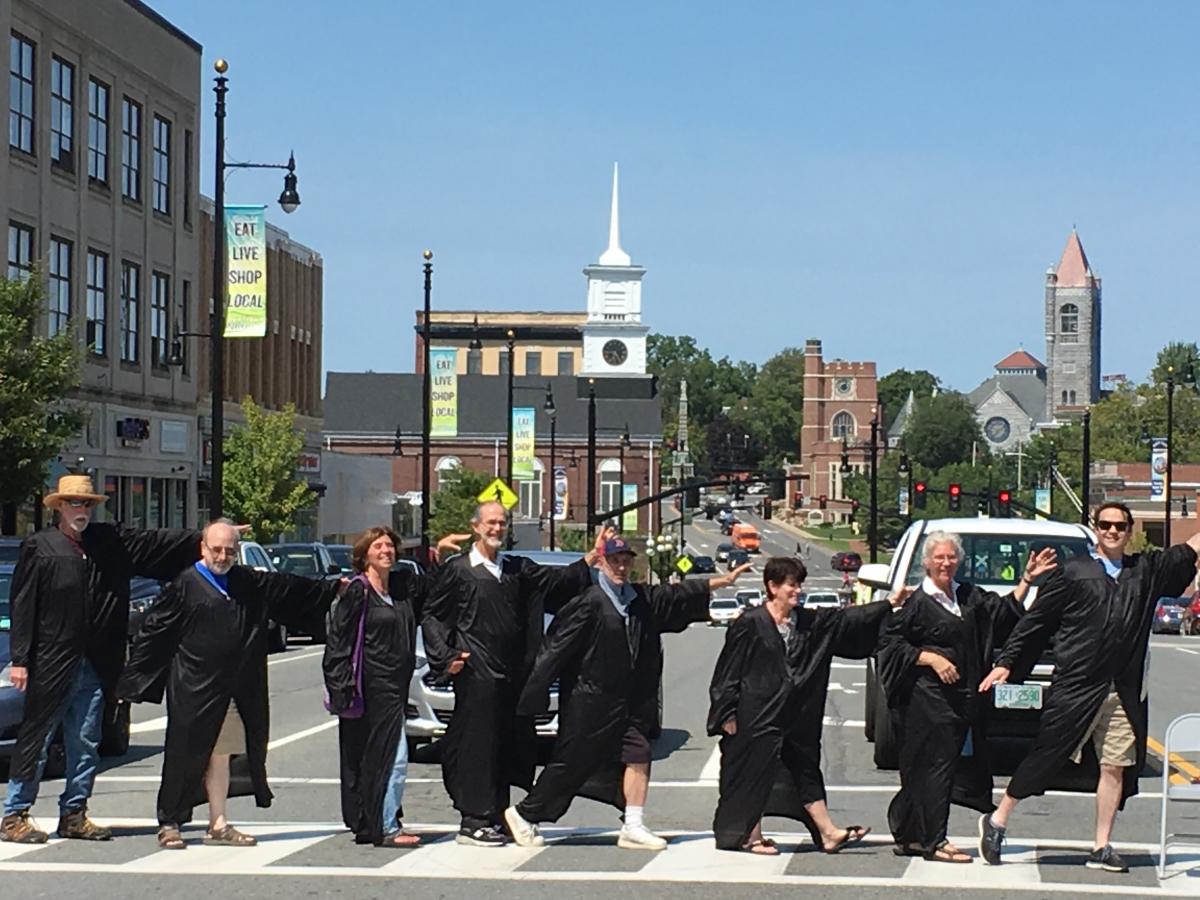 Ayotte has remained in lockstep with her party leadership on this vacancy, forcing the highly qualified Merrick Garland to wait more days than any nominee in history. Recently Ayotte called Trump’s Supreme Court shortlist a “good start,” apparently ignoring the many extreme rulings from these judges. One judge on Trump’s shortlist, Steven Colloton, said that a woman who reports sexual harassment cannot take legal action if her employer retaliates by firing her. 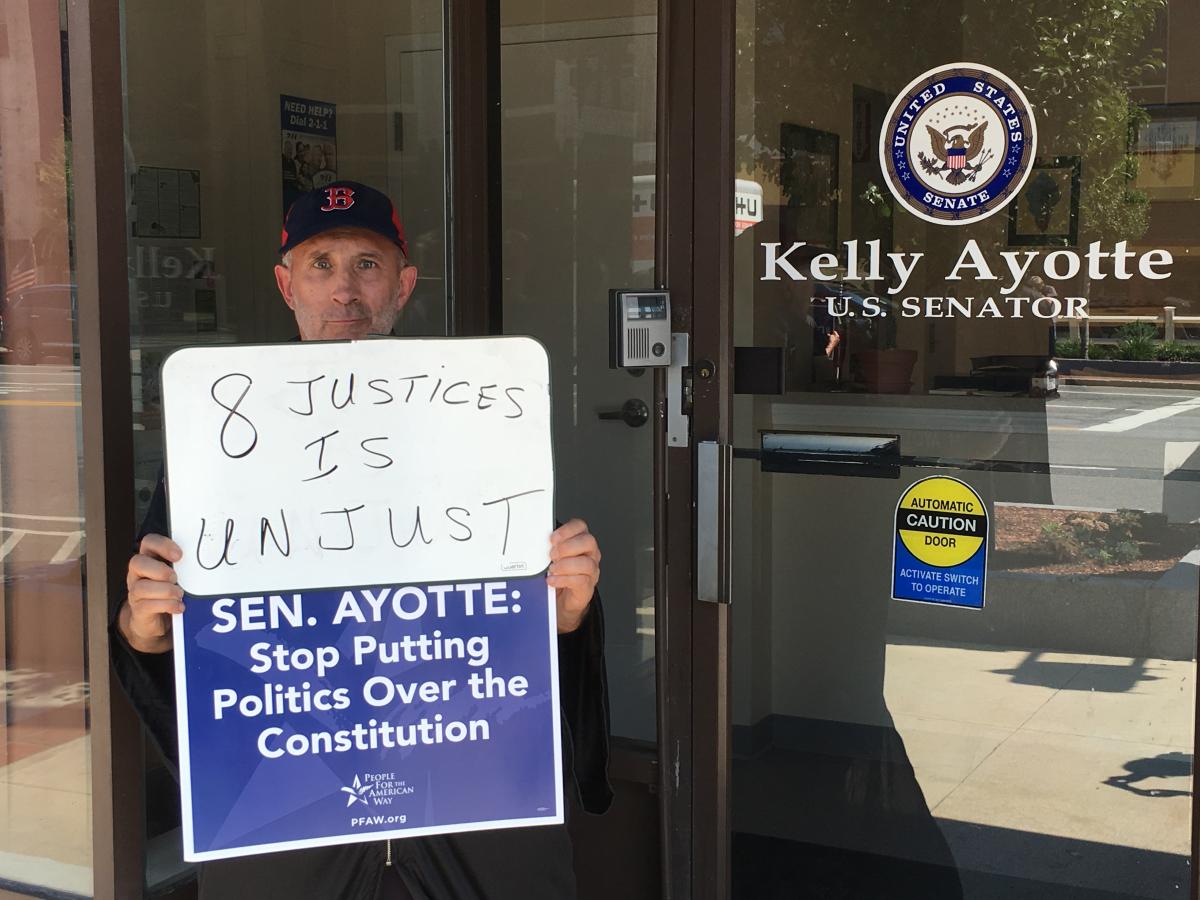 Participating activists took photo petitions amplifying this message — Margaret and Rocco Femia and Carol and Karl Stamm called out Ayotte’s hypocrisy and so-called independence, while Marcel ‘Dusty’ Liberge and Steven Goldstein focused on the lack of justice from an 8-member court.