From anti-adoption rules in Russia to laws banning same-sex intimacy in the Caribbean, the right-wing global movement against LGBT rights – especially its U.S. leaders working transnationally – was under the microscope this weekend during a panel at Netroots Nation. 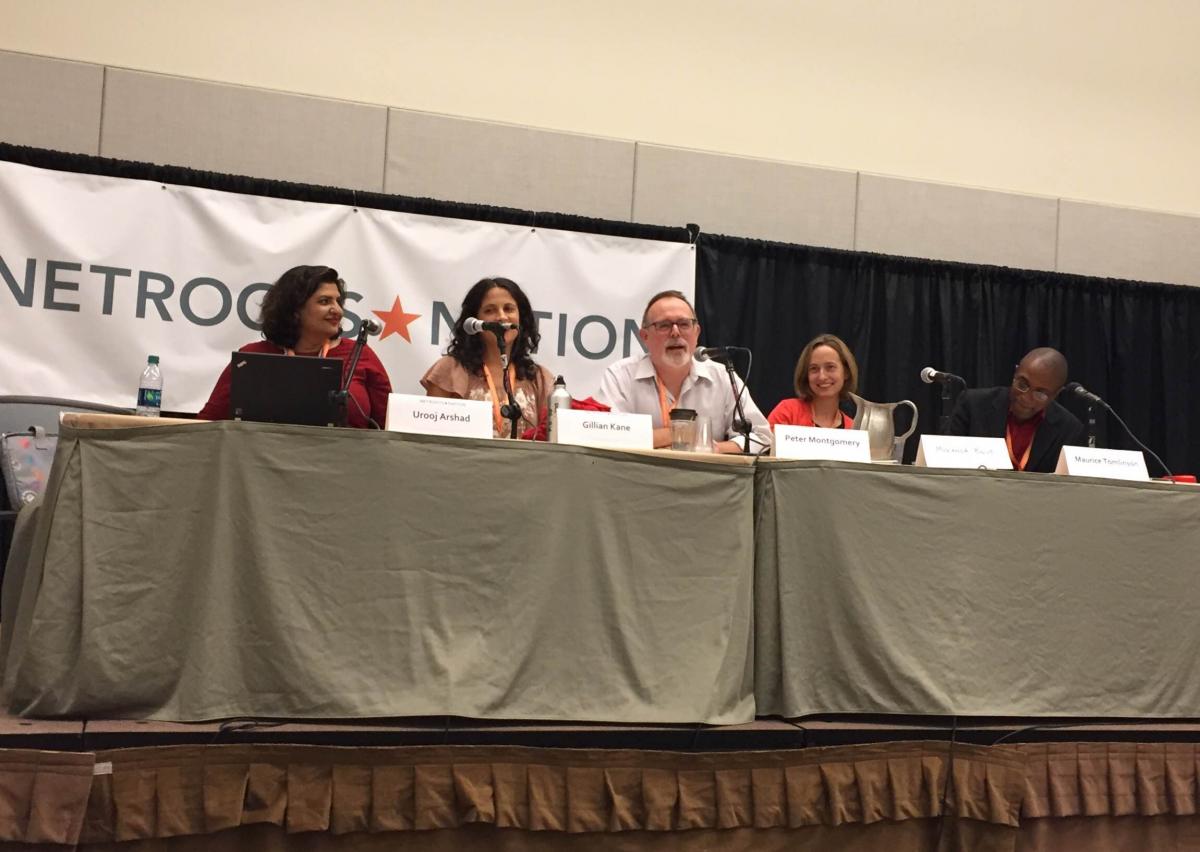 Gillian Kane kicked off the presentations by highlighting that those attacking the rights of LGBT people across the world are also often leading attacks on other rights, including reproductive freedoms. She noted that U.S.-based anti-LGBT activists working transnationally, like the Alliance Defending Freedom (ADF), strategically frame themselves as victims of religious persecution rather than those working to undermine the rights of others. Kane recently published an article on ADF's expansion in Latin America.

Maurice Tomlinson gave a snapshot of the current status of anti-LGBT laws in Jamaica and across the Western hemisphere. He pointed out that Belize and Trinidad & Tobago both ban the entrance of gay people into the country, and that a total of 11 countries in the Western hemisphere still criminalize same-gender intimacy.  In Jamaica, Tomlinson noted, “our culture has been perverted” by the exportation of homophobia from the global North for many decades. He also highlighted some of the work happening in Jamaica to fight anti-gay laws, including everything from lawsuits to flashmobs.

Miranda Blue, who authored People For the American Way’s report on Globalizing Homophobia, highlighted the case study of the push for anti-LGBT legislation in Russia, a campaign which she pointed out "hasn’t come out of a vacuum.” She said that Putin is both trying to silence dissent and frame Russia as a bastion of traditional values. Many on the Right in the U.S., she said, have bought into this framing, cheering on the laws and saying that the U.S. should have similar ones. Blue noted that Brian Brown of the National Organization for Marriage even traveled to Moscow to testify in front of the parliament in support of an anti-gay adoption law.

Urooj Arshad focused on how to do solidarity work with LGBT activists based in the global South and warned against the conflation of the West with LGBT rights.  She urged U.S.-based LGBT rights activists to always be in communication with those working and living locally. Arshad, who grew up in Pakistan, noted that in many formerly colonized countries, the criminalization of homosexuality came with colonization, with many of the anti-sodomy laws from that era still on the books.

Peter Montgomery pulled all of the speakers' presentations together by framing the anti-LGBT attacks happening around the world as a unified right-wing movement rather than isolated campaigns. He pointed out the number of laws globally that have been directly supported by right-wing organizations in the U.S., and said that activists here can help support LGBT activists abroad by chipping away at the credibility of U.S. groups that are helping fuel this work internationally.

For more about the exporting of anti-gay activism transnationally, you can read PFAW’s 2014 report on Globalizing Homophobia here.