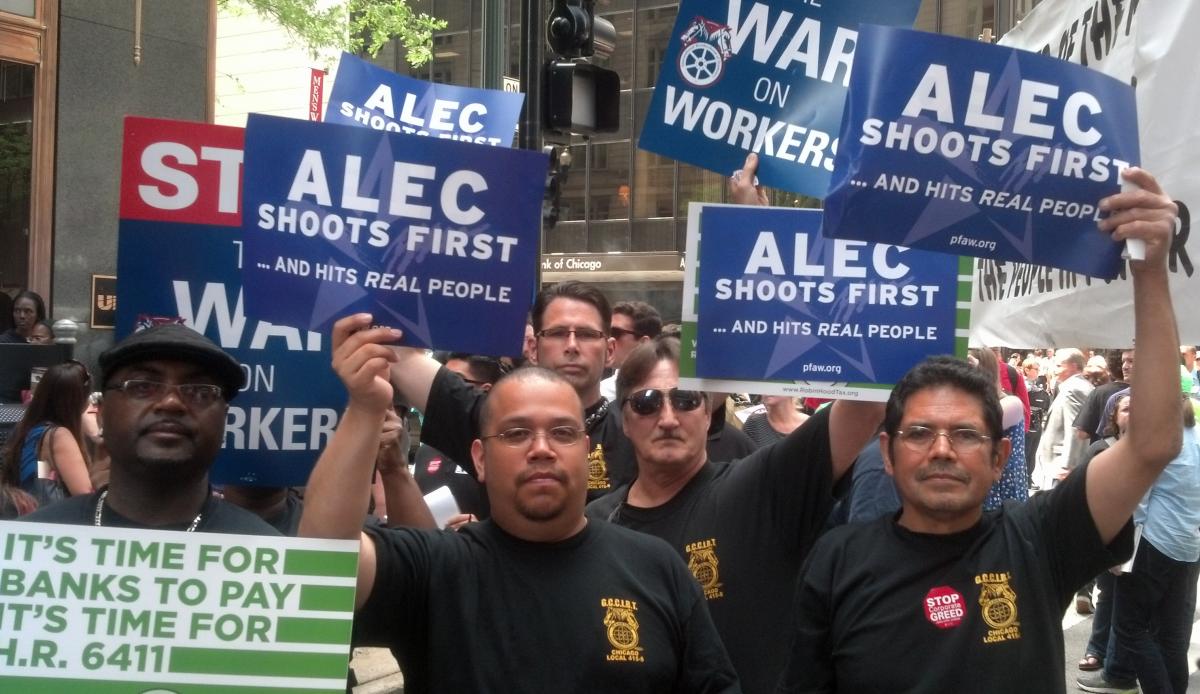 All photos by Scott Foval.

Bill Moyers once called ALEC (the American Legislative Exchange Council) the “most influential corporate-funded political force most of America has never heard of.”  Today, PFAW is helping to change that – coming out in full force to shed some light on the harm ALEC’s extreme agenda causes to everyday Americans. 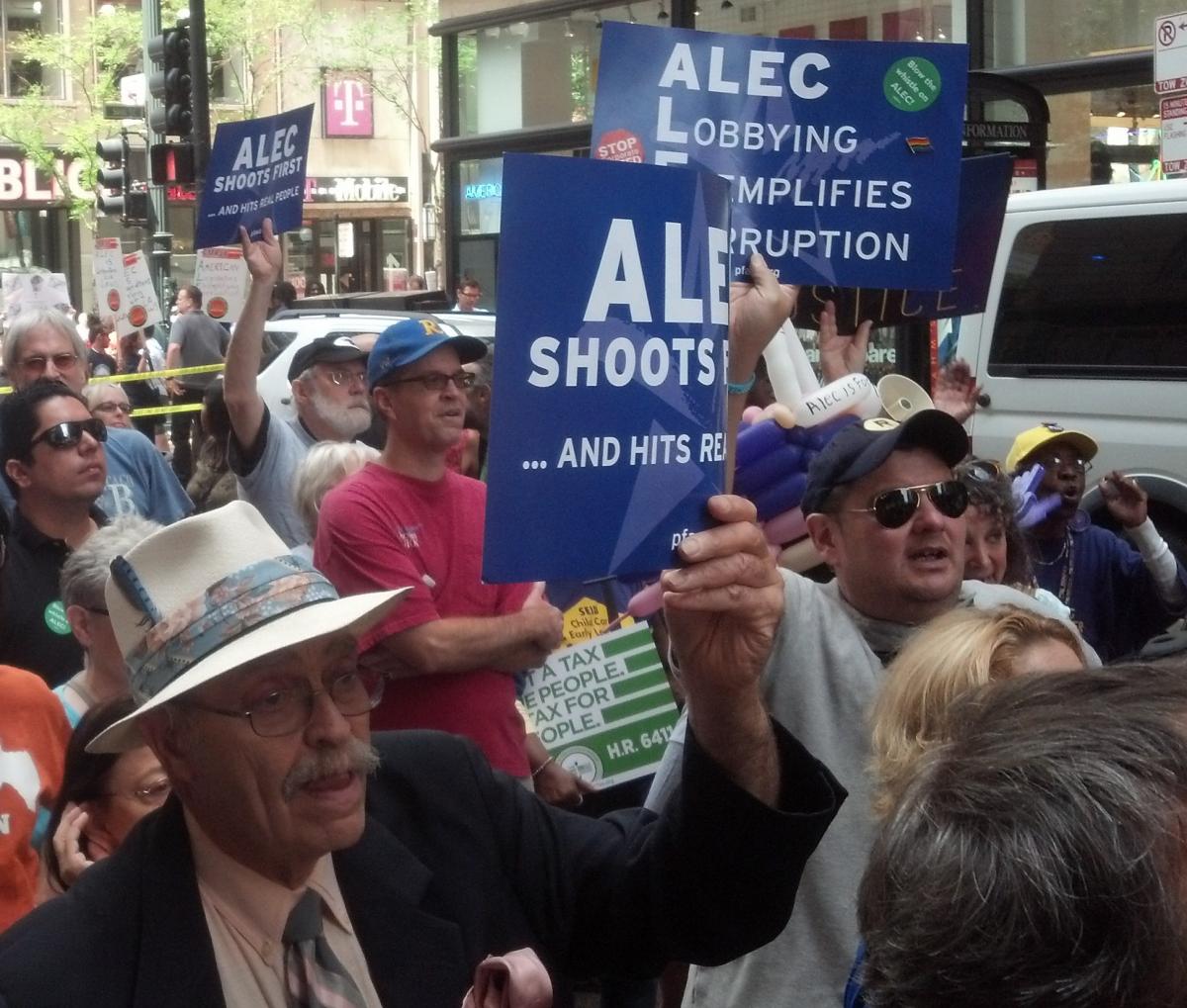 As ALEC holds its 40th annual meeting in Chicago, PFAW is there – along with ally organizations, labor groups, and advocates from around the country – to crash their party.  The protest happening now outside Chicago’s Palmer House Hilton is the biggest anti-ALEC protest to date. 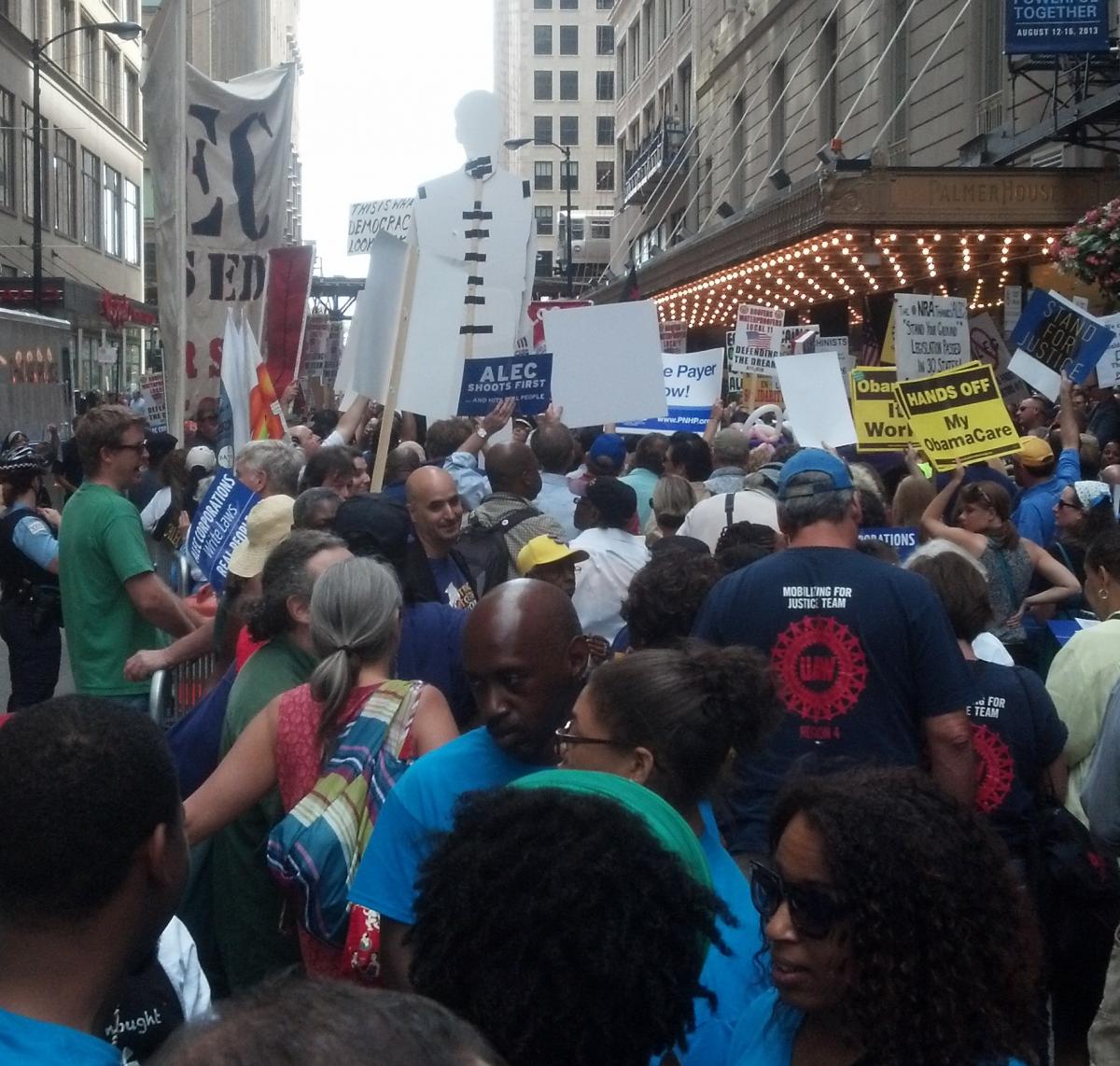 The mass of people at the rally underscores the growing momentum to expose and fight back against ALEC, which connects corporate lobbyists with state legislators to pass special interest legislation in all fifty states.  For four decades, ALEC has worked behind closed doors to get laws harmful to everyday Americans on the books – working against paid sick days, pushing tax policies favoring the rich, and helping “Stand Your Ground” become law in more than two dozen states.  As our signs say, “ALEC corporations write laws, real people suffer.” 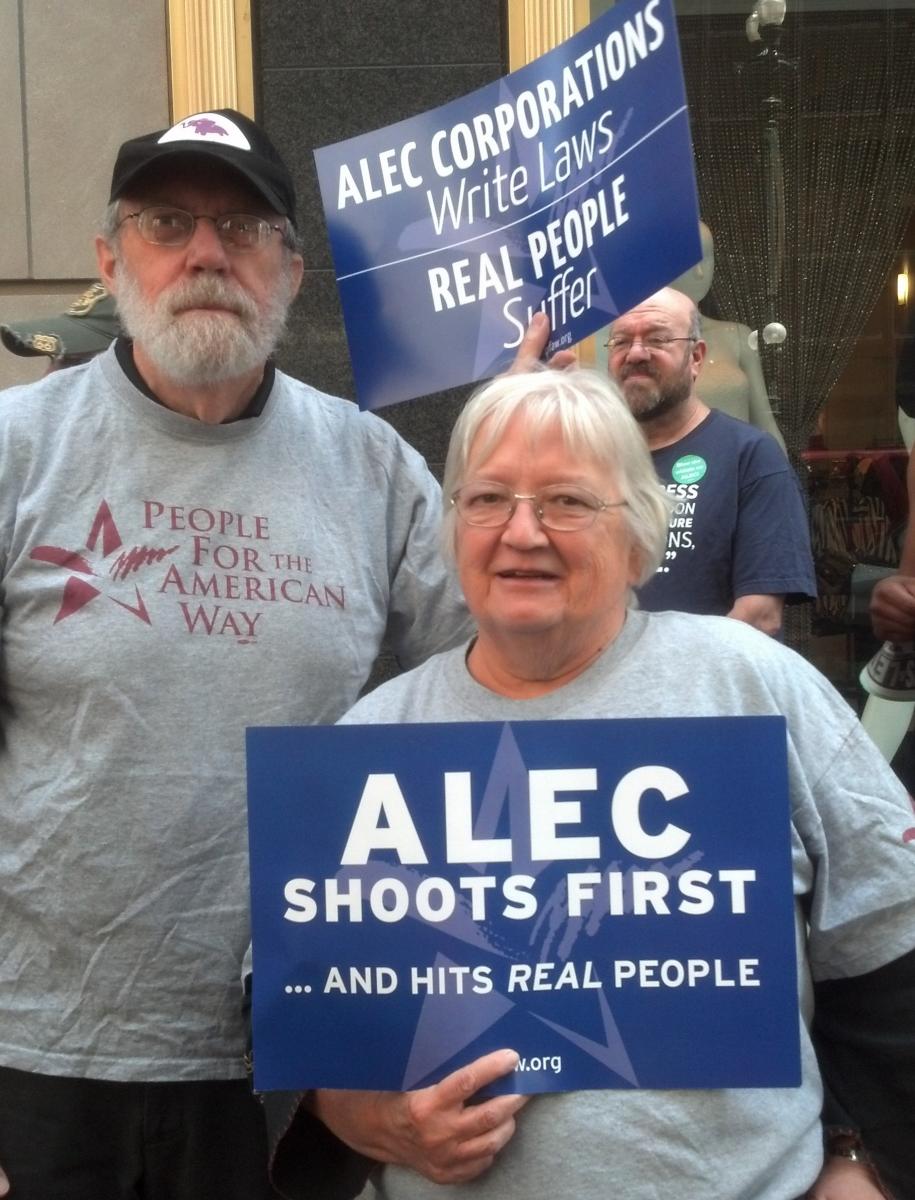 And today, we’re calling them out.

ALEC Government by the People rallies