Yesterday, People For the American Way delivered to Senate Rules Committee Chairman Charles Schumer the signatures of over 25,000 activists urging the Senate to take up and pass the DISCLOSE Act before the end of this Congress. The House passed the bill earlier this year, but Republican Senators have twice blocked it from proceeding in the Senate. 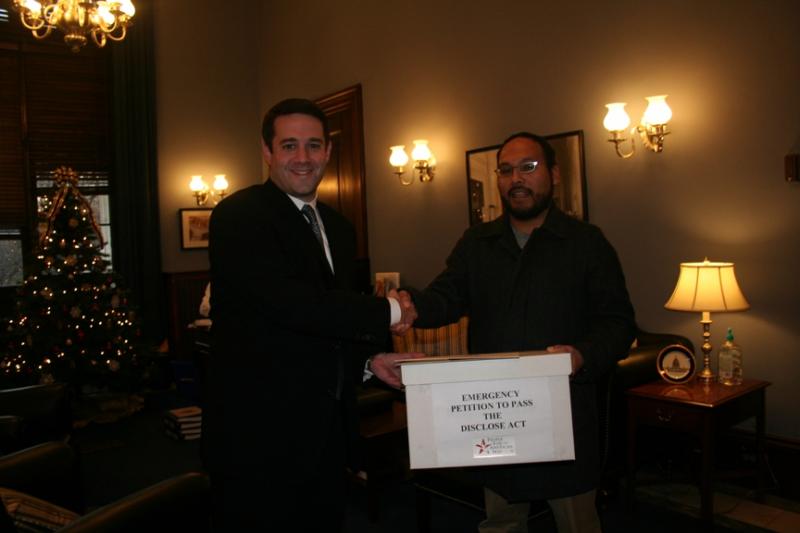 The best chance the Senate has to pass the bill is to pass it now. Despite the overwhelming popularity of campaign finance disclosure measures, the GOP has hardly been friendly to DISCLOSE so far (all but two House Republicans voted against the measure, and it didn’t win the support of a single Republican senator). The bill was also a target of corporate lobbyists—many of whom, the Washington Post reports, will now be moving to Capitol Hill to work as highly placed advisors to new Republican members of Congress.

But even if the Senate doesn’t vote on DISCLOSE this month, we’ll keep on pushing to make it law. There’s absolutely no good reason for any member of Congress to oppose a bill that makes government cleaner and elections more transparent. Most Americans agree…and hopefully the GOP will catch on.

For more on the DISCLOSE Act and the Right’s opposition to it, read Michael Keegan on the “Corporate Money Denial Game”.