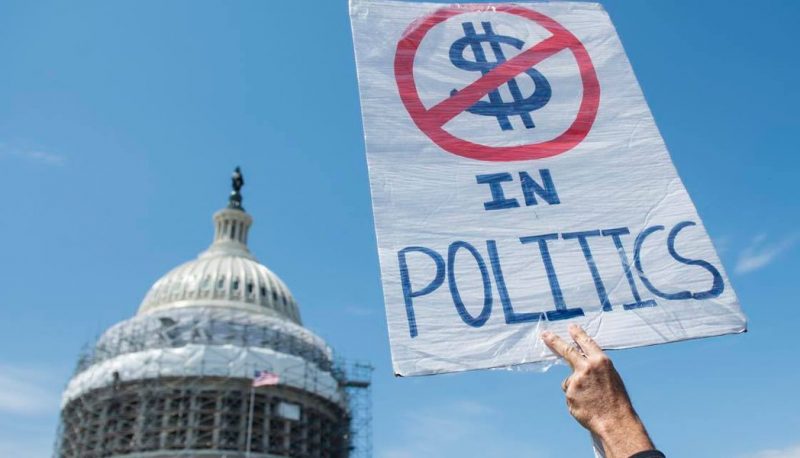 This legislation is an enormous step towards empowering voters and ending the corrosive effects of big money in our politics—and it’s a rebuke to anyone says that these are problems that are too big to be tackled. This bill has common sense solutions that have the support of Americans across the political spectrum, and it would make an enormous difference in making sure that voters, not big money, are in charge of our democracy.

The bill’s lead sponsors in Congress also explained their motivation for taking action and highlighted the urgent need for these reforms.

Our democracy has reached a crisis point. The American people are losing faith in our electoral process and in our institutions—because they’ve seen too much evidence that our government no longer answers to ordinary citizens. Disastrous Supreme Court decisions have opened up the floodgates for secret, special interest money to drown out the voices of regular people. Foreign adversaries are interfering in our elections. Voting rights are under attack across the country. And big money donors are being rewarded with cabinet posts, high-ranking positions and special access. It’s long past time that we took action to restore confidence and accountability in our democracy. The ‘We the People Democracy Reform Act’ will empower us to take back our democracy and return it to the hands of all Americans, instead of a privileged, powerful few.

For too long, Washington has neglected the systemic issues undermining our democracy. A lack of accountability in our political system has left the door open for mega-donors, foreign actors, and other groups to exploit our elections and curtail our ability to get things done on behalf of the American people. The ‘We the People Democracy Reform Act’ offers common-sense solutions that would boost accountability, empower regular citizens, and restore public confidence in our democratic institutions.

You can learn more about the We the People Democracy Reform Act here.