“If one book is banned from being taught in a classroom setting, then it opens the door for all books – and ideas – to be banned as well.”

These are the closing words to a petition launched by high school student Bailey Cross in response to an attempt to eliminate Toni Morrison’s The Bluest Eye from the high school curriculum in her Colorado school district.  The school board will have to decide the fate of the book in the district’s classrooms, which a local news source has reported could happen as early as August.

In their petition, the students point out that parents or students who object to the reading assignment are already offered an alternative novel.  In addition, teachers are not forced to teach the book.  The outright elimination of this important piece of literature from the classroom would set a troubling precedent.

Today People For the American Way Foundation sent a letter on behalf of our 718,000 members to the Adams 12 Five Star School District Board of Education urging them to reject the attempts at censorship.  The letter notes,

“Since it was first published in 1970, The Bluest Eye has been the target of censorship attempts because of its frank portrayal of racism and sexual assault. But shielding high school students from these subjects and from Morrison’s discussion of them does nothing to eliminate them from the world. Instead, Morrison’s nuanced discussions of difficult issues serve to help readers understand, discuss, and confront those issues…

“Our nation’s schools are meant to be places that encourage the free exchange of ideas.”

Let’s make sure we keep them that way. 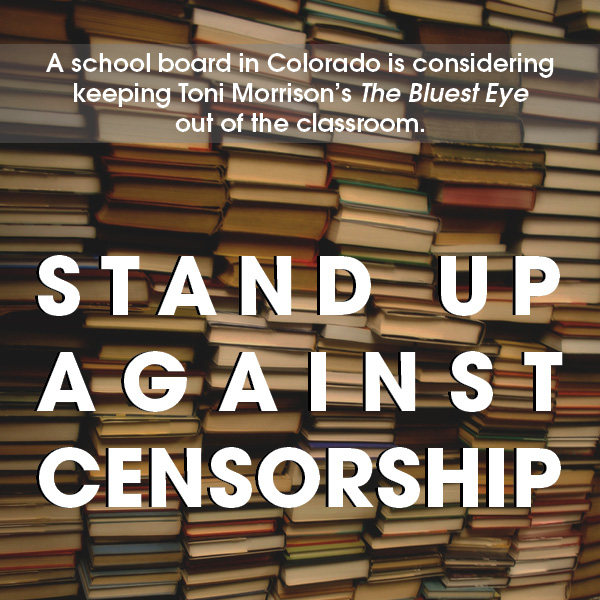