In the most recent Sunday edition of the New York Times (July 23, 2017), People For the American Way Foundation placed a full-page advertisement exposing the Orwellian cast of characters that Donald Trump has selected to helm his “Election Integrity” Commission, which met for the first time last week.

The advertisement highlighted the appalling track record of several Commission members, including Kris Kobach, who “illegally attempted to block tens of thousands of eligible voters from registering” as Kansas Secretary of State, and Hans von Spakovsky, whose work in the Bush Department of Justice earned him the reputation of being “the point person for undermining the Civil Rights Division’s mandate to protect voting rights.” 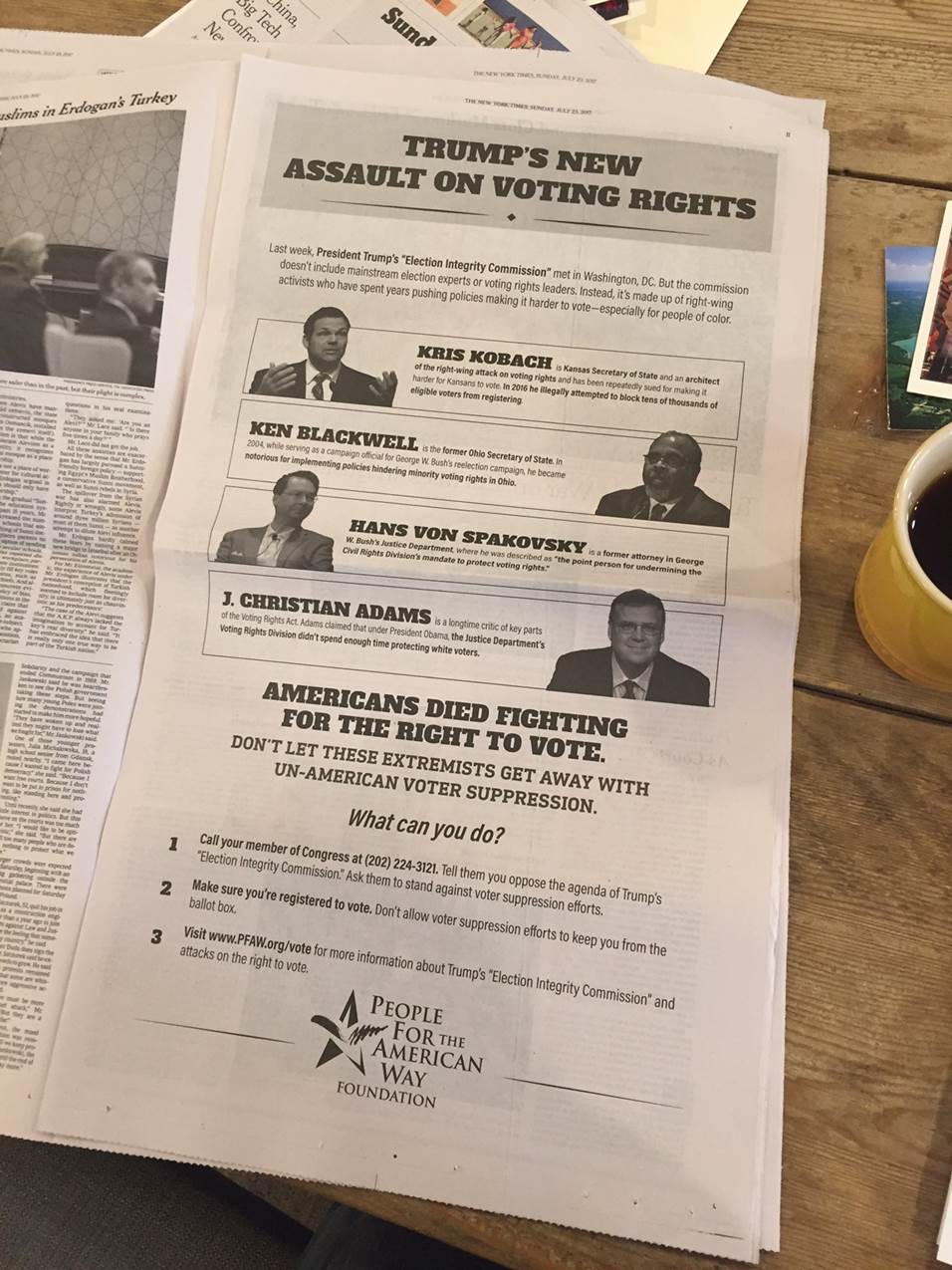 These zealots are just two of the men in a nightmarish ensemble assembled by Trump and tasked with substantiating his completely fabricated, wholly unsupported assertion that he “won the popular vote if you deduct the millions of people who voted illegally.” The Commission does not include mainstream elections experts or voting rights leaders, many of whom agree that this Commission is merely a pretext for taking a hatchet to voting rights that have already been enormously weakened by the GOP’s anti-voter efforts in recent years.

The advertisement encourages all viewers to call their members of Congress at (202) 224-3121, to be sure to register to vote, and to visit www.PFAW.org/vote to learn more information.