On Monday People For the American Way joined Move On, Desis Rising Up & Moving (DRUM), and other allies for a march and rally in Washington, D.C. to speak out against any registry of Muslim communities. Hundreds of marchers came out to both urge President Obama to shut down NSEERS—a failed program established during the Bush administration that targeted Muslims and resulted in the deportation of thousands of people—and to speak out against Trump’s proposed registry. 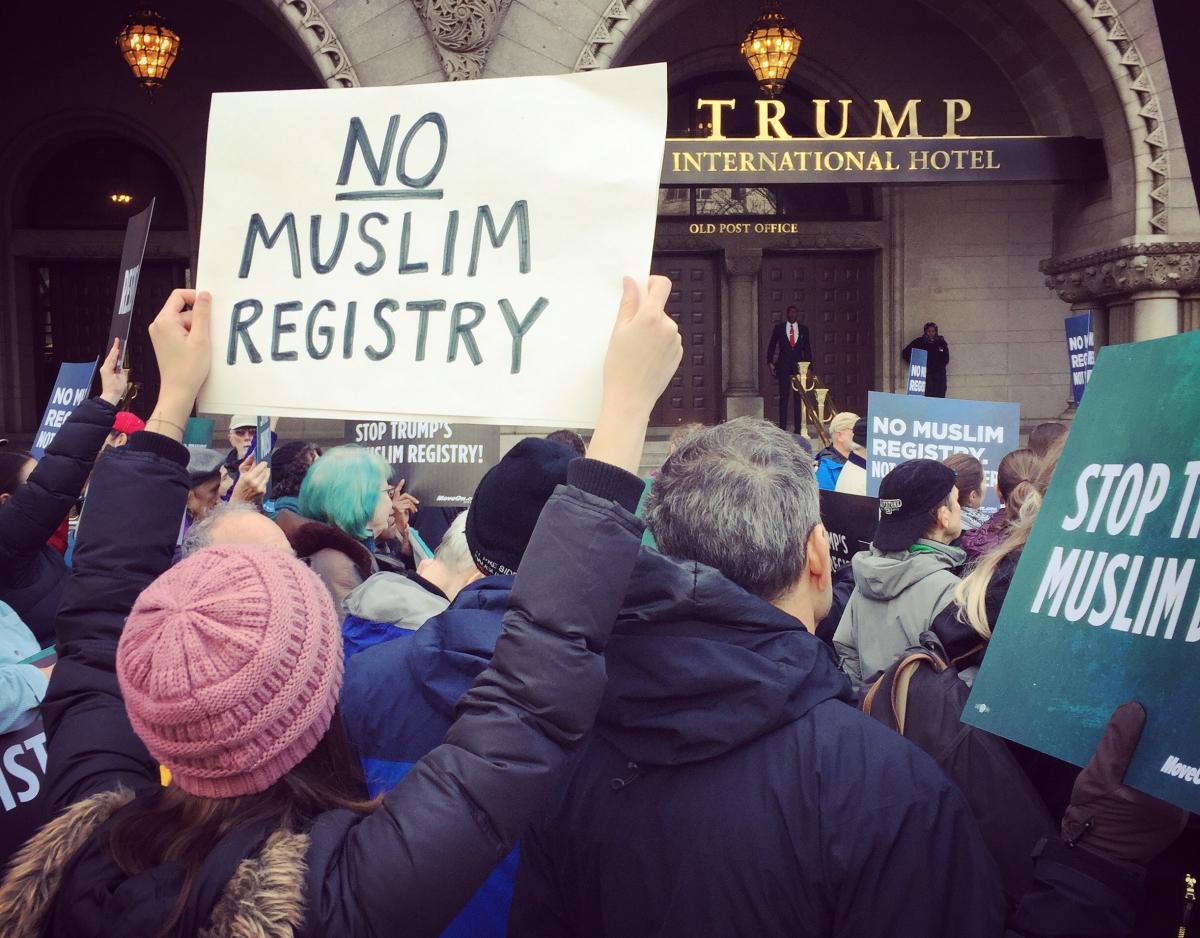 PFAW Communications Director Drew Courtney spoke at the rally, and emphasized how critical it is for progressives to be ready to stand up for our constitutional values and hold Trump accountable when he attacks Muslim communities. 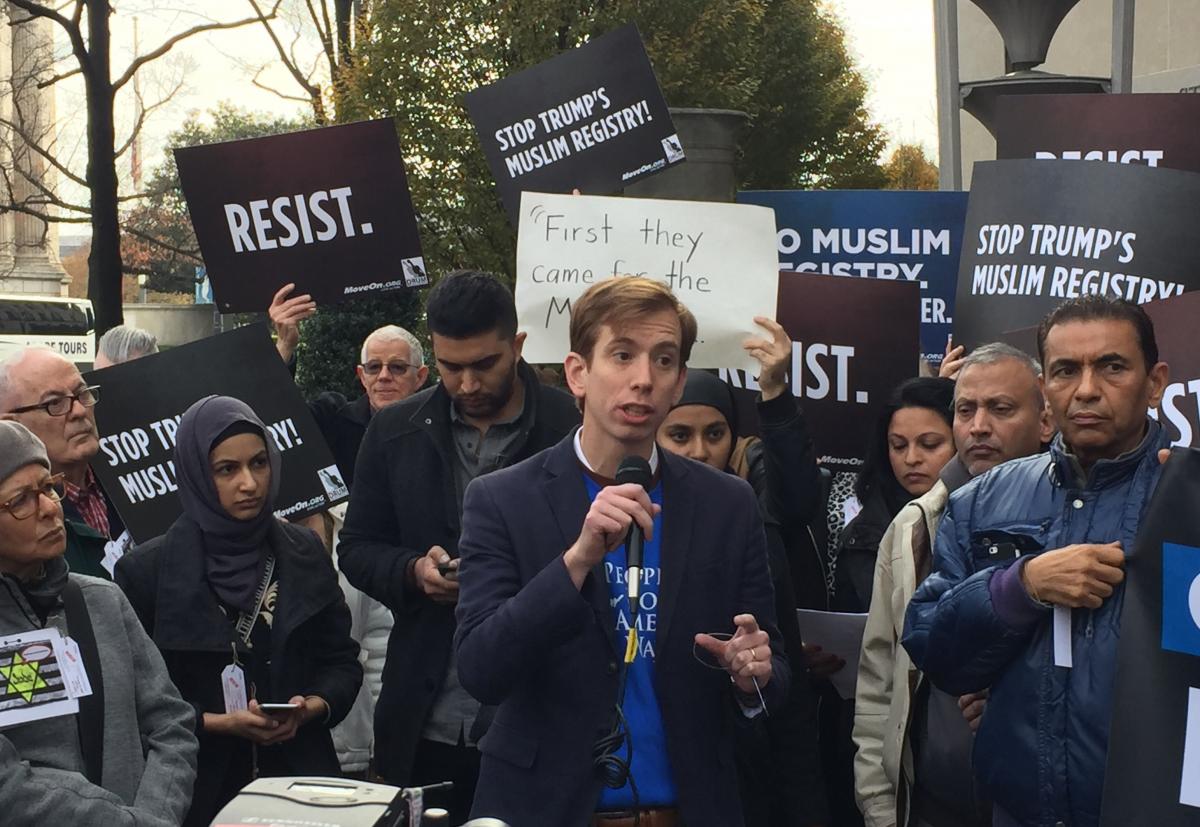 As PFAW has written before, even the idea that a Muslim registry is being considered is a “repugnant threat to our most cherished values,” and we have to speak out in the strongest possible terms against such threats. Together, the marchers sent a clear message: no Muslim registry—not now, not ever.