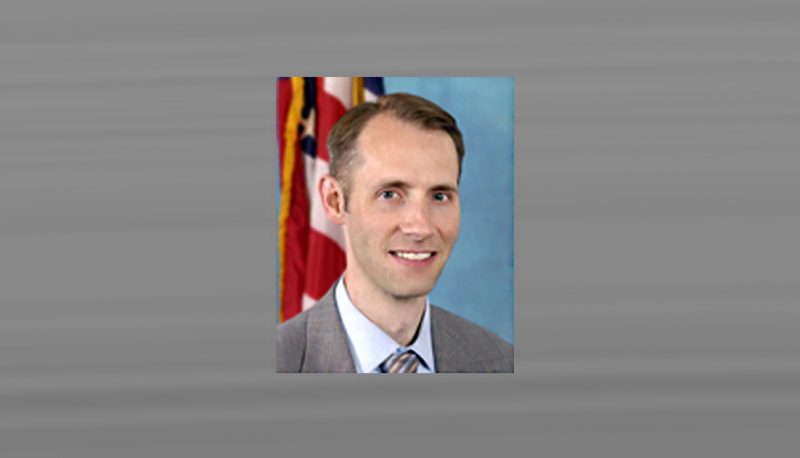 On September 11, President Trump nominated Matthew Petersen to a seat on the U.S. District Court for the District of Columbia. The Senate Judiciary Committee held Petersen’s hearing on December 13. People For the American Way sent the following letter to committee members to express our opposition to the Petersen nomination. PFAW also joined an opposition letter sent by other members of the money in politics reform community. You can read our letters in full below.

On behalf of the hundreds of thousands of People For the American Way members across the United States, I write to express our opposition to the nomination of Matthew Petersen to be a judge on the U.S. District Court for the District of Columbia.

District court judges are at the heart of the litigation process. To do their job effectively, they should have some experience actually litigating cases in courts, federal or state, or service as a state court judge. Petersen has none of that. In his committee questionnaire, Petersen even admits that he has “not had occasion to appear in court” and has no experience “in court or directly litigating cases.”

He also would not bring expertise—or much knowledge at all—about the overwhelming number of legal issues a district judge faces. What Petersen would bring to the bench in addition to his inexperience and lack of breadth is his history of zealous opposition to reasonable campaign finance regulations and to enforcing ones already on the books. President Trump nominated Petersen with the clear expectation that he would bring that hostility to limiting money in politics to the bench.

Petersen has been a commissioner of the Federal Elections Commission since 2008, nearly a decade, including two stints as chairman. Petersen and the other Republican commissioners have caused unprecedented partisan gridlock to this extremely important government agency, preventing the adoption of needed regulations to address new situations, and blocking the enforcement of existing campaign finance laws.

This project to sabotage the FEC’s mission has been so extreme and beyond normal partisanship that another FEC commissioner took it upon herself to release an in-depth report detailing the many acts of sabotage Petersen and his allies have committed over the years. Commissioner Ann M. Ravel’s report, released in February of this year, is entitled Dysfunction and Deadlock: The Enforcement Crisis at the Federal Election Commission Reveals the Unlikelihood of Draining the Swamp. She writes in the introduction:

Statistics about deadlocked 3-3 votes do not tell the whole story. For nearly every case of major significance over the past several years, the Commission has deadlocked on investigating serious allegations or has failed to hold violators fully accountable. This report highlights some of the most recent examples of deadlock and dysfunction.

It is a sobering read, but one that gives essential insight into Petersen’s vision of the law with regard to money in politics. In great detail, it sets forth how Petersen and his allies have:

Americans see the skyrocketing spending on elections—and the use of enormous sums of secret money to do so—and recognize the damage it is doing to our democracy. An October 2017 Washington Post poll revealed that 65% of Americans cite money in politics as a major cause of political dysfunction. It is not easy to get 65% of Americans to agree on a political issue, but this issue transcends partisan boundaries. The health of our democracy is at stake.

The U.S. District Court for the District of Columbia hears a disproportionate percentage of campaign finance cases, as compared to other district courts. And President Trump has nominated someone to that court who has no expertise or experience except as a crusader against limiting the toxic influence of money in politics. There could be no other reason for this except an understanding that Petersen will bring his ideology to the bench.

We urge you to oppose Matthew Petersen’s nomination.

We write to you today in opposition to the nomination of Matthew Petersen to serve on the U.S. District Court for the District of Columbia based on his demonstrated antipathy to common sense campaign finance laws and his complete lack of court experience.

Mr. Petersen has held a seat on the Federal Election Commission (FEC) for nearly a decade and served as the Commission’s chair in 2010 and 2016. During that time, the FEC has achieved notoriety for an unprecedented level of partisan gridlock and inaction, and allowed the flood of post-Citizens United political spending to swamp federal elections without any meaningful regulatory oversight or enforcement.

A review of the agency’s track record shows that Mr. Petersen consistently voted with the two other Republican commissioners as an ideological bloc to prevent development of FEC rules needed to implement a changing legal landscape, and to prevent enforcement action on alleged violations of law, even when clearly recommended by the agency’s nonpartisan legal counsel.

FEC gridlock under Mr. Petersen’s tenure has been extensively documented and reported in numerous news outlets since 2010. A 2015 study by Public Citizen concluded that,

In just the last few years, a sharply pervasive partisan split on the Federal Election Commission (FEC) has largely prevented the agency from fulfilling its mission. In both numbers of actions taken and immobilizing deadlocked votes, the FEC is showing a dramatic and uncharacteristic inability to perform its duties more or less in all categories – enforcement, audits, regulations and advisory opinions.1

FEC chair Ann Ravel’s office released a report in 2017 entitled “Dysfunction and Deadlock,” which provides detailed statistics on the agency’s partisan gridlock and providing numerous examples of major deadlocked rules and cases.2 Ravel resigned in February of this year, citing her lack of hope concerning the agency’s gridlock as a major factor.3

A review of Mr. Petersen’s decisions at the FEC shows an unwillingness to fully implement and enforce the law as enacted by Congress and interpreted by the courts.

Mr. Petersen and his two Republican colleagues have consistently blocked enforcement of the common sense requirement that nonprofits, like Karl Rove’s Crossroads GPS, that spend more than half of their resources on electioneering register as political committees and file disclosure reports. In one such case, involving Americans for Job Security and American Action Network, a federal judge—on the court Mr. Petersen has been nominated to join—rebuked Mr. Petersen and his fellow commissioners for their “arbitrary and capricious” action “contrary to law,” writing that their decision to dismiss the complaint “blinks reality” by “conclude[ing] that many of the ads…were not designed to influence the election or defeat of a particular candidate in an ongoing race.”4

Similarly, Mr. Petersen and his FEC voting bloc have prevented the Commission from developing rules to ensure adequate disclosure following the Citizens United decision, voted to make it easier for candidates to collaborate with supposedly “independent” Super PACs, refused to investigate allegations of workplace political coercion, and blocked the FEC’s nonpartisan Office of General Counsel recommendations to investigate the use of LLCs to hide the true identity of political spenders.

Up until last month, Mr. Petersen has even resisted the FEC taking any steps to prevent foreign interference in U.S. elections. When then-FEC chair Ann Ravel warned against the threat of Russian President Vladimir Putin attempting to influence elections in 2015, Mr. Peterson opposed a rulemaking to deal with that threat. As recently as July 2017, when it was clear the threat had become a reality, Mr. Petersen still resisted. Not until November 2017 did Mr. Petersen endorse any action, and then only on a narrow issue of disclaimers for online paid political ads, while simultaneously blocking the FEC from holding a public hearing on the matter.

During Mr. Petersen’s tenure, the FEC has not referred a single case to the Department of Justice for enforcement action. Perhaps most egregiously, Mr. Petersen, along with his voting bloc, took unprecedented steps as an FEC Commissioner to tie the hands of the agency’s nonpartisan staff and bar them from communicating with the DOJ and other enforcement agencies about potential criminal violations of federal campaign law without their prior approval. That radical move led the FEC General Counsel to quit in 2013 and has decimated the morale of the agency’s legal staff.5

The end result has been a wild-west atmosphere where anything goes for the secret money organizations that have pumped more than $800 million of undisclosed funds into federal elections since 2010. Politico recently found that the FEC’s ideological gridlock has led to a growing number of scofflaws who feel emboldened to just ignore campaign finance laws and fines. According to Adam Rappaport, chief counsel for Citizens for Responsibility and Ethics in Washington, the situation “reinforces the view of many political actors that there really isn’t a sheriff in town. Political actors feel confident and comfortable that the FEC will not enforce campaign finance laws against them.”6

Given a position on the U.S. District Court for the District of Columbia—a court that handles many, if not most, major campaign finance cases—Mr. Petersen’s narrow interpretation of the laws will inevitably result in rulings that heavily favor unbridled political spending and further undermine public confidence in the honesty and integrity of our government.

This is not what the people in America want or expect. Public opinion polls have long demonstrated supermajorities of public support, across the political spectrum, for disclosure and sensible regulation of campaign spending to prevent corruption or the appearance of corruption.7

A recent poll found that 96% of voters blame the influence of money in politics for causing dysfunction in the U.S. political system.8 And 85% of voters say we need “fundamental changes” or to “completely rebuild” the way political campaigns are financed.9

Mr. Petersen’s extreme and ideological approach to campaign finance law places him outside the mainstream in America and makes him unsuitable for a lifetime appointment to the federal courts. It is also his only area of legal expertise.

Mr. Petersen has no courtroom experience whatsoever. By his own admissions, during his limited time with a private law firm, Mr. Petersen did “not have clients in the traditional sense,” and his career as partisan counsel for the Republican National Committee and House and Senate committees, and as a partisan FEC commissioner, has meant that he has “not had occasion to appear in court” and has zero experience “in court or directly litigating cases.”10 He has never even clerked for a judge.

While Mr. Petersen may be a very capable legislative and campaign lawyer, he lacks the breadth of thinking and experience that Congress, and the public, traditionally expect in a lifetime appointment to one of the most important federal courts in the country.

For all of the foregoing reasons, we respectfully urge you to vote in opposition to the nomination of Mr. Petersen to the U.S. District Court for the District of Columbia.