PFAW joins the “Stop the Greed Bus Tour” in Colorado 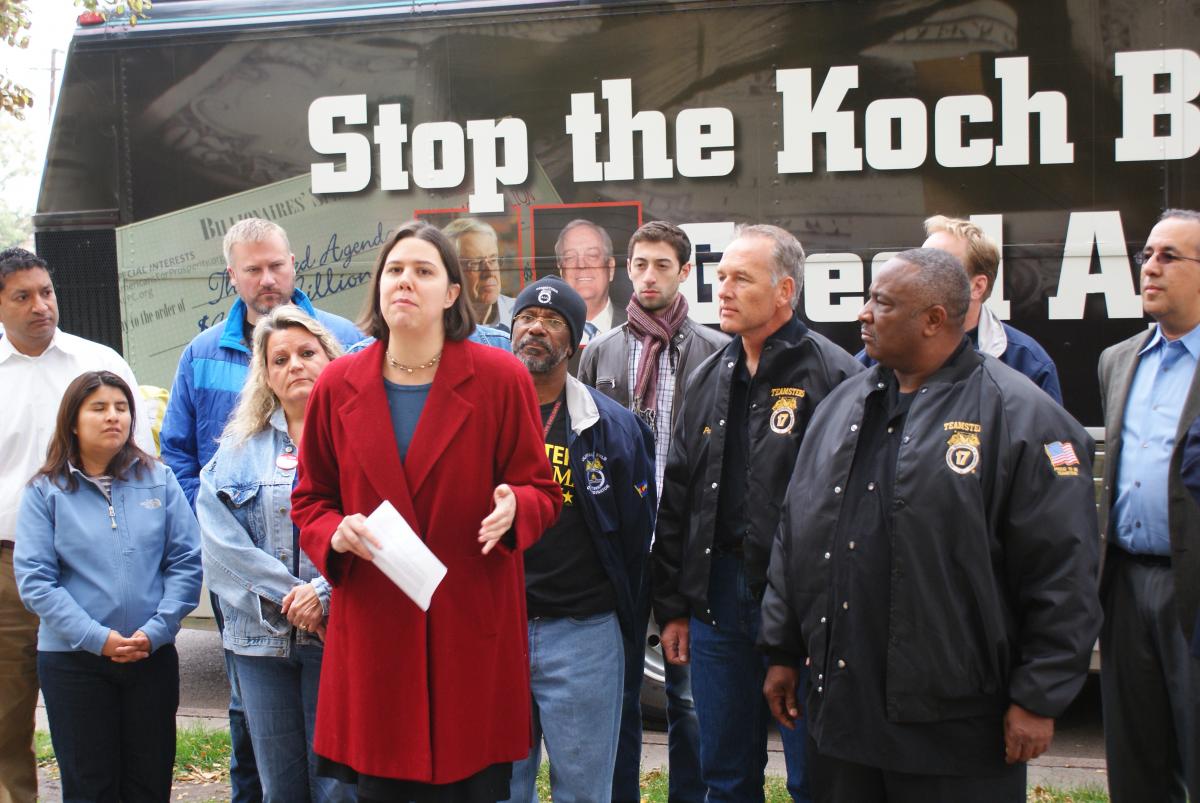 The "Stop the Greed" bus tour rolled into Denver, Colorado today and helped boost support for an important state ballot question on corporate political donations. PFAW’s Colorado Coordinator Ellen Dumm joined Elena Nunez of Colorado Common Cause (pictured above) and Luis Toro of Ethics Watch in support of the bus tour and a ballot initiative to overturn Citizens United.

On Election Day, Colorado voters will have a chance to say “no” to the Supreme Court’s Citizens United decision, which allows unlimited corporate campaign donations, by voting for Amendment 65. The ballot measure calls for the Colorado congressional delegation to support a constitutional amendment to overturn Citizens United.

The Stop the Greed Bus Tour is traveling to states to get the word out about how the billionaire oilmen Koch brothers are pouring millions of dollars into the 2012 elections in an effort to bolster their extreme right-wing agenda.

The Koch brothers have also bankrolled the controversial conservative group True the Vote, which has been accused of challenging eligible voters at the polls and disrupting elections.

Diallo Brooks: We Don’t Need to Return to Normal ⁠— We Need a New Normal

Diallo Brooks: Fighting for Safe, Fair and Equitable Access to the Ballot