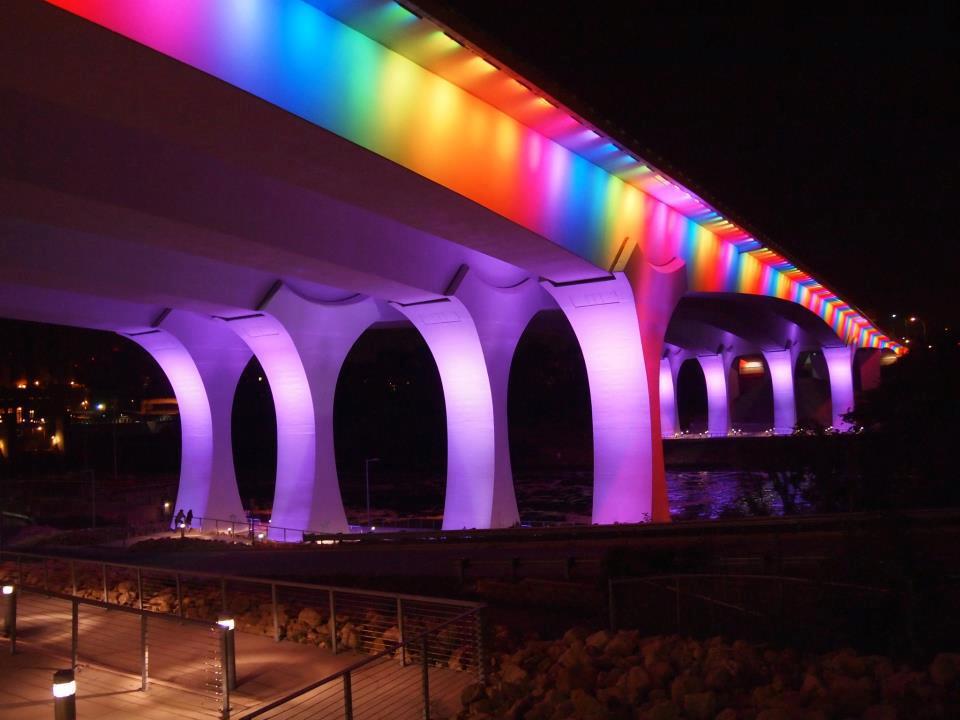 In late April, even a massive Midwestern blizzard didn’t stop hundreds from waving rainbow flags while rallying for same-sex marriage on the steps of the Minnesota State Capitol before heading inside to lobby their legislators.  Last week the big moment finally arrived, as activists from across Minnesota trekked to St. Paul to witness the historic debate of HF 1054 in the MN House.  After a contentious three-hour debate, the bill passed easily on a vote of 75-59, evidence of the measure’s broad bi-partisan support.

On Monday the action moved to the Minnesota Senate chamber.  Once again, PFAW members in their bright red PFAW ‘Equality Now!’ t-shirts joined thousands of marriage equality supporters at noon in the capitol as the MN Senate took up the measure.  A massive crowd packing the rotunda and hallways chanted ‘Vote Yes!’ and sang protest songs, letting Senators know where they stood.  By a vote of 42-45, the Senate voted down a divisive amendment that would have allowed business owners to refuse goods and services to same-sex couples based on religious objections.  The hours-long but respectful debate on the intact same-sex marriage bill resulted in another bipartisan vote; the measure passing 37-30, sending the bill to Gov. Mark Dayton for his signature.

At 5:00 pm yesterday Gov. Dayton and supportive members of the Minnesota Legislature gathered in the 90-degree heat on the front steps to celebrate the historic bill signing.  A deafening roar rose from the crowd as Dayton signed the bill into law.  Following the ceremony, the thousands of equality revelers paraded to downtown St. Paul for a free party thrown by St. Paul Mayor Chris Coleman. The celebration lasted late into the warm spring night.

PFAW congratulates all Minnesotans and our People For members in celebrating the state’s newly-minted status as the twelfth marriage equality state!