Members of People For the American Way protested Monday outside of U.S. Senator Kelly Ayotte’s Manchester district office following her announcement that she plans to write in vice presidential nominee Mike Pence instead of voting for Donald Trump, in light of his comments about sexually assaulting women. While it’s high time that Sen. Ayotte acknowledged just how unacceptable a Trump presidency would be, a vote for Pence would be a vote for far-right policies devastating for women and the LGBT community. 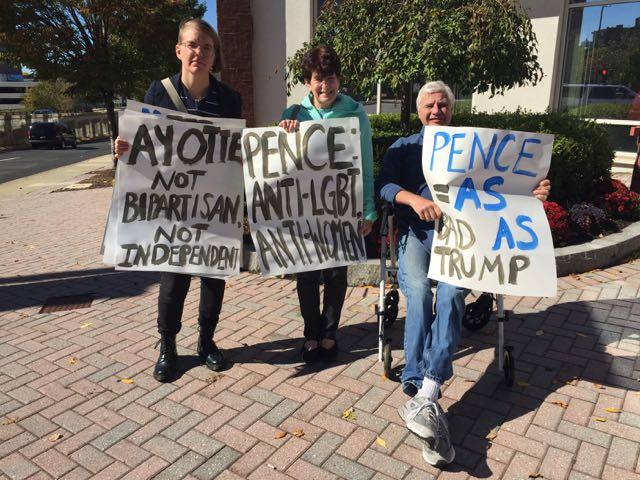 “Ayotte’s withdrawal of support for Trump has much more to do with politics than principle,” said Linds Jakows, New Hampshire Campaign Organizer with People For the American Way. “Support for Mike Pence’s agenda is little better—a man who has spent his career attempting to redefine rape, eliminate funding for Planned Parenthood, and pass laws to legalize discrimination against LGBT people is also incredibly dangerous. A far better way for Ayotte to display the political independence she so often claims on the campaign trail would be to push obstructionists in her party to move forward on the nomination of Merrick Garland to the Supreme Court.”