People For the American Way extends heartfelt condolences to the family, friends, and fans of comic genius Carl Reiner, who died Monday night at the age of 98. Reiner was an award-winning producer, director, and actor who took the responsibilities of citizenship seriously.

Reiner served in World War II to defeat fascism. He was grieved by the election of Donald Trump and encouraged Americans who felt the same way to vote in 2018 and in 2020.

“In my 96 and a half years, I have seen a lot of things,” Reiner said in an October 2018 video encouraging people to vote. “But the one thing I cannot bear to see is America being destroyed by racism, fear-mongering and lies. Fortunately, there is something we can do about that.”

“On November 6, we can vote for elected officials who will hold this president accountable,” he continued. “And after we’ve done that, my personal goal will be to stick around until 2020, and vote to make sure we have a decent, moral, law-abiding citizen in Washington who will make us all proud again to live in America.”

Carl Reiner did not quite make that goal of sticking around long enough to cast his vote to replace President Donald Trump. But his determination to do so will add to our own determination to mobilize Americans who share his disgust at the “racism, fear-mongering and lies” that he feared were destroying the country he loved.

Reiner was a longtime friend of People For founder Norman Lear and supporter of the organization. He and his son Rob frequently attended People For the American Way events. 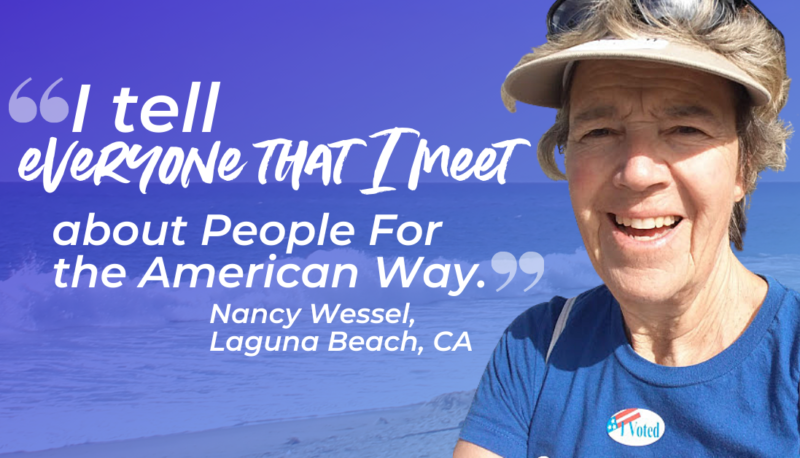