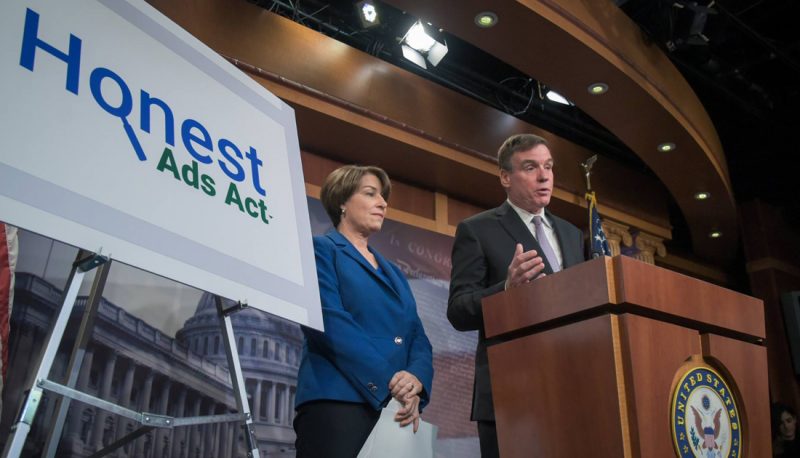 Last fall, People For the American Away endorsed the Honest Ads Act, which would help expose efforts undertaken by foreign interests to sabotage U.S. elections. PFAW cosigned a Senate letter and a letter urging Facebook and Google to take all steps necessary to prevent future foreign election intervention through their platforms. On April 11, as Facebook President and CEO Mark Zuckerberg wrapped up two days of congressional testimony on critical election security and data privacy concerns, including Facebook’s Honest Ads Act endorsement, PFAW and allies renewed their support for this legislation. You can download our letter, with signers, here.

It is beyond any reasonable doubt that Russia conducted numerous cyber-attacks on our elections and our democracy in order to interfere with and manipulate the 2016 presidential election. This included the use of false, misleading and fake information distributed on Facebook, Twitter, Google and other platforms.

It is also clear that the Russians did so with expenditures to finance electioneering messages that were illegal or undisclosed, or both.

This resulted in millions of Americans being bombarded with Russia-sponsored ads in 2016, without any way of knowing about the role of foreign interests in running those ads.

The bill recognizes that voters have a right to know about foreign sponsors and funders of campaign-related Internet ads.

Our organizations and experts strongly urge you to support the Honest Ads Act and to publicly press for prompt passage of the bill by Congress.

This is not only a campaign finance issue. This is a matter of the utmost importance to our national security, to the integrity of our elections, and to protecting our democracy from sabotage by foreign adversaries.

The Act requires digital platforms to maintain a public file of “qualified political advertisements,” including ads that contain a message relating to any political matter of national importance. The file would contain a digital copy of the advertisement, a description of the audience the advertisement targets, the number of views generated, the dates and times of publication, the rates charged, and the contact information of the purchaser.

The Act also requires broadcasters, cable and satellite television providers, and online platforms to make reasonable efforts to ensure that the qualified political advertisements they disseminate are not purchased by a foreign national, directly or indirectly.

The Act also amends the law’s definition of “electioneering communications” to include paid Internet and digital advertisements. Currently only broadcast television, radio, cable and satellite communications are included. This will ensure that digital ads that refer to federal candidates in the immediate pre-election period are subject to campaign finance disclosure requirements.

We strongly urge you to recognize the importance of Congress acting on the Honest Ads Act by cosponsoring the legislation, if you have not already done so, and by publicly pressing for prompt passage of the legislation.

If members of Congress are not prepared to do their part to prevent Russia or any other foreign interest from sabotaging future U.S elections, then you and your colleagues will certainly bear your share of responsibility for future illegal intervention by foreign interests in U.S. elections.