This week, People For the American Way sent a letter to every U.S. senator, urging them to confirm Debo Adegbile to head the civil rights division of the Department of Justice. Adegbile’s hearing before the Senate Judiciary Committee was this morning.

Because of its importance in enforcing laws eliminating barriers to equality and opportunity, the Civil Rights Division is a critical means by which Americans protect the promises and values of the United States Constitution. Among many other things, the Civil Rights Division is charged with helping to eliminate discrimination in employment, housing, and education. The Division also has the responsibility to protect the right to vote, which Thomas Paine rightly observed over 200 years ago is “the primary right by which other rights are protected.”

It is fitting, therefore, given the enormity of the Civil Rights Division’s responsibilities, that President Obama has nominated one of this generation’s preeminent civil rights litigators, the supremely qualified Debo Adegbile, to lead the Division. Adegbile’s career exemplifies a dedication to advancing the civil rights of all Americans. Before becoming senior counsel to the Senate Judiciary Committee, he spent more than a decade in various leadership positions at the NAACP Legal Defense and Educational Fund, overseeing civil rights litigation at both the trial and appellate level. As director of litigation, then as acting president, Adegbile not only developed expertise in the areas of education, economic justice, criminal justice, and nonpartisan political participation, he also exercised the type of significant administrative and leadership responsibilities that will serve the Civil Rights Division well. Firefighters, school custodians, public parks employees, and Katrina evacuees are just some of the ordinary people all across the nation whom Adegbile has helped.

Adegbile has special expertise in voting rights, and he has twice defended the constitutionality of the Voting Rights Act before the United States Supreme Court. He also worked extensively on the 2005-2006 legislative effort to reauthorize the Voting Rights Act, which led to overwhelming bipartisan majorities voting to renew the law in 2006.

Unfortunately, some conservative activists are opposing Adegbile’s nomination because they object to his civil rights record. We looked at some of those attacks over at Right Wing Watch today.

Senators Should Watch This Video from the Federal Judiciary 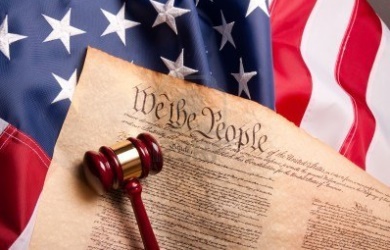 Contempt for the Constitution Shows in Opposition to Adegbile

The Wrong Way to Address the Backlog of Pending Nominations