PFAW’s Latinos Vote! Program Gets out the Vote for Stacey Abrams in Georgia - People For the American Way
Skip to main content

PFAW’s Latinos Vote! Program Gets out the Vote for Stacey Abrams in Georgia 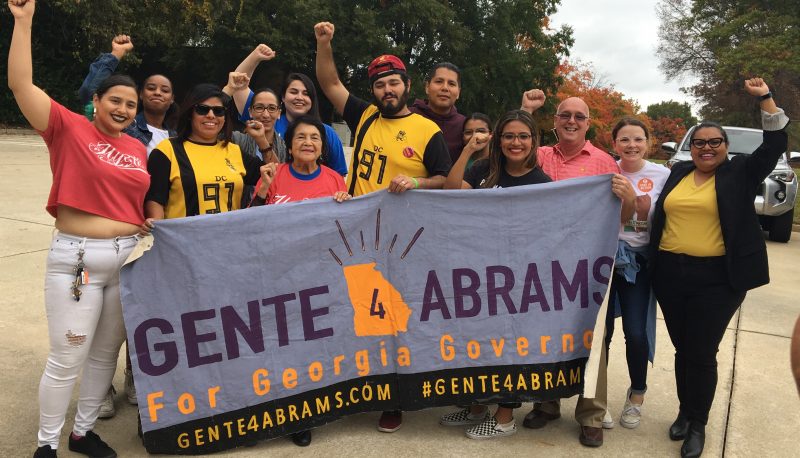 In the final days before Election Day, People For the American Way’s Latinos Vote! program is doing everything it can to make sure Georgia voters elect Stacey Abrams as their next governor and reject the bigotry and extremism of Brian Kemp.

The ad highlights how Kemp wants to double the state’s school voucher program to $200 million per year, a massive diversion of funds that would be better used providing under-resourced schools with funding and provide wrap-around services for students to make sure they succeed. Instead, Kemp wants to let wealthy families use vouchers to send their children to high-dollar, private schools while public schools continue to lack adequate funding.

But paid advertising is only part of the campaign.

On Thursday, PFAW barnstormed the state with civil rights legend (and PFAW board member) Dolores Huerta and comedian Cristela Alonzo, rallying activists and making sure Latino voters know the power they have to choose Georgia’s next governor.

Good morning! @DoloresHuerta and I started our day in Atlanta at a breakfast with organizers, including @glowvote. They have been canvassing and doing the work and they are amazing! ✊?❤️?? pic.twitter.com/zJXYDW6TvL

Online, Dolores also starred in Get Out The Vote videos in English and Spanish, urging Georgia voters to turn out for Abrams.

?ATTENTION GEORGIA! Dolores Huerta wants YOU to vote for Stacey Abrams for governor.

And in our Washington office, activists hit the phones to organize PFAW volunteers for canvasses to get out every single Abrams voter on—or before—Election Day. 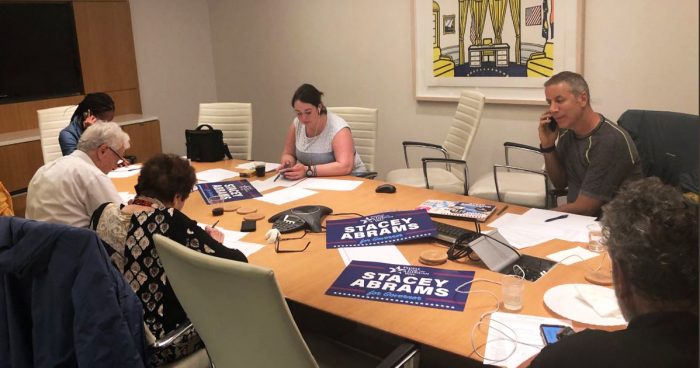 With only a few days left before this critical election, PFAW is doing everything we can to make sure a powerful blue wave washes over Georgia!

Dolores Huerta: Time Is Running Out to Defend Voting Rights