Held two days before the 10-year mark of Citizens United, the PFAW “We the People 2020” presidential forum on January 19 in Des Moines, Iowa emphasized the wide-ranging impact that the Supreme Court decision in Citizens United has had on our democracy. A constitutional amendment to address the harms done by that and related rulings emerged as a top solution among candidates.

The six Democratic presidential candidates who participated – Sen. Elizabeth Warren, former South Bend Mayor Pete Buttigieg, Sen. Amy Klobuchar, former Massachusetts Gov. Deval Patrick, entrepreneur Andrew Yang, and former U.S. Rep. John Delaney – spoke about how outside spending by corporations, lobbyists, and wealthy individuals has given them nearly free reign over our elections and legislative agenda and how a constitutional amendment to reform our democracy would address these problems.

All candidates emphasized how the ruling took power away from everyday Americans and put it into the hands of corporations and the ultra-wealthy. Many mentioned H.R. 1, the For The People Act, which would establish new regulations on financing elections and campaign spending to undo the devastating consequences of Citizens United, and most referred specifically to the need for a constitutional amendment to secure a truly representative democracy.

Hear directly from the candidates on this issue below.

You can watch the forum in full here and read a report on the growth of a grassroots movement intent on overturning Citizens United here. 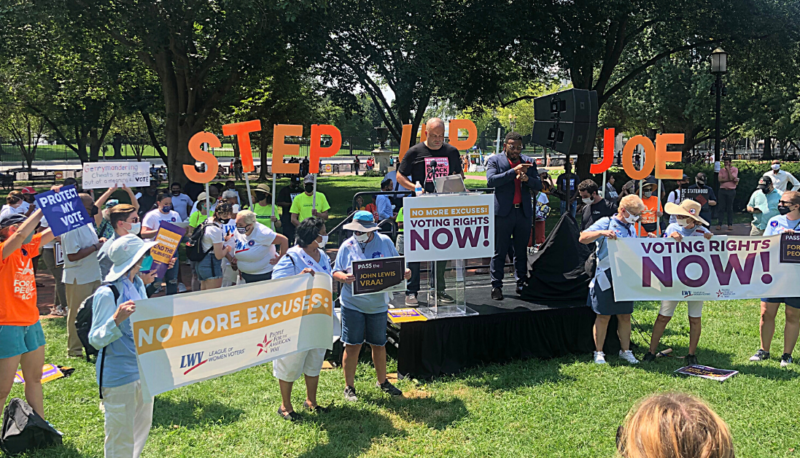 THE NATION: It’s Time for Biden to Lead on Voting Rights