Just what our country needs after the most expensive midterms in history: a bill that lets big political donors spend even more money.

The government spending bill released by the House last night includes a rider that would drastically increase the amount of money the super-rich can give to national party committees. The language included in the spending deal would allow wealthy donors to give ten times the current limit to political parties.

Adam Smith at Public Campaign put the potential new limits into perspective in a powerful graphic: 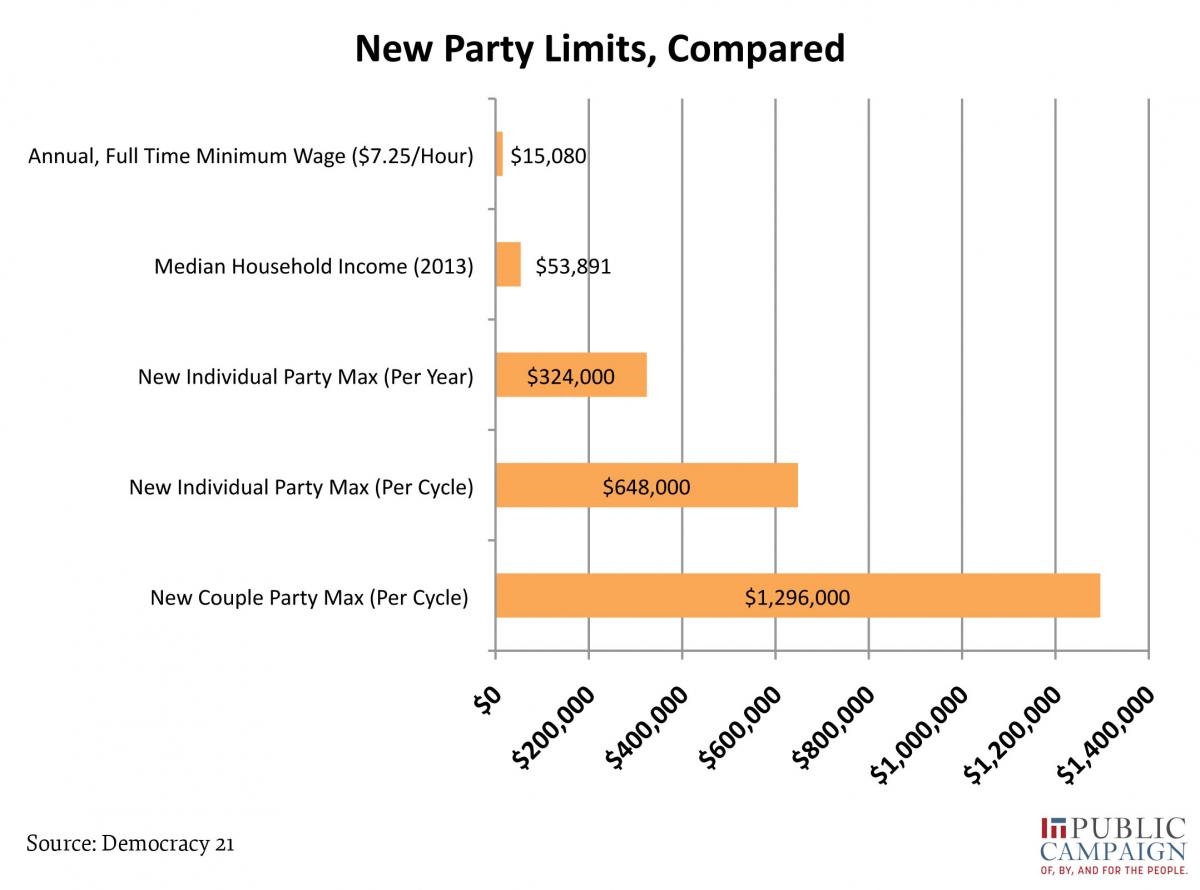 With the new annual individual party limit expected to be more than six times the median household income, it’s clear that this shift is simply about handing the wealthiest political donors even more power and access. A tiny fraction of the country already dominates political spending; these changes would make it even harder for ordinary Americans to have a seat at the table.

What’s more, these provisions, which would have major implications for the health of our democratic process, were not even debated by Congress. They were simply snuck into an omnibus spending bill – a quiet attack that threatens to further undermine what’s left of our country’s common-sense rules limiting big money in politics.

After the midterm elections, exit polls found that nearly two-thirds of voters said that our system already favors the wealthy. Americans are ready for a government that works for everyone. But it looks like what we’re getting instead are Congressional leaders increasing committed to big money donors at the expense of everyone else.