This afternoon, several of us at People For the American Way went to lend our support (and homemade signage) to a protest that MoveOn had organized in front of the Chamber of Commerce.

The Chamber has been in the spotlight this week, after a ThinkProgress investigation found that hundreds of thousands of dollars it gets in membership dues from foreign corporations may be going toward its efforts to influence elections.

The Chamber has vowed to spend $75 million this year to help elect candidates who will prioritize corporate interests. Because of the Citizens United decision, the Chamber’s corporate members have a lot more leeway in how they direct their political spending –but the legality of the group’s funding from foreign corporations is questionable.

The Chamber has been spending its ample electioneering funds to run attack ads against Democrats across the country. This week alone, it is reportedly airing $10 million worth of TV ads in 30 states.

Here are some pictures from the rally today: 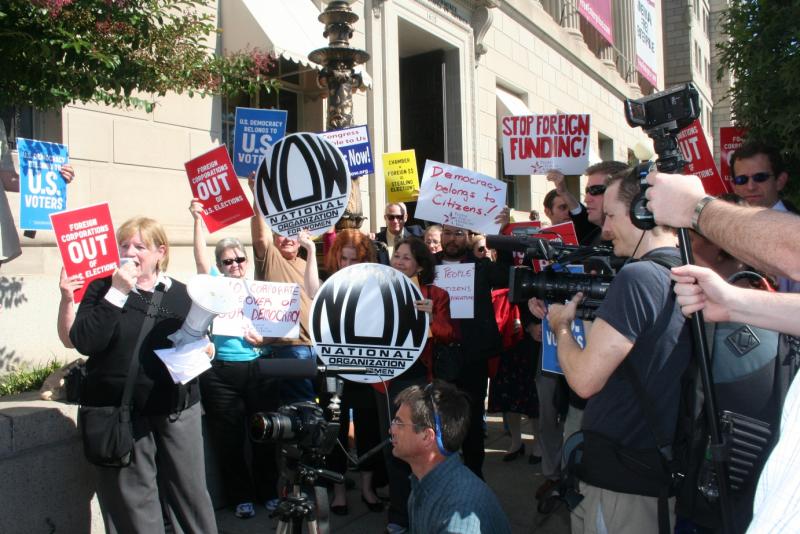 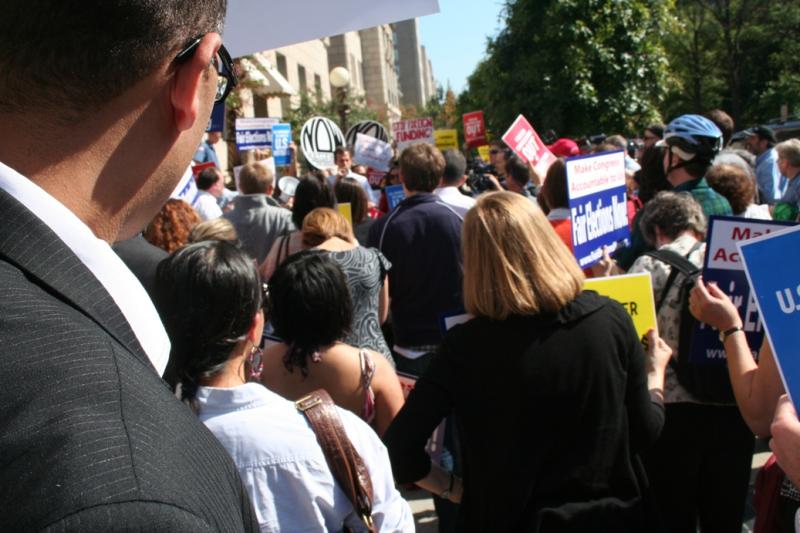 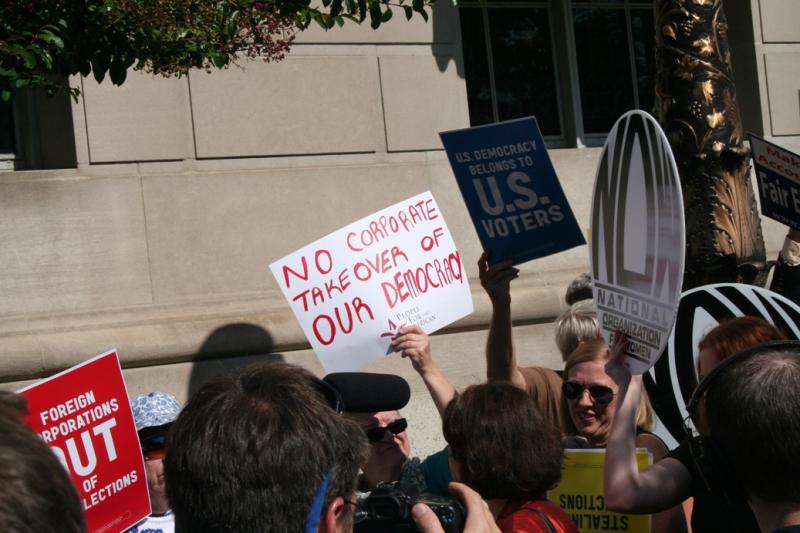 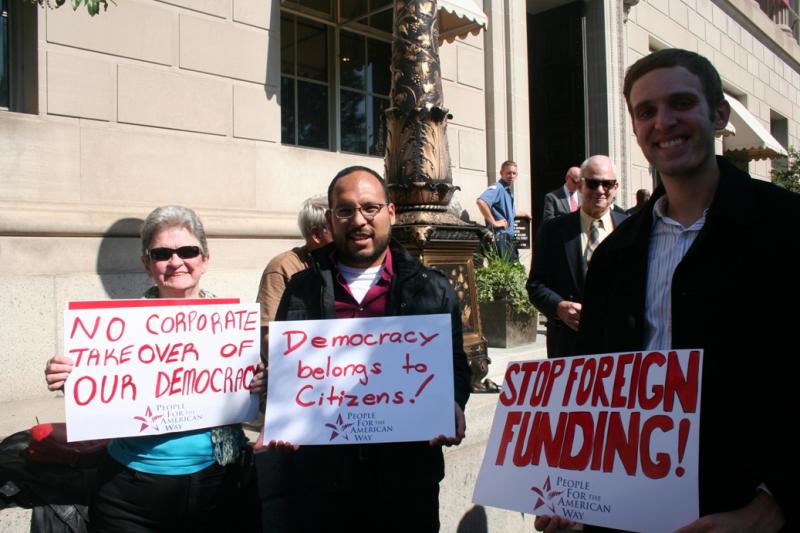 WATCH: The Young Turks with Ben Jealous on the For the People Act and #HerFightOurFight