Yesterday, PFAW staff and members rallied at the Supreme Court for marriage equality. Today we returned to the Court for Day Two with United For Marriage. 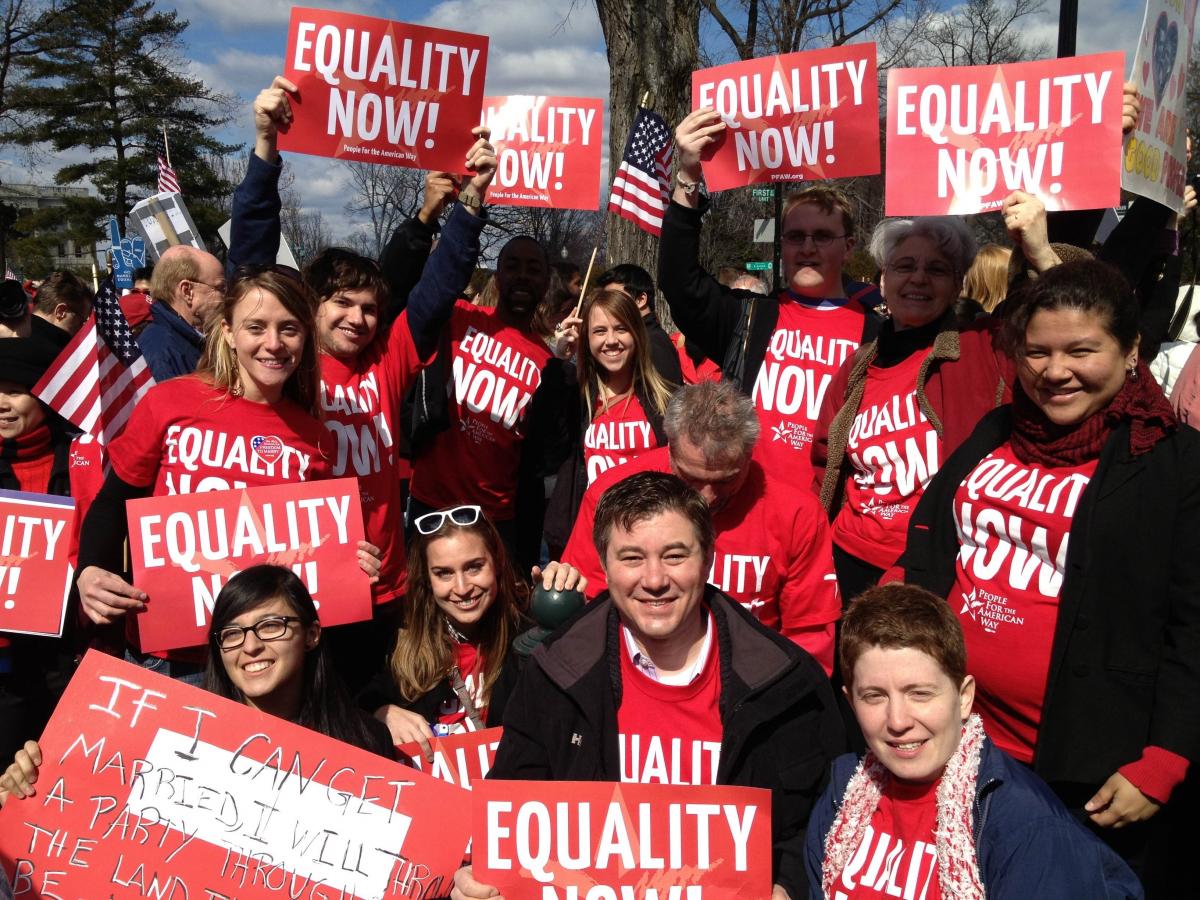 It was indeed a big day for the PFAW family, as one of our own, Minister Leslie Watson Malachi, delivered remarks. Her “Stay in Hope” speech offered a powerful vision of not only of hope but also of unity.

As an African American woman, on behalf of the Equal Justice Task Force of African American Ministers In Action, Hope says the enemy is a liar when they say African Americans and lesbian, gay, bisexual, and transgender (LGBT) people are two separate – even hostile – communities, for “no weapon shall be forged against us” and no wedge can be driven between those who know oppression, discrimination, denial of basic civil and human rights. Hope connects the civil rights movement to the gay rights movement, the yesterday to today, the hopeful to the hopeless.

We all have different stories to tell, but the struggle for equality remains, and we should fight together – we are fighting together.

Minister Malachi was among a stellar roster of speakers today, including an appearance from Representative Xavier Becerra (D-CA34), not clad in business attire as a member of Congress, but “suited up” in jeans as a father whose young daughter, Natalia, knew that she wanted to be there to witness history and asked him to join her.

In 1996, I voted against the Defense of Marriage Act (DOMA). Today, I stood on the steps of the U.S. Supreme Court to witness history, and I say this as a proud father, Latino, and Catholic… the time for equality is now.

Natalia is further testament to the fact that young people have paved the way for the American majority that now supports marriage equality.

What has stood out most for me from this experience is seeing the real people behind these cases. Yesterday, I waited at the Court until attorneys David Boies and Ted Olson walked down those famous steps with the Proposition 8 plaintiffs, Kristin Perry and Sandra Stier, and Paul Katami and Jeffrey Zarrillo. Today, I watched as Edie Windsor, at 83 years old, made that same walk, to loud cheers and applause and chants of “Edie! Edie!” In return, we all got a wave and a kiss blown our way.

To Edie and the others I say, Sophia Petrillo has your back.

We all have your back.