This morning PFAW staff and members joined a crowd of thousands gathered in front of the Supreme Court to chant, march, and speak out in support of marriage equality.  As Supreme Court Justices heard the first round of oral arguments on the marriage cases before them this term, multitudes of supporters gathered on the Court steps to share a simple message: our country is ready for marriage equality. 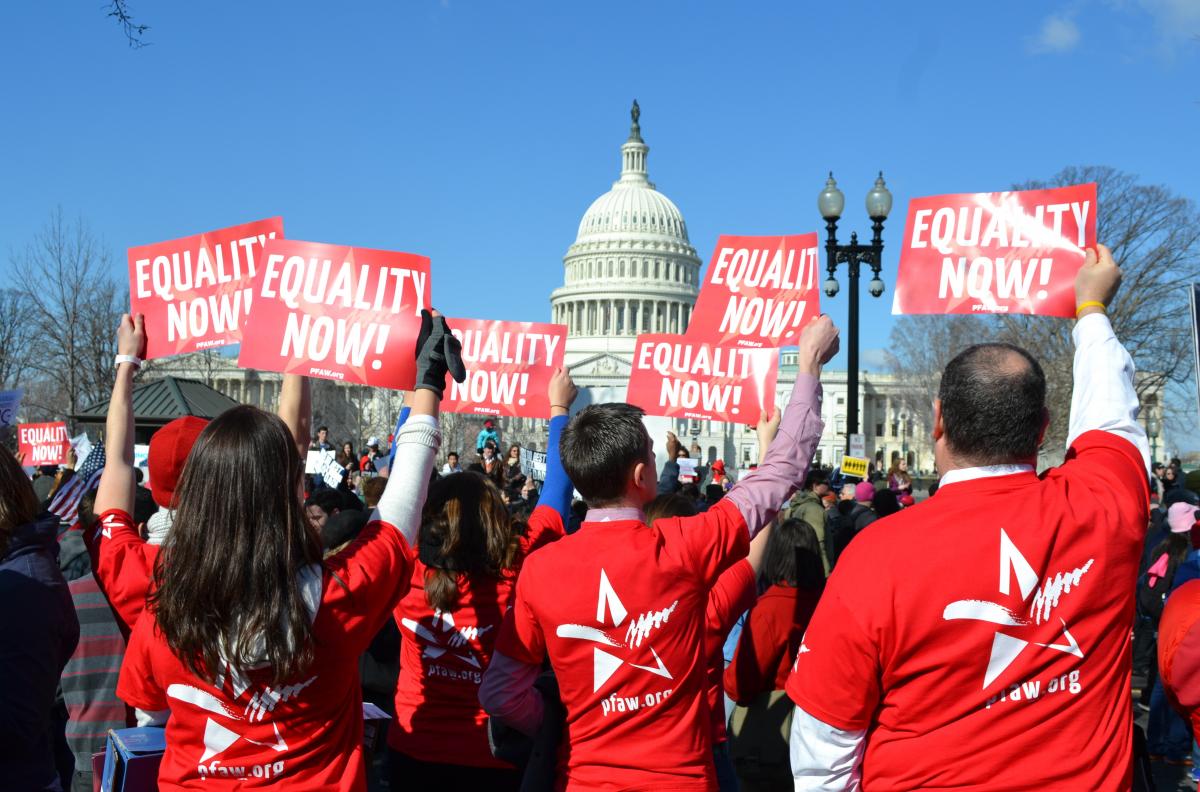 Today, the Court heard arguments on California’s anti-gay Proposition 8. Tomorrow, it will be considering the federal Defense of Marriage Act (DOMA). In the weeks leading up to today, we have been asking friends of PFAW to share why dumping DOMA is important to them.  As I stood out at the rally this morning, I thought about all of the people who had been brave enough to share their story with us – and what this day meant to each of them.

For Bishop Allyson Abrams, a member of PFAW’s African American Ministers in Action, it’s time to dump DOMA “because it hurts and humiliates those who know love and who practice showing it each and every day.”  For Sam Paltrow, member of affiliate PFAW Foundation’s Young People For Program, DOMA has to go because it “teaches that gay families do not matter,” and for Young People For member Erik Lampmann, it’s an “issue of economic justice.”  Missoula City Councilmember Cailtin Copple, member of affiliate PFAW Foundation’s Young Elected Officials Network, “would like the chance to marry the person [she] loves someday.”

While each person at the Supreme Court rally today – and those at the marriage rallies in all 50 states across the country – had a different reason for being there, we had a common goal:  Equality.  Now. 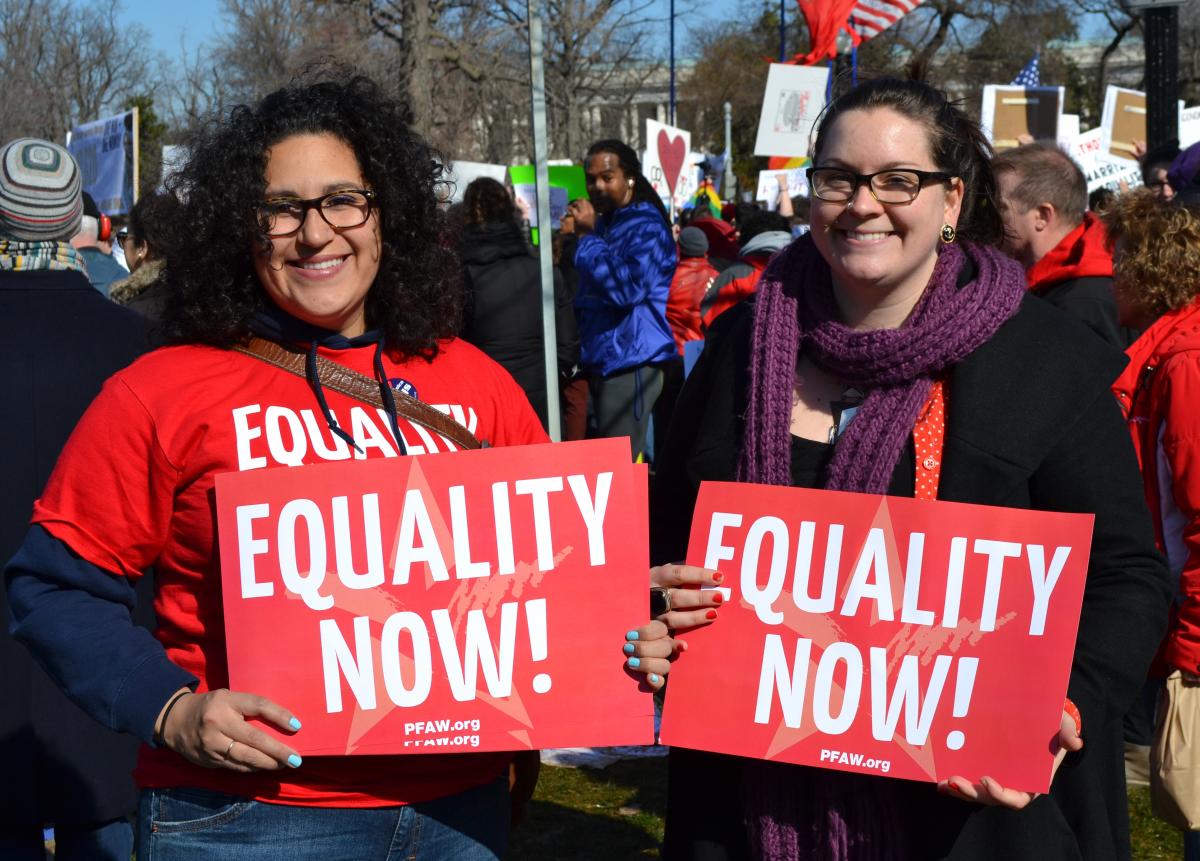