Report from Madison: Standing Up (in the Snow) for Wisconsin's Workers - People For the American Way
Skip to main content

Report from Madison: Standing Up (in the Snow) for Wisconsin’s Workers 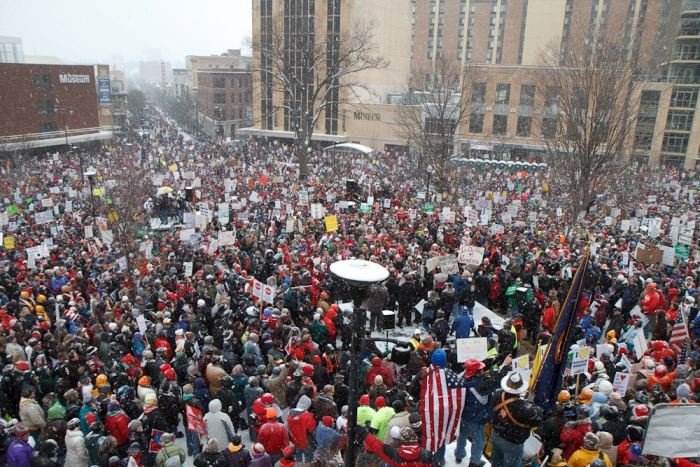 Over the last 13 days, neither rain, nor sleet, nor snow, nor cold has been able to stop the tens of thousands of public employees, their families and allies in Wisconsin’s fight to protect the rights of the middle class and working families.

Democracy, while flourishing in the halls of the Capitol and outside in the streets, was crushed in the Assembly chambers Friday morning at 1am, when after over 60 hours of debate, Speaker Pro Tem Bill Kramer (R-Waukesha) opened the roll and closed it within 15 seconds, allowing only 13 of the 38 Democratic Assembly Representatives the opportunity to cast their vote. The floor immediately erupted with Democratic members rushing the line of Republicans filing out of the chamber chanting “Shame! Shame! Shame!”

As Republicans filed out of the building, Democratic members greeted the hundreds of supporters in the rotunda who have been camping out in solidarity for over a week.

On Saturday over 75,000 people filled the lawn of the Capitol here in Madison, listening as Peter Yarrow of Peter, Paul and Mary, Bradley Whitford along with fellow actors Gabrielle Carteris and Robert Newman and U.S. Airways Pilot Jeff Skiles, the co-pilot who helped safely “land” a passenger plane on the Hudson River in 2009 spoke about their own unions and encouraged the masses to carry on “one more day” with Peter Yarrow assuring the crowd that “the eyes of the world are upon you.”

As has been the case at the end of each day of protests, nothing (not even snow and 14 degree weather) can stop the will of those standing in solidarity with our brothers and sisters in labor. 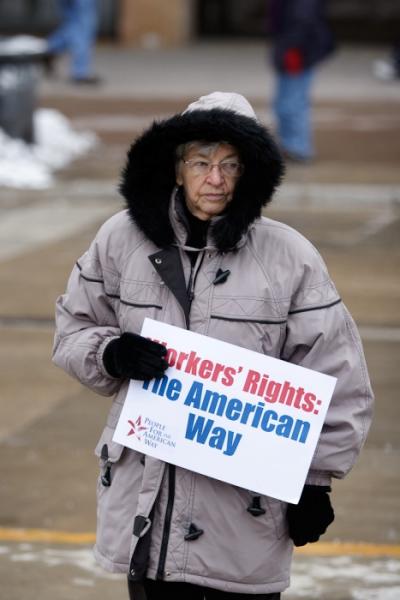 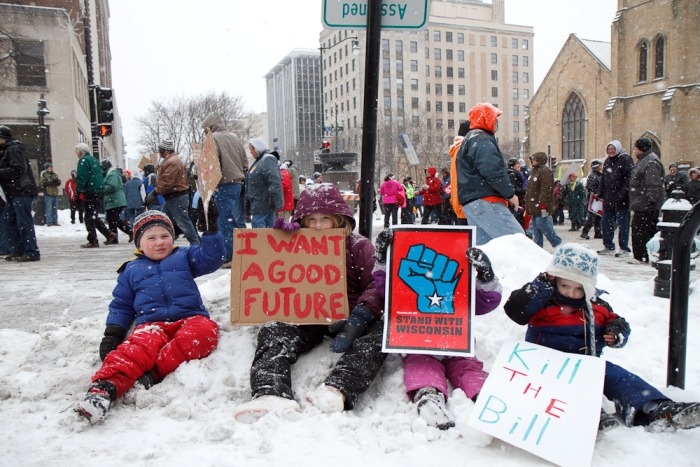 Dave Kreisman is coordinating People For the American Way’s support for workers’ rights in Wisconsin.