Republicans Said What About Immigrants? - People For the American Way
Skip to main content

Republicans Said What About Immigrants?

Comstock said in a recent debate: “Fedex can track packages coming in here all the time. We can track people who are coming into the country, and we can do that right.” 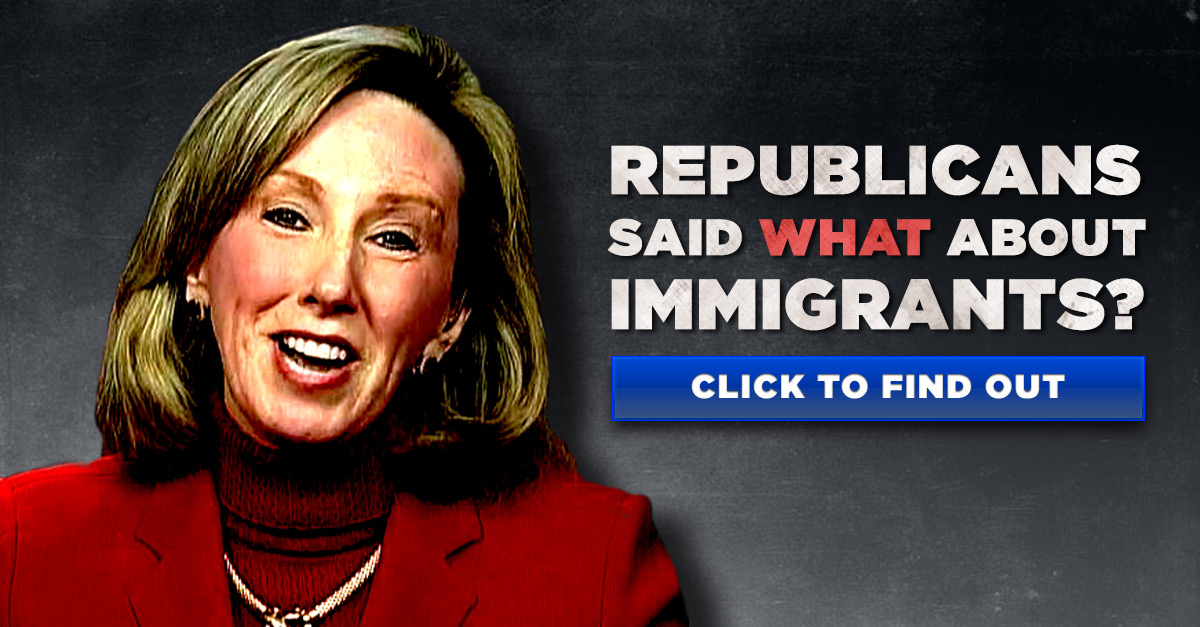 Beginning today, the ad (pictured above) will run in Northern Virginia until Election Day, as will a Spanish-language version of the ad. The text above the ad notes:

Virginia Republicans continue to use dehumanizing and degrading language towards immigrants. Hold them accountable on Election Day, November 4!

Comstock’s comment is just the latest example from a political party that continues to alienate the Latino community with its demeaning rhetoric and harmful agenda. Despite what GOP candidates may believe, immigrants are not rats, or Fed Ex packages, or dogs, or drug runners. That’s why PFAW is working hard this election cycle — in states including Georgia, North Carolina, Colorado, and Wisconsin — to highlight for Latino voters the harmful track records of GOP candidates, and encouraging voters to keep that in mind when they cast their ballots on Election Day.