Right-Wing Justices Deal Serious Blow to Even Legal Immigrants, Including Dreamers - People For the American Way
Skip to main content 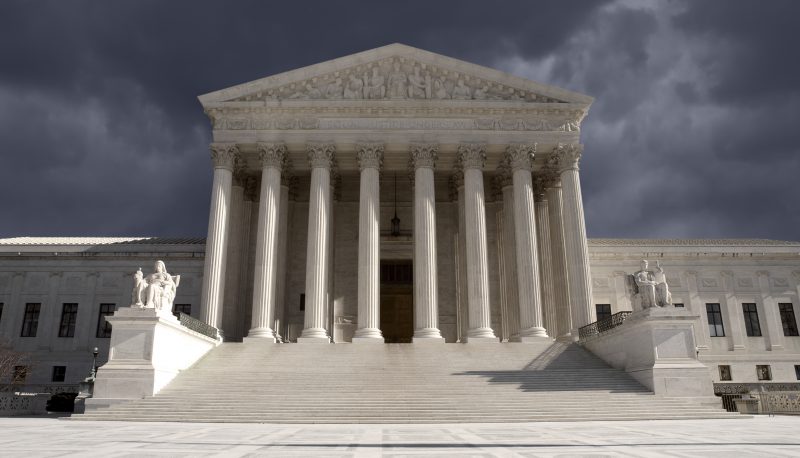 In a sharply divided ruling on Tuesday in Jennings v. Rodriguez, the Supreme Court overruled an appellate court decision that said that all immigrants detained by the federal government were entitled to a bond hearing every six months and could not be detained indefinitely. The five conservative justices held that even people in the U.S. legally who are being held for possible deportation can be locked up indefinitely under federal statutes, despite a vigorous dissent from the moderate justices. The case now goes back to the lower courts to consider whether such indefinite detention violates the Constitution.

The case before the Court concerned Alejandro Rodriguez, who entered the U.S. as a one-year-old baby and became a permanent legal resident. Twenty four years later, after minor convictions of joyriding and drug possession, U.S. Immigrations and Customs Enforcement (ICE) took him into custody and claimed he should be removed from the U.S. due to those convictions. He then spent three years in detention, leading to the lower court’s ruling that he and other immigrants were entitled to a bond hearing concerning their detention at least every six months. More than seven years after he was first detained, the attempt to remove Rodriguez was cancelled and he was allowed to remain in the U.S.

In addition to people like Rodriguez, the Supreme Court decision affects people who enter the U.S. seeking asylum from persecution or who otherwise believe they have a right to enter the U.S., and anyone who is detained by ICE. This can include Dreamers, especially where there are disputes as to their status, as happened to a 22 year-old Dreamer who was arrested last year and kept locked up for several weeks after speaking to the media.

In a powerful dissent, Justice Breyer explained that the majority’s ruling would “put thousands of people at risk of lengthy confinement” for months or years “without any hope of bail.” As the dissent pointed out, nearly two thirds of asylum seekers and 40 percent of those detained because of convictions (like Rodriguez) in fact later receive the right to stay in the U.S. after their detention, making the continued imprisonment even more unreasonable. Justices Sotomayor and Ginsburg joined the dissent, part of which Breyer delivered orally in court to emphasize his strong disagreement; Justice Kagan recused herself from the case, likely because she had been involved in it earlier while she was solicitor general.

The decision is particularly harmful in light of Trump administration immigration policies that are seeking to increase immigration detention “to record-breaking levels as part of its crackdown on immigrant communities,” as one advocate explained. Indefinite detention of immigrants—including green card holders—is a gross violation of our values. Attorneys for affected people will proceed as rapidly as possible to get a lower court ruling on the issue of whether such indefinite detention violates the Constitution, a decision that likely will find its way again to the Supreme Court.