Rio Tazewell in The Hill: The Push to Impeach Trump “Calls for Mass Action” - People For the American Way
Skip to main content 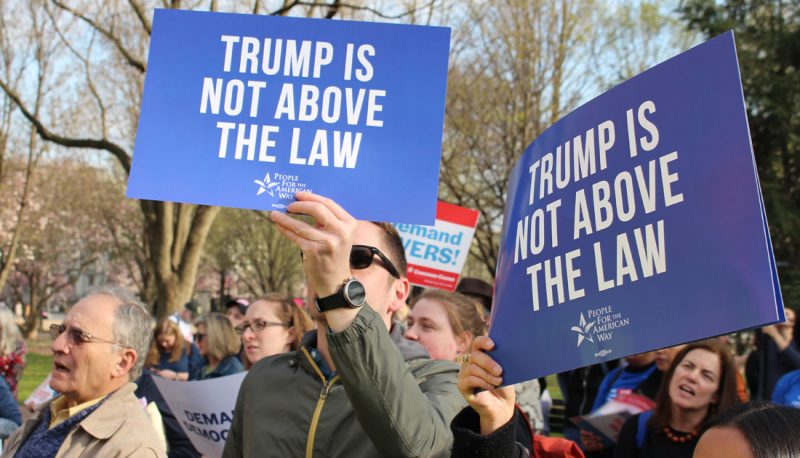 Since the beginning of his term, Trump has separated thousands of immigrant children, stuffed the courts with narrow-minded elitists, funneled money from public coffers and foreign countries for his own financial gain, and destroyed our reputation and global alliances. And while many of us are rightfully outraged over those actions, it’s Trump’s seeming abuse of power that set the stage for the push to impeach him.

In a November 26 op-ed in The Hill, PFAW’s Senior Campaigns Manager Rio Tazewell writes that in addition to our elected officials’ responsibility to hold Trump accountable for his conduct in office, “an active and engaged populace” united in that same effort can be an equally powerful tool to restore democracy in our country.

“Most if not all the major social movements and progressive changes made in this country have been fueled by mass protests. The period we’re in now — one of the few times a president has faced impeachment — calls for mass action. Already, people are responding.

And this moment in time will be looked back upon for generations to come, when those of us who lived through it will have to answer one question: When our country was faced with a president like this, a person who sank so low to win his election, what did we do to try and stop him?”